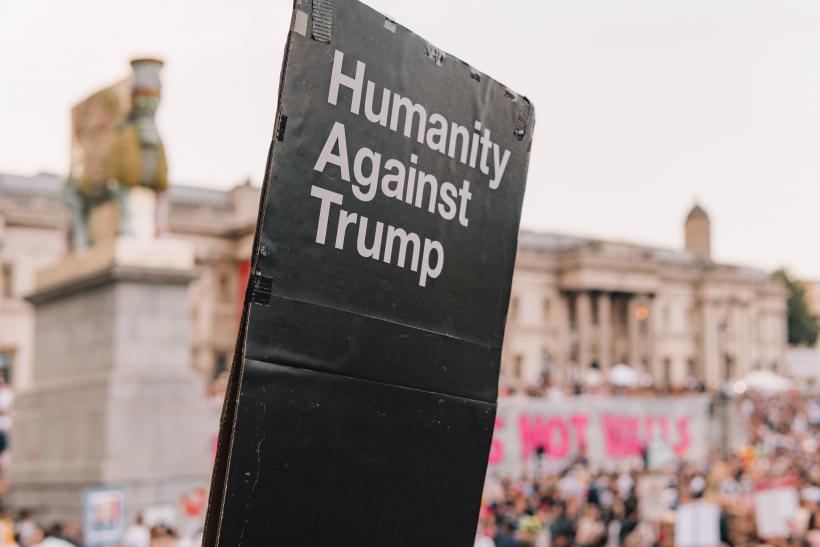 Before the results of the 2016 election, sessions with my therapist were mostly focused on managing the effects my job had on my anxiety disorder. After the election…well, let’s just say therapy went in a wildly different direction. For many Americans, there is a very distinct before and after. We went from feeling relatively safe to feeling like there was a maniac behind the wheel.

It seems that every new day is greeted by an endless stream of shocking headlines that leave us questioning reality. Indeed, Trump’s instability, impulsivity, lack of diplomacy, and deep rooted narcissism are so beyond normal that it feels as is this can’t be real.

The sheer inappropriateness of his behavior has created an environment that causes high levels of stress and extreme feelings of anxiety, helplessness, and animosity for all members of the political spectrum. Many people worry both for their safety and that of their neighbors. Our volatile president has threatened civil liberties, economic stability, the health of our environment, the health of our population, the boundary between church and state, and the very security of our nation. Hell, even white supremacy has rolled out of the shadows and made a triumphant comeback.

At times it feels as if the whole foundation of our country is crumbling into dust.

Which brings me to my point: This isn’t traditional political stress we’re feeling — this horrible, divisive climate is actually harmful to our health. For marginalized groups in particular, Trump and his administration embody a very real threat to their freedom and safety. And that, my friends, leads to some serious anxiety.

Now, this is bad enough for the majority of the population. However, people with a history of anxiety disorders (or any other psychological disorders) are exceptionally vulnerable to the health impacts of stress — which means the actions of the Trump administration are equivalent to throwing fuel into an already blazing inferno.

If you’re suffering from political related anxiety — whether it be standalone or in addition to an already existing disorder — there are a couple of ways to grab the reins and try to wield a little more control over the situation.

Get Involved In Activism

Anxiety blossoms when we live in our heads, especially if we fixate on feelings of hopelessness and powerlessness. Instead of focusing on what you cannot control, shift your attention to what you can control. This is the basis for empowerment.

Figuring out what level of involvement is right for you, and take action. Making a difference and connecting with like-minded people who have similar concerns is extremely helpful. You can stand up for what you believe in a number of ways:

Regaining a feeling of control, taking on new challenges, and helping others are just a few of the positive effects activism can have on your life. You’ll find yourself feeling much better when you’re working to be the change you want to see.

Take A Step Back

The neverending train wreck that is the Trump administration is being amplified by both social media and the 24-hour news outlets. If you’re constantly plugged into this horrifying stream of consciousness, you’re more likely to burn out. Social media is especially toxic as you’re likely to see people expressing their strongest opinions in the cruelest ways. And getting into Facebook or Twitter fights rarely, if ever, makes you feel better.

Laura Lansrud-Lopez, clinical director of Southwestern College’s Tierra Nueva Counseling Center, gives this advice,“Stop gorging on the news, and give your body time to heal. If you had a broken leg, you’d stop walking on it.”

Consider a complete withdrawal from social media and the news. Delete the apps from your phone, and if you don’t need to use social media for your job, install browser extensions to block the websites on your computer. Then, take some time to focus on the things that quiet your mind and help you relax. This could be anything from meditation, to exercise, to reading. Whatever makes you feel calm and content.

When (or if) you’re ready to get back on the horse, set aside a small part of the day to read the news and check your social media accounts. It may be helpful to set a time limit. Once you’re done, examine your feelings, and then move on.

Remember, it’s OK to take a time out for your health. It doesn’t make you any less of a good citizen.

Sometimes it feels as if the stress, anxiety, and outright anguish caused by the Trump presidency worsens with each passing day. The only way to combat this anxiety is to exert a bit of control over our lives. Doing the things that make you feel happy and confident is the best way to get through this low spot in the history of our nation. You can take some time to recover, you can fight the good fight, or you can do both. No matter what you choose to do, make sure to spread as much love and goodness as you possibly can.

Liz Greene is a makeup enthusiast, rabid feminist, and anxiety-ridden realist from the beautiful city of trees, Boise, Idaho. When she’s not writing, she enjoys eating fancy cheeses, fantasizing about what life would be like if she had an Iron Man suit, and re-watching Venture Bros. episodes for the 100th time. You can follow her latest cosmetic misadventures on her blog, Three Broke Bunnies or follow her on Twitter @LizVGreene

If you like this article, please share it! Your clicks keep us alive!
Tags
activism
anxiety
donald trump
mental health
protest
social media