Parent-Shaming Is Changing The Way We Raise Children 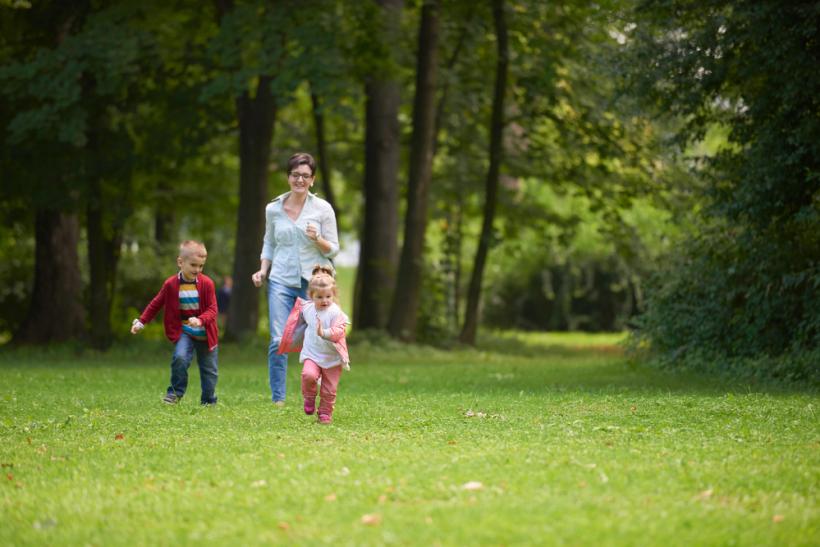 Parent-shaming has exploded in recent years.

My friend was recently parent-shamed by a former sorority sister. Said sorority sister — pregnant with her first child — was explaining how she would be doing elimination training and that her baby would be potty trained by the time she was a year old. She then, quite nastily, exclaimed, “I don’t want to be dealing with a two-year-old who’s still in diapers,” gesturing to my friend’s toddler.

My darling friend dealt with things in a far more good-natured manner than I would have. She simply smiled and said, “You’ll soon realize that, when raising children, things rarely go according to plan.”

Parent-shaming has exploded in recent years. Although it’s always been around, the advent of social media has made it easier than ever to shame strangers anonymously, saying things via a comment box that we’d never state to someone’s face. And let’s not kid ourselves — these observations aren’t meant to encourage a beneficial change; they’re meant to belittle other parents and make the shamer feel superior.

This shaming often fails to consider the role of other caregivers, cultural factors, or financial constraints. In its most insidious forms, it actually criminalizes low-income and single parents.

Constant shaming — whether encountered online or in person — can take a toll on parents. It influences how they feel about their methods, decision-making, and overall approach to parenting. And that, in turn, can change the way they raise their children.

The first few years of a child’s life can be a turbulent time for parents, as they are continually making important choices on behalf of their children. When a parent encounters shaming, it can shake their confidence, make them feel uncertain about their abilities, and increase their anxiety about parenting. This negatively affects their ability to make these important decisions and, over time, can be harmful to both parents and their children.

Shaming is not only psychologically harmful to parents, it also leads to inconsistency. Consistency provides boundaries for children, helping them to organize and integrate information into their brain. When children are able to predict their daily routine or how their parents will respond to certain actions, they feel more secure and make better choices. Inconsistency, however, leads to insecurity, which can cause the development of characteristics such as aggression, hostility, complacency, passivity, or anxiety.

Most people assume that a child’s accomplishments are representative of their parents’ efforts. As such, many parents only feel like they’re doing a good job when their child is successful. They fear that a misstep (no matter how small) will make them look like a bad parent. And so they constantly come to their child’s rescue, preventing their children from making mistakes and encountering failure.

Unfortunately, it’s the children of these parents who end up paying the ultimate price. There are valuable life lessons to be gained from failure. Failure gives kids the opportunity to work on problem-solving skills and increase their mental fortitude. They must learn how to recover from failure when they’re young or they’ll be unable to properly deal with it as an adult.

In fact, a 2013 study found that college-aged children of so-called “helicopter parents” reported high rates of anxiety and depression as well as decreased feelings of autonomy and competence. By raising children who are never allowed to encounter and overcome failure, we are condemning them to an adulthood marked by helplessness, powerlessness, anxiousness, and a lack of the emotional resources they need to cope with setbacks and failure.

Parents Are Compromising Their Values

Parenting in public when you can practically feel the judging gaze of strangers can be extremely difficult. There aren’t many people who haven’t felt compelled to parent in a way they normally didn’t because they were in a public setting. But in the age of social media — when it seems that our whole lives are public — some parents are focusing more on the eyes of the masses than on their own beliefs.

In an effort to avoid looking like a bad parent (and being on the receiving end of shaming), some parents are changing their parenting habits. Perhaps they used disposable diapers but were shamed into switching to cloth. They may have been a believer in attachment parenting but abandoned the practice because they received hurtful comments. It’s important to remember that, ultimately, our obligation is to our children — not to bystanders. We should parent in the way that best fits our lifestyle and belief system.

When it comes to parenting decisions, people are going to judge you no matter what you do. Take the hotly debated breastfeeding issue, for example. Since scientific research has shown that there are numerous health benefits to breastfeeding, many parents are judged if they don’t exclusively offer breastmilk to their infants. This, of course, ignores the fact that many parents can’t breastfeed for a number of perfectly acceptable reasons. Conversely, parents who do breastfeed are judged for where they do it, if they do or do not cover up, and when they wean. Essentially, you’re damned if you do and damned if you don’t.

There is no one-size-fits-all approach to parenting. As long as you’re doing your best, doing what’s right for your family in your circumstances, and practicing a bit of self-care now and then, you’re good as gold. Remember, your parenting choices are your own — you’ve got this.

If you like this article, please share it! Your clicks keep us alive!
Tags
parent-shaming
shaming
raising children
parenting
social media