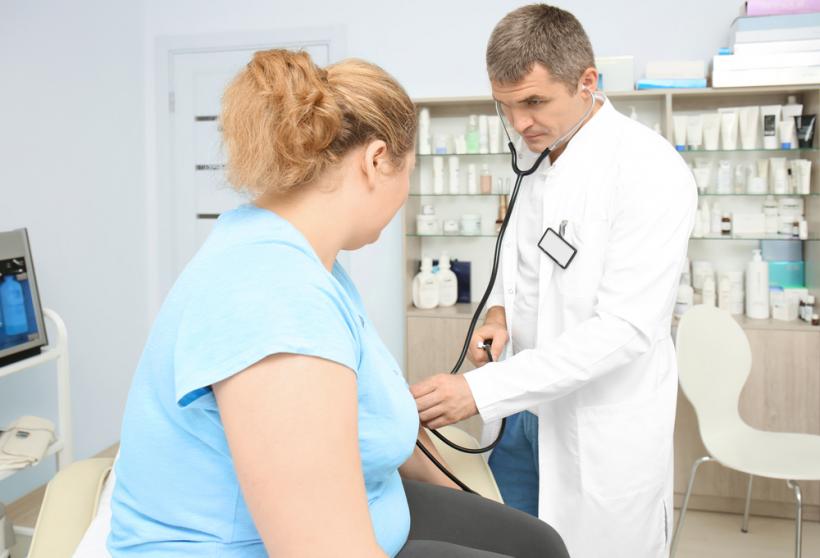 It’s time for doctors, nurses, and other healthcare professionals to take a long, hard look in the mirror and recognize their body weight biases.

This article was first published on Role Reboot and has been republished with permission.

In 2009, I was struck by a mysterious stomach pain that effectively put my life on hold. I lost my job, could barely manage getting out of bed, and spiraled into a deep depression. The pain was so great that I couldn’t eat much more than a morsel here and there. I lost 80 pounds in three months, and it seemed to be all anyone could talk about. My friends and former co-workers told me how great I looked; my doctor told me to “keep up the good work.”

They shrugged it off when I told them I wasn’t trying to lose weight, that I was horribly ill, that the pounds were melting off because I wasn’t eating. Their casual words and cold indifference made it pretty clear that my health wasn’t what was important — the only thing that truly mattered was my appearance.

I broke down one night, turning to my mother in my pain. “I would rather be fat and healthy than be thin and feel like this,” I sobbed into her shoulder.

Eventually, my wish was realized. After six months of agony, I received a proper diagnosis and got back to normal life. A few months passed and I was back to my pre-stomach pain weight — happy, healthy, and fat.

Unfortunately, I still carry that doctor’s careless words with me to this day. I remember how helpless I felt, how angry. If things had continued on that track for much longer, I very well could have died. How sick, how emaciated would I have had to become for him to recognize that this weight loss was the symptom of a serious illness, not something to be encouraged and congratulated?

The horrid truth is that many doctors think the way he did. There’s a significant bias against fat people in the medical industry, and it’s getting dangerously out of hand.

How Bad Is It?

Though medical professionals should have our best interests at heart, they’re often the ones who make us feel the worst. According to a study out of the University of Washington, doctors have similar levels of weight bias as the general public. A study published in the International Journal of Obesity found that the larger bodied a patient was, the more negative doctors’ attitudes toward them were. These doctors reported that they felt less patience the heavier the patient was, and that seeing them was a greater waste of their time. Further research has revealed that doctors often spend less time with higher-weight patients and fail to prescribe diagnostic testing.

Fat bias within the medical community can have life-threatening consequences. By making assumptions based on a patient’s weight, doctors often fail to provide prompt and accurate diagnoses and treatments — that is, they fail to practice the all-important evidence based care. Large-bodied patients are also frequently denied prescriptions, referrals, and surgeries until they lose an arbitrary amount of weight.

Other ramifications of this bias and stigmatization include:

Higher-weight people who have eating disorders often don’t receive the diagnosis and treatment they so urgently need because they don’t “look” like someone with an eating disorder. What’s even worse is that some doctors actually contribute to the development of disordered eating by prescribing behaviors they’d consider disordered eating in thinner patients.

Fat shaming is extremely detrimental to people’s mental health, especially when it’s perpetrated by medical professionals. The devastating impact fat shaming has on a person’s emotional well-being can lead to low self-esteem, poor body image, and mood disorders such as depression and generalized anxiety disorder. It can also induce emotional eating, which may result in further weight gain, thus contributing to a vicious cycle.

When people of size have traumatic healthcare experiences, they sometimes eschew medical care altogether to avoid being shamed. They’ll wait until medical problems are dire before seeking help, as previous interactions have taught them to mistrust doctors. But even when they do seek medical care in a timely fashion, fat patients often experience dangerous delays in proper diagnoses because doctors are quick to blame all symptoms on their weight.

A 2008 review found that higher-weight female patients were less likely to be screened for breast and cervical cancer. Another study revealed that only 68 percent of women with a BMI of 55 or greater were given Pap tests, while 86 percent of other women were tested. Unfortunately, when doctors refuse to properly test, screen, and identify disease because of their own biases, the real diagnoses can come too late.

Many doctors and nurses are trained in a system where fat bias is pervasive, a system where they’ve been provided with faulty research and a heavy dose of misinformation. But perhaps the most obvious answer is that medical professionals are human too. They don’t automatically drop their biases and prejudices the minute they’re handed a degree. And, unfortunately, many of them don’t understand the entire scope of the Hippocratic Oath. They don’t grasp the numerous ways they can harm a patient without even meaning to.

What We Need As We Move Forward

What we really need is medical professionals who practice patient advocacy — you know, those who care enough for their patients as human beings to actually speak up for their rights. We also need doctors and nurses who are willing to advance medical research and stop using outdated, biased studies to shame their patients. Most experts now agree that a combination of genetic, socioeconomic, and environmental factors can all lead to obesity, yet too many doctors are still treating it as an issue of willpower.

The medical community has failed to treat fat people with the same care and basic dignity that thin people are given on a regular basis, and it’s bringing about suffering and death on a terrible scale. It’s time for doctors, nurses, and other healthcare professionals to take a long, hard look in the mirror and recognize their biases and commit to doing better for all of their patients. Large-bodied people everywhere are depending on them.

If you like this article, please share it! Your clicks keep us alive!
Tags
weight
doctors
health
fat