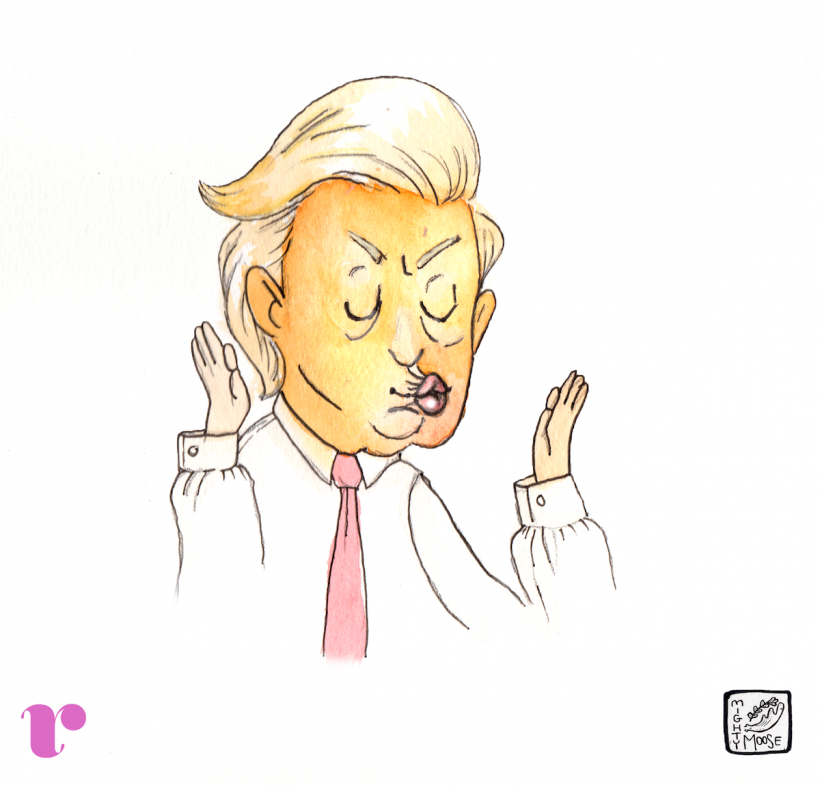 This morning a friend of mine posted that she happened to be attending an event at the same venue as the 2017 Value Voters Summit, a convention hosted by the Family Research Council for conservative voters to gather and…be conservative.

Like really conservative. Like she said a guy was walking around in full Revolutionary War garb carrying a Don’t Tread On Me flag. Conservative cosplay. Hearkening back to a purer time in American politics, when white people were the protestors — flinging tea into the harbor — and black people were not even people. They were possessions. So were women. And LGBTQ people? Shit. They were just called sodomites and put in the stocks in the center of town.

Maybe that nostalgia for a time when white men were supreme and everyone else was inferior in the eyes of the law is why Donald Trump is speaking there.

I’m sorry. Was I screaming?

To give you an idea of why I hate the Family Research Council so much, they were the group that hired Josh Duggar as their homophobe in chief. Yeah — Josh “I groped my sleeping sisters” Duggar was one of their executives. The group trots around the country trying to prevent trans people from accessing bathrooms and gay couples from getting wedding cakes.

In short? They suck.

But Trumpy-poo looooovveeeeesss them. He spoke to them in 2015 and 2016 as a candidate and GOP nominee. He will be the first sitting president to address them in the 11-year history of the event.

Granted, he’s only the third president of the event’s lifetime, and Obama clearly wasn’t going to hang out with them. But George W. Bush didn’t spend any time in their midst either, so… yeah. They’re fringe.

Why should this matter?

Because it adds to Trump's pattern of gravitating toward extreme factions of the American body politic. He thrives in the company of the most bigoted and compassionless activists we have produced in generations.

I had harbored a hope that after the campaign was over, Trump would drop the far-right and start behaving more like a typical pro-business Republican. I expected to see him mess with the tax code, move money from one column to another, cut some sweetheart deals for government contractors, and then go golf with the Koch brothers or something. Instead, he seems to crave the kind of slavering adulation that only pandering to social troglodytes can give him.

But being foolish has never stopped Donald Trump. The only thing that will stop him and the hate that grows in his wake is resistance.

Think about it. He called the New York Times — the paper of record, with hundreds of years of top quality journalism under its belt — “fake news.” But he calls the Nazi-sympathizing participants in the Charlottesville Unite The Right rally “fine people.” He pardons Joe Arpaio, a man who ran a literal tent city where he detained innocent people in 100-degree heat, but he called Mayor Carmen Cruz of San Juan a failed leader when she begged for more assistance after Hurricane Maria. He calls football players who take a knee during the national anthem to protest police violence against black people “sons of bitches.” He has never rebuked David Duke, former Grand Dragon of the Ku Klux Klan and one of his most vocal supporters.

Trump announced Thursday that the United States would be pulling out of the United Nations Educational, Scientific and Cultural Organization — but he’ll speak at the Value Voter’s Summit, where people deny the science of climate change and evolution.

Donald Trump aligns himself with bad people. He willfully and knowingly insults good and honorable people.

Why does he choose to spend his time and energy courting the Nazis and homophobes and racists and misogynists? I don't know, and I’m not sure I care why. I only care that he does. Because every time he walks into a room with these people, he legitimizes their message. He empowers them. He emboldens them.

Donald Trump is the greatest enabler of hate in America today.

I can’t say one way or another if propagating radical and destructive right-wing elements is Donald Trump’s intent when he shows up at these events. He may only be going there because that's where the applause is. But the fact remains that siding with the Joe Arpaios and David Dukes of the world and standing before anti-LGBTQ crowds at the Value Voters Summit gives the people involved the imprimatur of the United States presidency. That is a priceless endorsement, one that has eluded the political fringe for most of our history. The times the White House has bowed to the forces of radicalism are times tinted with shame: the Trail of Tears, the internment of Japanese Americans, Jim Crow. It is foolish to cater to these forces now when history is so replete with evidence that doing so is always a mistake.

But being foolish has never stopped Donald Trump. The only thing that will stop him and the hate that grows in his wake is resistance.

If you like this article, please share it! Your clicks keep us alive!
Tags
misogyny
Politics
donald trump
homophobic