Reasons Some Women Hang Onto Blame And Anger After A Divorce 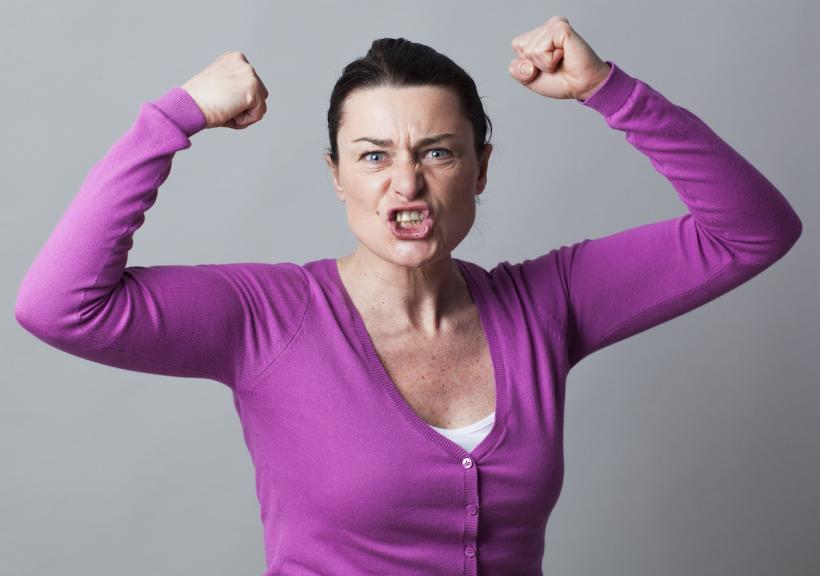 Anger and blame aren’t helping you in any way, shape or form.

Just like with any loss, there are emotional stages that women go through when dealing with their divorce. Women will experience Denial, Anger, Bargaining, Depression and finally Acceptance. Regardless of the reason for the divorce, women will go through many emotions as they cope with the major change in their life.

While some women are eager to get through the stages so they can move onward towards the final stage of acceptance and a new life; some women can get stuck in the blame and anger stage.

Blame and anger are natural and strong emotions that can sometimes take over and put up a road block, not allowing you to even reach the other stages of dealing with the divorce.

So, why do some women hold onto blame and anger after divorce?

It’s easier than accepting any blame yourself.

It’s far easier to use your anger and cast blame on your ex for the divorce. You can look at them and point an angry finger, listing off the reasons they ruined the marriage. Whether it be infidelity, abuse, a lack of attention and love or some other reason, the blame gets placed on them and taken off you. Following the blame, you feel angry at them for allowing or causing these occurrences that in your eyes, led to your divorce.

Have you ever heard the saying, ‘When you point your finger at someone, be careful because there are three pointing back at you.’? When you put the blame on someone else, it protects you from having to own any of the responsibility of the divorce yourself.

Sometimes a person gets stuck in this stage because it’s far too painful to look at themselves and see what they might have done to bring on the divorce as well. It’s easy to look at someone else and find faults and blame, but it’s a whole other story to look in the mirror and see what faults we have that could have just as easily caused the divorce.

It’s easier to not move on and allow yourself to feel sad.

What comes after blame and anger in the emotional stages of divorce? Bargaining and depression. Once you move past the blame and anger, the emotions you’ll experience are some of the most difficult and painful of the entire process. Who wants to have to go through those?

As draining as it is to carry a constant feeling of anger towards your ex, it’s sometimes perceived as easier than dealing with the sadness and depression. It’s much easier to just continue with the anger and placing the blame on your ex so that you don’t have to feel the sometimes-overwhelming sadness that comes next.

Once you stop being angry and realize that this is indeed something that has occurred, you’ll allow yourself to accept your situation. Regardless of the causes, regardless of the blame, you’re now divorced and your life will never be the same as it once was. That realization can be so painful and heartbreaking that you want to put off even reaching that stage.

What good is the anger and blame doing for you?

Anger and blame aren’t helping you in any way, shape or form. It’s only causing you more stress and more pain in the long run. Most of all, they won’t change the ultimate outcome of your divorce. What it will do, is end up hurting you and others even longer.

If you’re someone who is stuck in the anger and blame stage of divorce, I know it can be difficult to let go of that and allow yourself to feel the pain that will come next. Let me assure you, once you’ve gotten through that stage you will enter the most wonderful and fulfilling stage of divorce: Acceptance.

No more anger and blame, only acceptance.

Acceptance can be sad as you look back at what could have been versus what your reality is now. But, believe me, the acceptance stage can be beautiful and life altering in so many amazing and wonderful ways. It’s a new beginning!

So, unload that heavy burden of blame and anger that you’ve been carrying on your shoulders. Set it down and let it go. Allow yourself to feel and experience those next steps. The sooner you do that, the sooner you’ll move on to acceptance and the new and beautiful life ahead of you.

If you like this article, please share it! Your clicks keep us alive!
Tags
divorced moms
divorce
divorce advice
letting go
anger
blame