Take The Cake: The Confidence-Industrial Complex 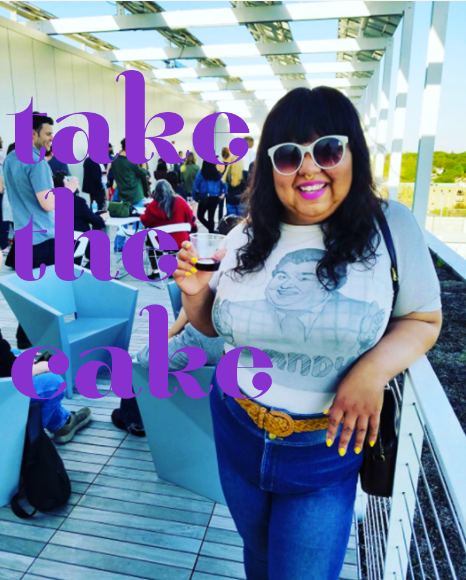 Confidence can be faked, but healing takes time, energy, and work. But it's worth it. (Image Credit: Instagram/virgietovar)

The first time I ever read about confidence was in Cosmo.

The article focused on a series of short interviews with men. There were head shots of smiling white dudes and one black dude, each with a quote underneath about why they liked confident women. Takeaway: confidence was sexy.

I wanted to touch wieners. And if confidence was the way to do it, then I was ready. I tried to reverse-engineer the behaviors that would communicate this thing that men wanted in hopes of getting close to one.

Like many women and girls, I was taught that confidence is a commodity that we can use to attain romantic and sexual attention from men. We spend a lot of money and energy trying to capture that elusive sense that we are worth a damn.

Later on, confidence morphed into something a little different. In my early twenties I was introduced to the idea that I had the right to throw my shoulders back and hold my head up high. It was totally life altering. I had never imagined I could do that unless I “earned” it through weight loss (total fatphobic lie, obviously!). I had started hanging out with some epic feminists at my college. They taught me about self-advocacy at the doctor’s office, the violence of patriarchy, and letting go of sexual shame.

I began saying “no” a lot more, focusing on my sexual pleasure, giving a lot of eye contact, flirting aggressively, talking back to doctors and to my dad, wearing what I wanted, and refusing to feel ashamed of what I needed.

Sometimes we really do need to “fake it 'til we make it,” but lately I have been allowing myself the space and energy to actually heal.

Those experiences changed my life and I loved how powerful I felt. But similar to my Cosmo-reading pre-teen days, I was very focused on the behaviors I had adopted. And for a long time, that was enough. About a year ago, though, I started wanting something else. I didn’t just want to “act” confident anymore. I wanted to feel different. I wanted to feel whole.

And that’s when I realized that there was a distinction between confidence and healing.

For a long time, I think I tried to capture the feeling of being healed by taking on the behaviors and body language that I learned indicated confidence. That was really helpful for me in many ways. Sometimes even when I wasn’t sure I believed I deserved something that mattered to me, I was able to take on a mindset and affect that empowered me to demand it.

Sometimes we really do need to “fake it 'til we make it,” but lately I have been allowing myself the space and energy to actually heal.

Confidence in many ways can be about armor. And armor is important when you are dealing with acute stigma and discrimination, when your body is under cultural assault. We often need that confidence in order to survive. Putting on armor is a lot of work, though, and so in that way, armor can sometimes drain us in the long run.

Healing, on the other hand, is a generative process. It is a difficult undertaking because it isn’t a set of behaviors or ideas. Healing is weird, non-linear, and often not super flashy. But for me, healing has become my primary focus and it has led to major shifts in my sense of self, more clarity about what I need, and a deeper relationship to my desire.

I have been trying a lot of things: setting aside time to write about how I’m feeling, allowing myself the time and space to experience sadness or rage when they come up (even though it’s very unpleasant), mourning the parts of myself that I’ve lost to really negative experiences, investing in a therapist (as I’ve mentioned before, I use the uber affordable TalkSpace app), and taking a break from communicating with my family.

What’s ensued has been nothing short of amazing — sometimes I can almost literally feel a sense of worthiness filling up all the places that are broken, like a glue made of feelings.

I am not saying that there is no place for confidence in my or anyone’s life.

I’m saying that what I think I was seeking all along was this feeling — synchrony between myself and my body, between my behaviors and my desires, a wholeness that begins with the deepest sense of my own value and right to life that emanates outward fearlessly.

I don’t know if crying and journaling is gonna make it into Cosmo, but this is where I’m at now. And I’m into it.

If you like this article, please share it! Your clicks keep us alive!
Tags
take the cake
Virgie Tovar
fatphobia
Healing
therapy
confidence
fat positive