Take The Cake: Diary For May 10 - Pastrami, Dick, Feelings 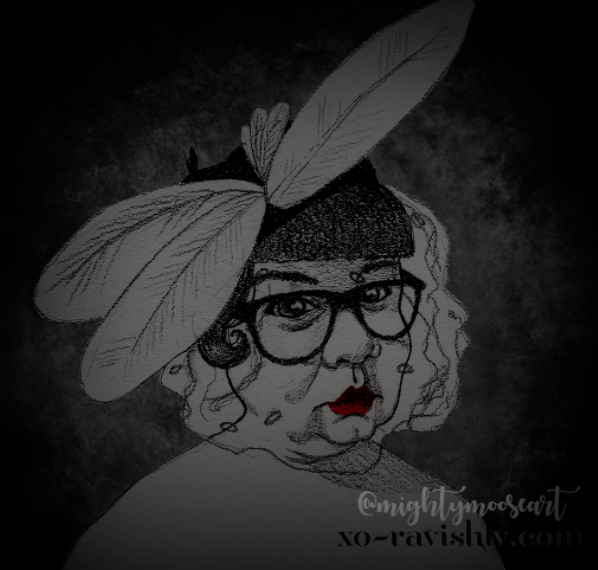 "All I want is a hamburger with pastrami on it and to write a story about dick." (Image Credit: Mighty Moose Art, @mightymooseart)

All I want is a hamburger with pastrami on it and to write a story about dick. DickDICKdiiiickDICKDick.

The pastrami-burger is leftovers from last night. I went to this restaurant in Menlo Park called Oasis and they had an impressively pornographic menu of meat + bread combinations.

But this isn’t a story about how he’s cute and sad with a slump in his shoulders. Or how he’s paranoid and smokes cigarettes. Or how he acquiesces more easily than most men. Or how his skin doesn’t taste like anything. Or maybe it’s that I chew gum so no one can taste me, and the flavor is so strong that it makes it impossible to taste anyone else.

This is a story about how his 5 o’clock shadow feels and how he didn’t wear underwear last night but how he did wear house slippers (Odd. Am I insulted by this? I’m insulted by life, so this is both insulting and nothing out-of-the-ordinary at the same time. Someone told me once that a word that defines everything defines nothing. So I guess, if I were to extrapolate that outward to my situation, if I am always insulted then I am never insulted.). And how I had to cajole him off the street below the landing outside my bedroom by talking to him over the phone. The window was open so I could hear him in real life and then over the phone and he could hear me and then also over the phone. And I’m so weird and controlling, but also patriarchy and fatphobia made me that way and so now men just have to deal with it, right?

I guess monogamy compounds the awfulness of the fact that most couples are only together because they are strategically attempting to amass as much social capital and wealth as possible so they can be as un-unique but also jealousy-inspiring as possible.

“Listen, _____. We talked about this already. You either have to come up into my dark apartment and fulfill my intruder fantasy without speaking at any point, or you can just go home right now, ____. You decide, ____.” When you’re being adamant, it’s important to repeat someone’s name over and over again.

He gave in again. I guess he does that a lot?

But this isn’t a story about all that.

It’s a story about how he was kissing my breasts. He’s very gentle despite being a Virgo.

The first thing I did was kiss his stomach.

He kissed the top of my head in a terrified kind of way. Listen to me going on romantically.

And when I told my friend ______ about him while we were eating this citrusy eggy pasta dish I read about in Martha Stewart Living, it turned out that he was her coworker’s boyfriend.

Odd. Am I insulted by this?

Monogamy is as much a story as heterosexuality is, as much of a fib as “thin is good” or “fat is bad” are, as much of a fairy tale as gender is. Monogamy is so awful. Like, why do we do it? I mean, OK no. I guess monogamy compounds the awfulness of the fact that most couples are only together because they are strategically attempting to amass as much social capital and wealth as possible so they can be as un-unique but also jealousy-inspiring as possible.

The point is: no matter how wonderfully delicious a man (or anyone) is, once you’ve seen him shit, sneeze, fall, eat peanut butter or chew loudly, if there’s nothing else (or mostly nothing else), then he will ultimately make your skin crawl. So, there’s no point after all, right? In doing things the way we know how to do them? Because it if all just leads to skin crawling, then what difference does it really make anyway?

In conclusion, pastrami is delicious and I’m very bad at writing erotica.

If you like this article, please share it! Your clicks keep us alive!
Tags
Dick
erotica
fantasy
feminist erotica
monogamy
patriarchy
take the cake