Take The Cake: 'I Love Dick' 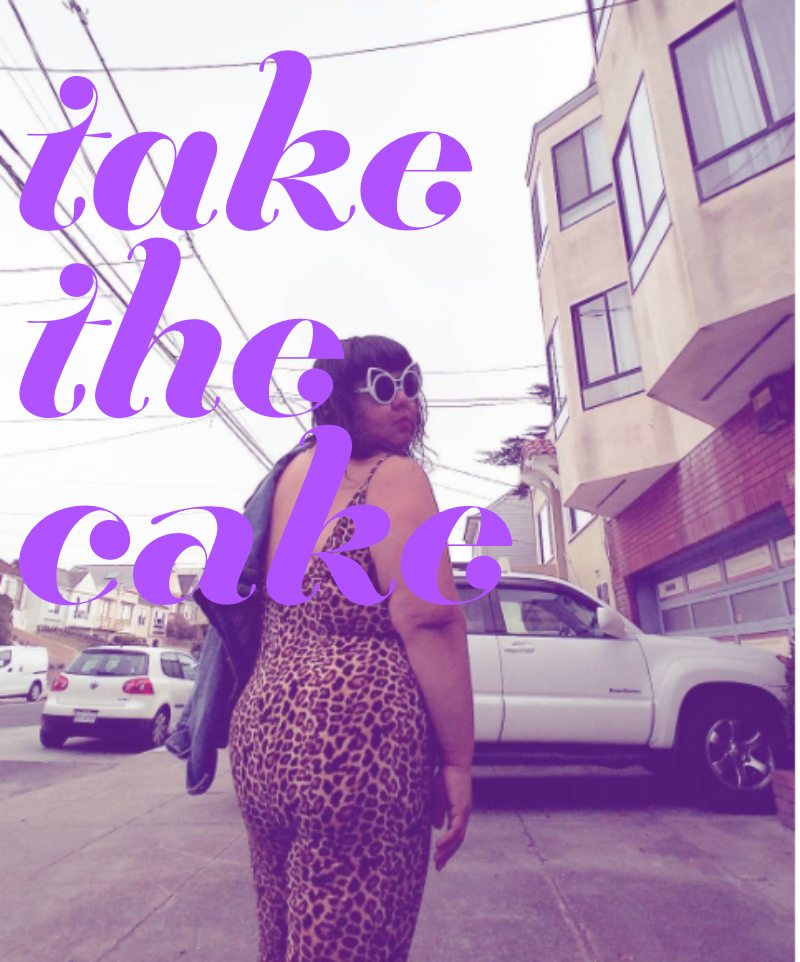 Last week I was sitting anywhere between nineteen and thirty-seven feet from Kevin Bacon. There was a special San Francisco Film Festival screening of the first two episodes of Amazon's new show I Love Dick, based on the book of the same name by writer Chris Kraus.

I had no idea The Bacs was going to be there. The screening promised “special guests.” Usually, that means you’re going to get the inside scoop on the inner workings of a staff writer (not complaining!). As I was entering the theater, I ran into someone who worked at the festival, and he informed me that Kevin was in the house. I grabbed him by the shoulders involuntarily and shook him a little (we know each other... don’t worry). I took my seat, and out he strolled with exactly the swagger you’d expect, from behind the red curtain at the New Alamo Theater on Mission Street.

I ran to the front row to be as close to him as humanly possible. I have, literally, zero chill around long-time celebrity crushes. If I have masturbated thinking of you, I am going to try to swim in your pores if we happen to ever end up in the same room together.

The show/book is about a lot of things, but in many ways it’s about unrequited love and the intimate internal knowledge that obsession breeds. Dick is a pretty relentless asshole (he says things like “I haven’t read a book in ten years because I am post-thought” and “I have never seen a good film made by a woman”), and this incites desire in the main character — Chris Kraus. It took me a while to remember that I was like that once, before fifteen years of feminism turned me into a woman who no longer transmutes dissatisfaction into arousal.

Sometimes rejection is a desirable outcome — even if only subconsciously. I love taking zero actual romantic risks. My favorite thing to do is to overshare on the first date, so I never have to be really vulnerable ever again. It’s like my insurance policy against future accusations of heartlessness.

Watching the show reminded me of my own brushes with unrequited love, and the flirtations that keep my day interesting. Sometimes (okay, most of the time) these unrequited experiences and flirtations are all about me — not the object of my interest. I have learned a lot about myself by watching who I’m drawn to. The people who arouse me are rarely the people who make me feel safe (and I know this comes from my fractured relationship with my mother — my first love who seared into my young mind a lifelong connection between emotional volatility and desire).

"Because emotion's just so terrifying, the world refuses to believe that it can be pursued as discipline, as form."
― Chris Kraus, I Love Dick

Sometimes rejection is a desirable outcome — even if only subconsciously. I love taking zero actual romantic risks. My favorite thing to do is to overshare on the first date, so I never have to be really vulnerable ever again. It’s like my insurance policy against future accusations of heartlessness.

Actual vulnerability is what makes connection and closeness possible. Obsession is another beast. I find that I — like many women — have forgotten how to want closeness, and so I seek drama in its stead. For me, being fat further complicates things because I am frequently anticipating rejection and questioning my experience of interest.

This happened the other night, for example. I was in a Lyft and the driver and I started talking. He made some weird comparisons of himself to the Pillsbury Dough Boy, did a bunch of funny voices and when I began to explain to him the rules of “Spotting a Crypto-Douche” he seemed super amused. We arrived at my apartment, and he stopped the car, put it in park, turned off the meter and kept talking while turning his body to face me. He seemed like he didn’t want me to leave. He kept talking long after I’d opened my door to step out. I wanted to believe that this was a sign that he also found me interesting, charming and cute. But I second-guessed myself. I’ve had some experiences where I misread signals, and I think many more experiences where I didn’t, but I was told I did.

In my head I imagine the men I’m flirting with are running internal calculations while we are talking: “Sure, she’s great but I will probably get endless shit for dating a fat lady. Sure, she’s funny but are we going to get stared at all day because of her size? Sure, she’s sexy but can I take her home to meet my family?”

Living in a normcore place like San Francisco has taught me that these questions are disturbingly commonplace (albeit frequently unspoken) and not a product of my own paranoia.

At the end of the day, I, like Chris Krause, find myself ruminating on silence and repression. She writes: “I think the sheer fact of women talking, being, paradoxical, inexplicable, flip, self-destructive but above all else public is the most revolutionary thing in the world.”

And I’m nothing if not public.

If you like this article, please share it! Your clicks keep us alive!
Tags
take the cake
Virgie Tovar
fatphobia
dating while fat
I Love Dick
Relationships
vulnerability