Technology Is The New Self-Care 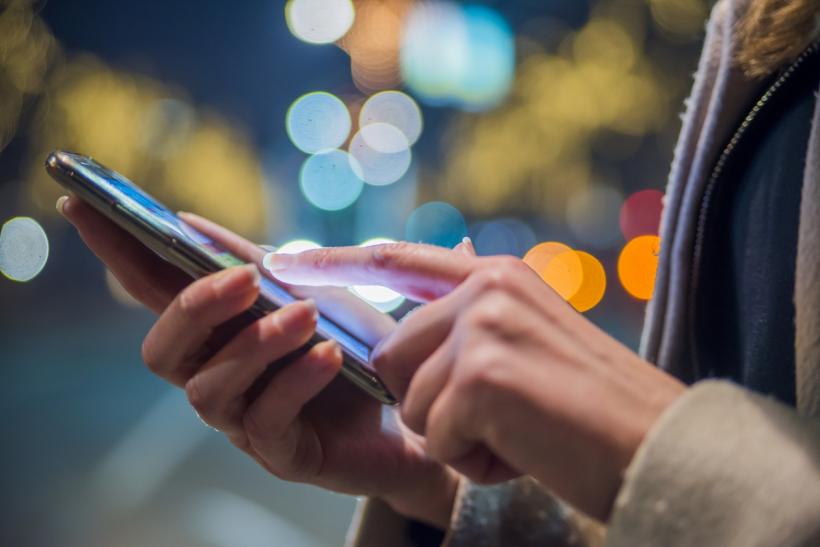 Women are currently creating solutions to powerlessness, lack of safety, anxiety, and loneliness

When I went away to college way back in the early ‘00s, my mom and dad sent me off with a cell phone. Back then, the world, and self-care, seemed simpler. It wasn’t, of course, but there was way less discussion about rape culture and the inherently sexist assumption that women were asking for it if they dressed provocatively.

For instance, when one of my roommates came home after a night of drinking and said one of the guys next door had assaulted her, even she was strangely naive about what that meant. Despite informative episodes of My So-Called Life and Party of Five, we weren’t equipped to deal with unwanted advances, or to understand that a “friend” attempting unwanted sexual activity might actually be a rapist.

Technology is allowing people to build communities that matter to them, that help keep them safe, and that remove isolation.

Rape alarms were handed out to women during the first week of term, and the bleeping handheld boxes were meant to ward off attackers. I never had to use mine, but if I had, I wonder if anyone would’ve reacted to the little siren emitting from tacky plastic in my palm.

While the world is still shitty in so many ways, the awareness surrounding sexual assault and campus crimes has gradually increased. There’s still a long way to go before women feel safe, as evidenced in documentaries like The Hunting Ground, but finally, it’s understood by most that any unwanted attention is wrong, possibly criminal, and there’s no reason a person should assume or be told that an incident is their fault. There’s no brushing off any more incidents involving neighbors and copious amounts of alcohol.

Part of the reason for this shift in awareness, and the increased focus on the safety of women, is technology.

Back in the late ‘90s, and early ‘00s, the Internet was a mysterious place on which you could bid for old Hole CDs and read information about the TV show Friends. Now, it’s the way we connect with the world around us, and for the most part, stay safe. Sure, some areas of the Internet are dank cesspits we’d all do best to avoid, but women are also using online spaces to support one another and to build self-care communities, in an attempt to rectify some of the world’s wrongs.

You Might Also Like: Stop Shaming Parents For Letting Their Kids Play With iPads On Family Outings

One such gadget that’s revolutionizing people’s safety is Revolar. It’s a new version of the classic panic alarm, but instead of merely emitting a high-pitched sound, the button is linked to an app. When you set up the Revolar, you can program who the app contacts should you use it. One click tells your contacts where you are, and that you’re OK. More than two clicks and your contacts are alerted to send help, or check on you as soon as possible. Using GPS, your friends and family can see exactly where you are and can send help immediately.

Revolar was co-founded by Jacqueline Ros, after her sister was assaulted. Ros was determined to create a solution and to stop similar attacks happening to other people while using technology to build a supportive community. Speaking to Ravishly about the app, Ros said, “It’s a beautiful journey building a community of empowered individuals who are reclaiming their confidence and thus becoming free to live their authentic lives.”

Instead of giving up, women are fighting back following violence, assaults, and situations that steal their safety.

Plus, Revolar has many uses, attempting to empower people regardless of the reason they’re using the app. According to Ros,  Revolar is for “women who are survivors of Intimate Partner Violence… to people with epilepsy and in wheelchairs telling us our technology has vastly improved their quality of life and their ability to communicate their needs effortlessly to their loved ones.”

Technology is allowing people to build communities that matter to them, that help keep them safe, and that remove isolation.

Another example of technology being used for self-care is Aloe, an app currently in development, that encourages users to focus on their mental health and well-being. By giving reminders, and providing a safe online space, people can focus on their own needs which too easily get lost in everyday life.

Aloe recently met its Kickstarter goal, meaning it will go into Beta testing in 2018. As their campaign states, Aloe is a supportive app for anyone who wants to be “reminded to drink water, brush your teeth, eat/snack, shower, take breaks from social media, etc.” And the current political state of the world has played a part in the development, and need for, Aloe: “Since the election, many people have expressed a downslide in their emotional well-being. There has been a noticeable shift in interest surrounding self-care and searches for the term hit a five-year high immediately after November 8th, 2016.”

Whatever the reason you might be interested in self-care technologies like Aloe and Revolar, women are currently creating solutions to powerlessness, lack of safety, anxiety, and loneliness.

Rather than allow the unpredictability of the world to dictate their lives, women are focused on building communities that can make a difference.

As Aloe’s campaign states, “We shouldn’t wait until everything is awful to take care of ourselves.” And thanks to people like Revolar’s Jacqueline Ros and Aloe’s Amber Discko, we can all start to take control in a way that wasn’t possible in the ‘90s.

If you like this article, please share it! Your clicks keep us alive!
Tags
self-care
Technology
Rape
rape culture