Exercise Is My Way Of Controlling My Chronic Illness 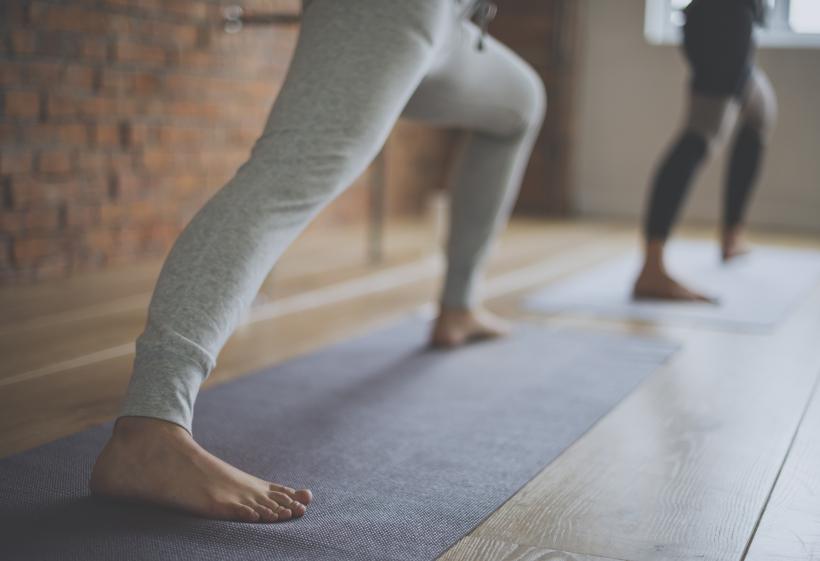 You might not understand but exercise is my way of controlling my chronic illness.

Until fairly recently, doctors thought that exercise for patients with multiple sclerosis was bad, that it would worsen the condition. But actually, the opposite is true. People with MS are now encouraged to start an exercise routine. However, because MS, like many chronic conditions, is so unpredictable, it's hard to commit to exercise classes or set consistent workout goals. Going to the gym is great in theory, but it’s not so easy in practice.

But exercise is empowering for me as a disabled person, which is why I persevere.

My relationship with exercise as a person with MS isn't love-hate, it's love-lethargic — like staying in bed with Netflix and snacks. I'm sure most people can relate to procrastination, but the struggle is real with multiple sclerosis because fatigue floors you. Some days it’s almost impossible to get out of bed, let alone comprehend an exercise routine or make it to a workout session. Most people can probably relate to this sort of lethargy after a long day at work, but MS is a roadblock. My brain might be willing, but if my body feels like loose bricks in a sack, I’m not going anywhere.

When you have MS, deciding what you're capable of on any given day is complicated. Sometimes, fatigue makes your limbs feel adamantium filled — without the benefits. You could push through the pain and the tiredness and feel better after exercise, but on an off-day, over-exertion can eliminate you. Choosing to exercise is a difficult decision and often depends on what other tasks you need to accomplish that day. Still have work to do? Then a workout might make concentration problematic, even if the exercise eases symptoms and ultimately makes your body better.

While exercise is unlikely to trigger a relapse (in which the body attacks itself, damaging the nerves and causing sensation, mobility, cognitive, and energy issues in case of MS), it might aggravate a previous episode. And on a regular day, everything aches, but sometimes it's such a dull ache you wonder if it's worth mentioning or if you're just complaining.

An aggravation might be a constant tingling down both legs, numbness in one hand, and hazy vision in both eyes. Heat is a trigger for a lot of people with chronic illnesses, and endorphin-producing exercise like spinning or aerobics might confuse a sick body. While overheating doesn’t sound like a huge problem, it can affect everything if you’re ill: your mobility, your energy levels, your anxiety, and your capacity to think.

The positives probably outweigh the negatives though, if you can overcome every itch and shooting pain and exhaustion thick like pancake mix with too much flour. Because when it goes well, exercise heals like a Yeezus track. It wipes out the crawling sensations under the skin of both arms and feels like a full body wash, an endorphin flush, and an orgasmic high. When it works, exercise calms the nerves, the anxiety, and the impending sense of doom that can accompany a chronic condition. A short burst of intense cardio is tiring, but the sweat makes the hard work worth it. Your muscles feel stronger. Your body feels like a body again. Innate weakness, muscle wastage, or weighted bones are actually invigorated, if only for a few days.

For me, feeling stronger is crucial. MS convinces me I don’t need exercise — that my body’s better on the couch, away from people, and left to its own devices.

But this is a lie my brain tells the rest of me, trying to protect the fragility the disease has instilled.

To be strong — to have muscles that lift and legs that can stand for longer than mere minutes — is the best way I can prove my chronic illness wrong. It’s not easy, and it’s not for everybody, but when I can, exercise is a life-changing achievement. Fighting against the condition that’s intent on stripping my nerve coatings away is the most effective way to scream “Fuck You!”

Exercise doesn’t work for everyone living with a chronic illness, but leaving the house is an act of defiance when you’re ill. Going shopping or heading to work is something to celebrate because you are letting your body know that it can’t have you.

Chronic illness is like the masked serial killer desperately slashing at your skin on Halloween. But what Mr. Ghostface doesn’t know is that you’re the final girl, the last one standing, the most deadly of them all.

You’re Gone Girl batshit brilliant, not prepared to sacrifice an ounce of desire, experience, or willpower to a selfish disease that will be cured one day. You’re craftier than some faceless guy in a suit.

Exercise is a delicate balance when you’re ill. It's a choice to fight against a faulty system. It doesn't always work. But when it does, it's your chance to win a losing battle, and that makes it worth trying.

If you like this article, please share it! Your clicks keep us alive!
Tags
exercise
self-care
disabled person
chronic illness
wellness