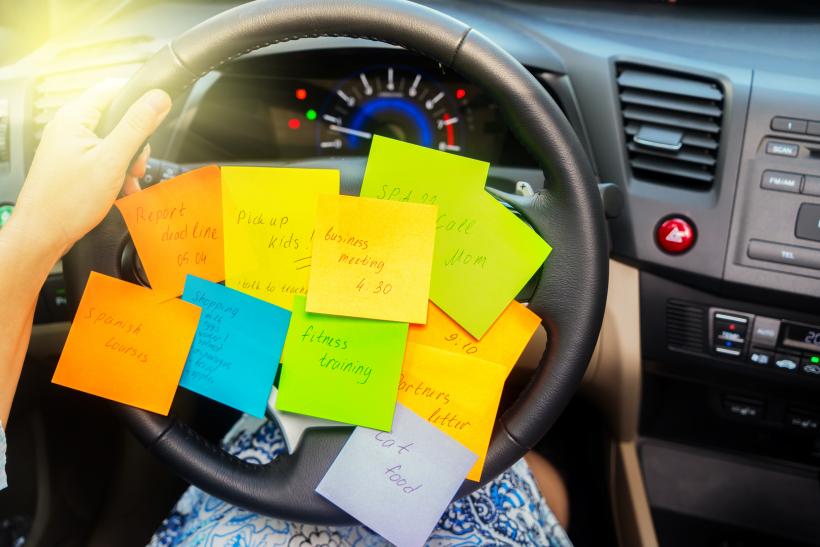 I have spent much of my adult life feeling like I must be a terrible parent because I missed an award ceremony or didn’t make a Halloween costume.

I tell my kids, if you think being a child is hard, try being a parent. I have never laid awake worrying about anything more than I do about screwing up my kids. Do I yell too much? Am I feeding them too much mac and cheese? Is there Red Dye #5 in everything we eat? Did I have them too close together? Did I give them my mental illness?

I have spent much of my adult life feeling like I must be a terrible parent because I missed an award ceremony or didn’t make a Halloween costume. I have fretted about the number of processed foods they eat and whether or not they are getting enough iron. I worried about the clothes I bought for them; what if they get made fun of? I’m terrible at saving money; what if I can’t send them to college? Did my divorce ruin them?

I'm too hard on myself.

You're too hard on yourself.

We are all definitely too hard on ourselves.

I have a friend who sent me a frantic text last week because her son’s progress report said he was failing. First grade. He was “failing” because he had missed a Friday and didn’t turn his assignments in on time.

She was waist deep in self-loathing.

First graders don’t fail; this must be my fault. I’ve done this to him because he missed school now he’s failing, and so on.

The reality of the situation was his grade was temporarily low because of the missing points. No big deal.

But to her? Ultimate parenting failure. If she can’t keep her first grader organized, what will she do when his sister is in school? What about junior high and high school? This self-loathing inevitably leads down a damn dark path of “I am ruining these children. I am not cut out for motherhood. What have I done?"

Raising kids is difficult enough without laying on the added guilt of every homework assignment being completed with Pinterest-level flair and every Halloween costume being hand-sewn with organic felt that was ethically harvested from free-range sheep that live on a remote mountain range in Northern Ireland.

You fed them mac and cheese twice this week? Three times?

Maybe mac and cheese isn’t the most nutritious food, but they could be doing a lot worse.

You yelled at them? Until you lost your voice?

Guess what? Sometimes kids make you crazy. Sometimes crazy means yelling. No one loves that. It happens.

Did you wean too early? Too late? Did you not breastfeed at all?

You bought their Halloween costume on same-day delivery from Amazon, and it only arrived 15 minutes before they went trick-or-treating using a pillowcase to collect candy while all the other kids had their names embroidered on pumpkin baskets from The Pottery Barn?

Screw Pottery Barn, man; that crap is a racket.

You had their sibling when they were one? You didn’t give them a sibling at all? They had too much screen time? You didn’t read enough books to them? They didn’t listen to classical music in utero? They didn’t go to kindergarten able to write their name and recognize every letter of the alphabet?

Let’s call this meeting to order.

You can’t be successful at anything while you’re busy thinking you suck at everything.

Anyone else Doing Their Fricking Best?

Guess what? We all are.

Berating yourself for what you perceive as less than exemplary parenting is not only not making you a better parent, it’s probably limiting you. You can’t be successful at anything while you’re busy thinking you suck at everything.

A few months ago I asked all of my older kids (17, 19, 22) how they felt about my divorce from their father. I didn’t know what answers I’d get. Would they say I ruined them?

I asked them hoping not, but of course, that’s not the case.

One of my sons told me he felt forgotten, lost, stuck in the middle between his siblings. Of course, I felt terrible. This was a confirmation of my worst fear; my decisions have harmed them, at least him, possibly irreparably.

Guess what? Too late.

That sounds crass in light of my son’s suffering, but it’s simply true. I can’t do anything now about what happened eight years ago. I can love him now. I can support him now. I can do my very best right now.

My best back then wasn’t as good as it could have been, but it was my best, nonetheless.

As Maya Angelou said, “You did then what you knew how to do, And when you knew better, You did better.”

Even if one of the most eloquent authors in American history hadn’t said that, it would still be true.

Maya Angelou, objectively speaking, had a pretty lousy mother. Her mother shipped her right off to her family because she just didn’t want to raise her. I have much in common with Maya in that regard and guess what? That’s not awesome, but it is life.

I haven't always felt warmth toward my mother, sometimes I’ve felt consuming rage, but even I know she did her best. Her best wasn’t good enough, but it was her best.

My best isn’t as awful as hers, but it’s very far from Pinterest-Pottery-Barn-Andes-Wool, and that’s ok. Your best is not the same as my best. And so on.

We are all doing the best we can with what we have.

That’s all we can do; we all have that in common.

If you like this article, please share it! Your clicks keep us alive!
Tags
parenting
motherhood
mom
self-care
emotional self-care