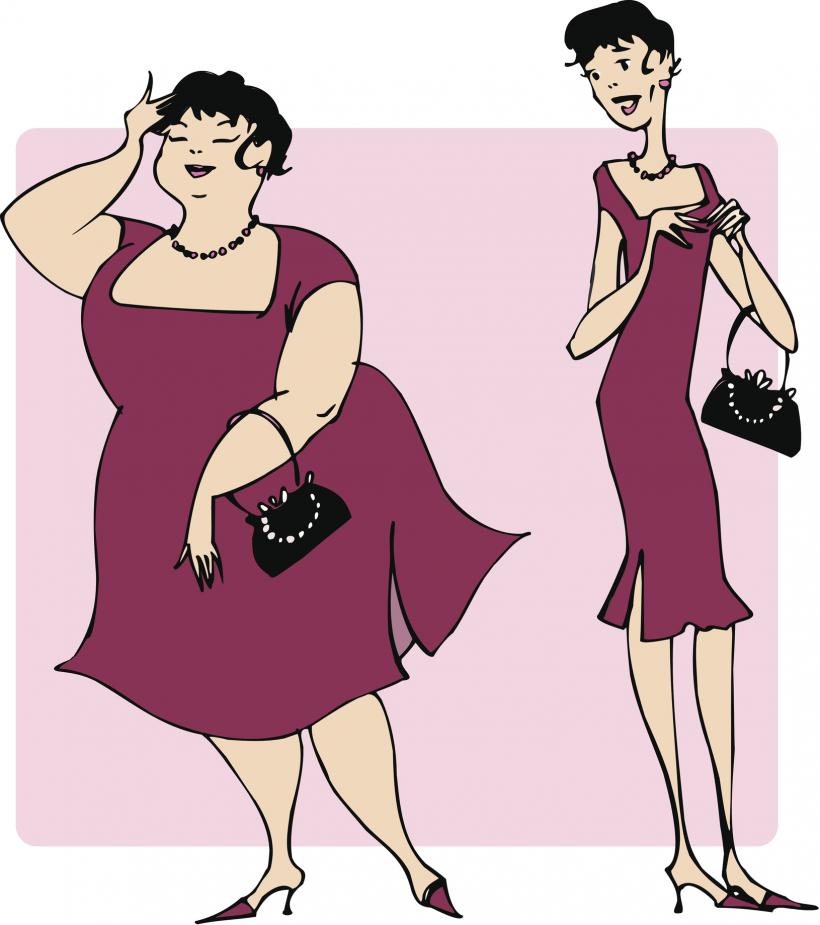 "I’ve heard too many of my fat friends talk about being kept out of the club by “policies” that didn’t seem to apply to thin people."

Recently, I saw the following post on Facebook from Stephanie Gagos that reminded me of another way that fat people face discrimination for just trying to do the same things that thin people do:

"My beautiful, kind, big-hearted daughter was denied entry to a popular club in NYC called One Oak last night because, as they put it ,'they don't like girls with       love handles.' They only allow a particular type of girl into this place.

They even went so far as to say her roommate could go in but she couldn't.

What in the world are we doing to girls, to women?? How disgusting and low can you get? Women have enough body image issues as it is. We are so totally wrapped up in our weight, our looks, that we forget what truly matters in life. We are made to feel less for a few extra pounds, and it is appalling.

My first response was, you don't want to be in a place like that. I mean, what reason would this even be a criteria except to objectify women and make men feel better about themselves?

This isn’t the first story like this that I’ve heard. I’ve heard too many of my fat friends talk about being kept out of the club by “policies” that didn’t seem to apply to thin people.

Stephanie P. said, "Marquee Las Vegas tried to kick me out for wearing lingerie (which I was not), and they let my friend in who was showing way more along than I. We had the same garters on. I got in but it was super agitating.”

"In an effort to be more visible, I always pose for photos — especially if others are doing so. Afterwards, I almost never see candids of me and a good majority of the time, I'll flip through the whole album to not see myself anywhere.”

Even those who get past the bouncer can find themselves having issues with other club goers. Melissa M. had an experience that got physical.

"Late last summer myself (33, queer, lesbian, white, fat) and 6 of my friends (all thin) went to a local gay bar. This dance floor is notorious for being packed and everyone generally still has a good time there is just an understanding that this is always the case... a packed floor.

Myself and my 6 friends were on the dance floor when I felt someone start bumping into my butt. Traditionally when this happens someone is either "booty bumping" me or just casually dancing.

I didn't think much of it until after about the 7th or 8th time this guy bumped into my butt. With each additional bump, he grew increasingly aggressive. So aggressive that it put a strain on my back and caused a sharp pain. I turned around to confront him and he was just so angry that I was taking up his space (my thinner friends were on either side of him dancing as well. Everyone was shoulder to shoulder, back to back...) he screamed at me for continually bumping into him. This guy and his friend knew the bouncers and some of the other staff there. They signaled over the bouncer, told them whatever, and I was escorted out. I tried to express to the bouncer my side of the story but he insisted that he was just following directions.

I felt guilt and shame but mostly guilt because of my friends’ loyalty... they followed me out and I didn't want to ruin their good time. Because of this I asked to speak to a manager and was eventually let back in but it was still humiliating."

This speaks to the additional impact that fatphobia has, wherein fat people are not only subjected to a world that doesn’t (or just doesn’t want to) accommodate us, but then we are blamed for that by the people refusing to accommodate us, the people who see themselves as “inconvenienced” because we want to be accommodated in the same way that they are already being accommodated. (Whether that means a seat that works for us, or enough space for our physical body to exist on a dance floor.) Then there’s the guilt that we’re ruining our friends' good time if we have to leave — rather than the acknowledgment that it’s the fault of those who refuse to accommodate us — in this case, a fatphobe at a bar and his bouncer friends.

Tigress Obsborne, who hosts her own intentionally fat positive events told me:

“One of the reasons I always kept a photographer on staff at my fat positive nightlife event (Full Figure Entertainment) is because here in the "tolerant" and "liberal" Bay, photographers at mainstream club events would take my picture but never post it. I'd flip through the albums and see that I was missing and so were all the other fat girls I'd seen at the party. I could get in — they wanted my money — but for some promoters, any evidence that I was there had to be stricken from the record. Some promoters think if people see fat chicks in the pics, they won't think it is a sexy or cool party."

Megan M. had a similar experience:

“This happens to me at many events with photographers. In an effort to be more visible, I always pose for photos — especially if others are doing so. Afterwards, I almost never see candids of me and a good majority of the time, I'll flip through the whole album to not see myself anywhere.”

Of course, fat people are not the only group this happens to, as the racism issues at NYC gay club Rebar remind us. Still, this is part of a greater erasure of fat people. Whether it’s couched in some B.S. “promoting obesity” argument, or a company trying to convince us that they should be allowed to oppress and discriminate if they believe it might increase their profits, or a simple expression of the bigotry against larger bodies, when fat people are denied access and denied representation because of how we look, it’s discrimination and it’s wrong.

We need to keep speaking up about this, and we need to vote with our dollars — and this is a great opportunity for thinner people who want to work in solidarity to step up and let places know that if fat folks aren’t welcome, then you’ll take your money elsewhere.

Of course, fat people aren’t obligated to participate in fat activism. But whether we do or don’t, the most important thing to remember is that discrimination is what’s wrong here — not our bodies.