Want To Be A Better Friend? 8 Tips To Help You Achieve Your BFF Goals 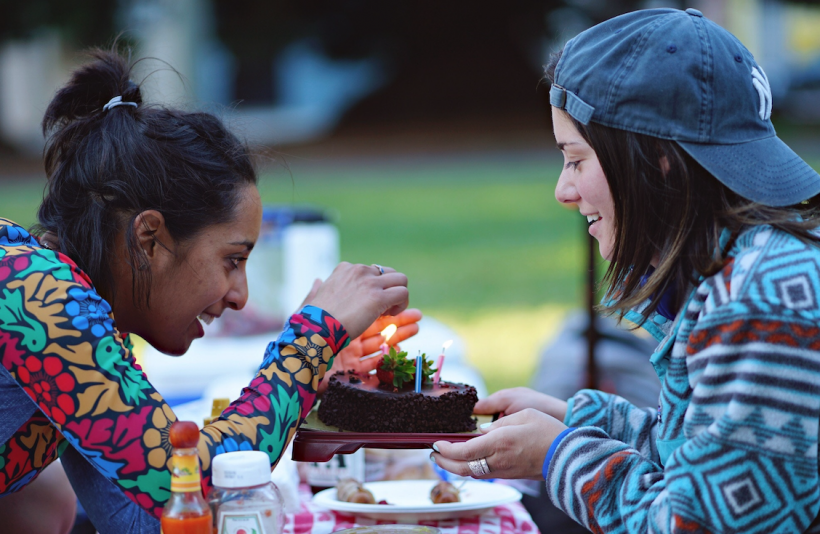 It’s not sexy. It’s not dramatic. It’s not interesting. But it is meaningful and fulfilling, which is something that reality television will never ever be. (Photo by Andrew Robles on Unsplash)

Last week, my friends and I were chatting at a birthday party. Somehow the conversation turned to reality TV and how it seems to be a death knell for most relationships. One friend who has been on the inside of the reality TV industry gave us some insight into why that is: producers are only interested in drama. I know. This isn’t news.

But what we see on TV is a bunch of backstabbing, third grade antics that destroy friendships and family relationships. It’s crazy-making. On purpose.

Except it’s all contrived.

We laughingly joked that we would have the worst reality show on television. Our Real Housewives of Portland would look more like a boring montage of shuttling small children to pre-school in 10-year-old cars, working in coffee shops and offices, and picking up clutter around our modestly sized homes. We might get some excitement when one of us has a baby, or upgrades our beat-up Honda for a newer, slightly less-beat up Honda. One of our kids might have extraordinary needs, or one of our own parents might be battling their own illness.

But mostly you would see our kids’ birthday parties with homemade cupcakes, piñatas, barbecued hot dogs, and backyard wading pools. You would see couples who want to make their marriages work and kids who need things all the time and men who are engaged and competent caretakers of their children. You would see women who express their fears and vulnerability and step in to help each other in a million little and big ways with kindness and compassion.

You would see a tiny, lovely, low-drama village of people doing life. It’s not sexy. It’s not dramatic. It’s not interesting. But it is meaningful and fulfilling, which is something that reality television will never ever be.

1. We don’t gossip about each other.

Instead of repeating the juicy bits of each other’s lives and using them to feel better about our own inadequacies, we brainstorm ways to practically support each other through those hard times. Because compassion.

We go through busy times, and some of us seem busier than others. Sending a quick text when you think about your friend goes a long way towards keeping the friendship alive and vital.

This is a hard one. We all want certain things out of a relationship, and when we don’t get the response we were hoping for or people let us down, it can really hurt. But being a good friend is allowing your friends to be who they are and not holding them to unspoken ideas or expectations you may have.

4. Understand that not all friends are meant to be close friends or forever friends.

There have been too many times in my life when I tried hard to make a relationship more than what it was. There have been friends who were close for a time and then we gradually drifted apart. There have been others who I love deeply and never see. It’s okay. I can trust both of those friends, appreciate their unique places in my life, and trust that we have the relationship we are meant to have without getting weird and insecure about it. And speaking of that…

I mean it. Your friend doesn’t text you back right away? Okay. Don’t take it personally. She can’t make it to your Babes Night Out at the last minute? Okay. Trust that your friends are doing the things they need to do to make their own lives work. Trust that they love you. And if your insecurity or gut feelings get the best of you, check in with your friend and ask. It will either be the road to a deeper conversation and ultimately a healthier friendship, or it’s nothing and you can practice not making other people’s lives about you.

Load the dishwasher while your bestie is putting her baby down. Bring lunch. Take out the trash. Grab a coffee for her to enjoy when you get to her house. Entertain her toddler for ten minutes so she can shower in peace. This is everything.

When something awesome happens, CELEBRATE. My friends do an amazing job of this, and I feel seen and celebrated during major transitions in my life. It is the greatest gift, and I hope to return those celebratory vibes.

If there are friends who consistently bring drama, its okay to step back. If you are the one consistently delivering the drama, don’t be surprised when your friends step back. Challenges and seasons of hardship are different than drama. Learn the difference and amend accordingly.

If you like this article, please share it! Your clicks keep us alive!
Tags
Friendship
community
support
Relationships