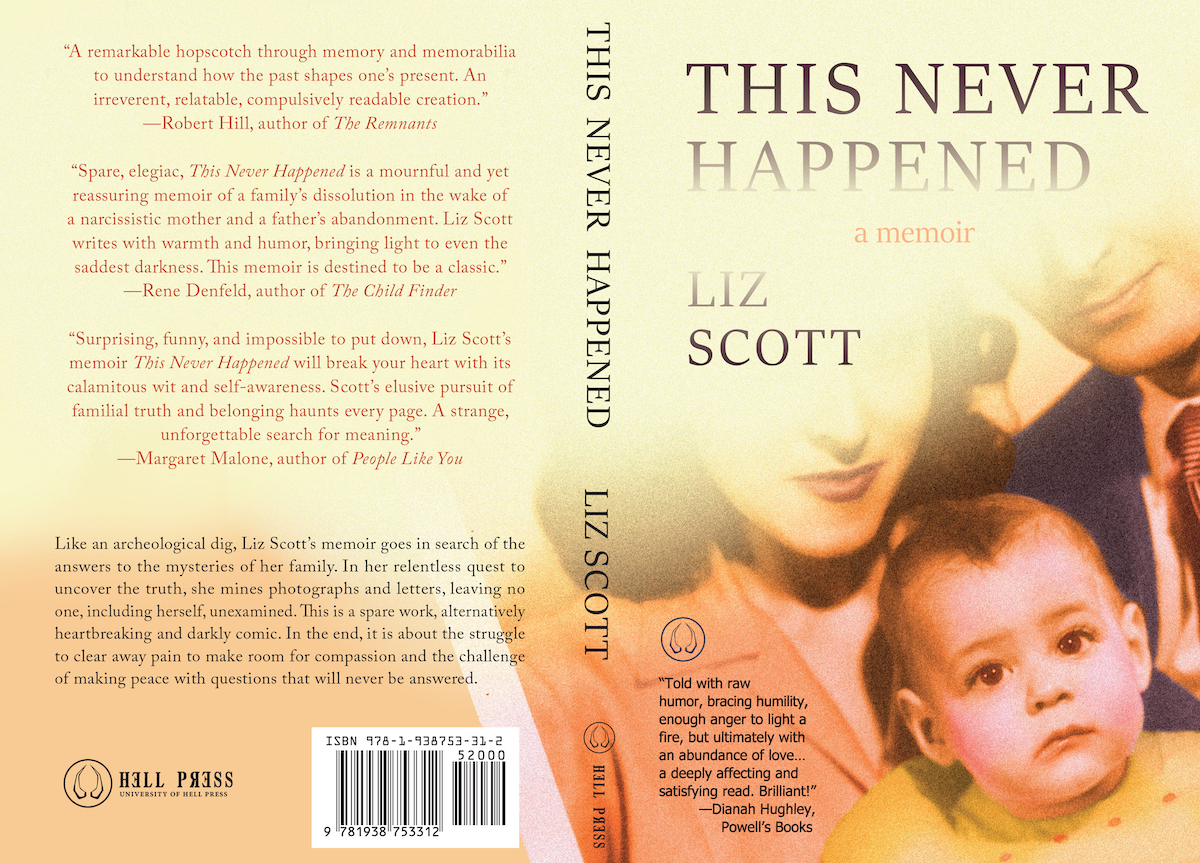 This Never Happened by Liz Scott

Like an archaeological dig, Scott's memoir goes in search of the answers to the mysteries of her family. In her quest to uncover the truth, she mines photographs and letters, leaving no one, including herself, unexamined. This is a spare work, alternately heartbreaking and darkly comic. In the end, it's about the struggle to clear away pain to make room for compassion and the challenge of making peace with questions that will never be answered. 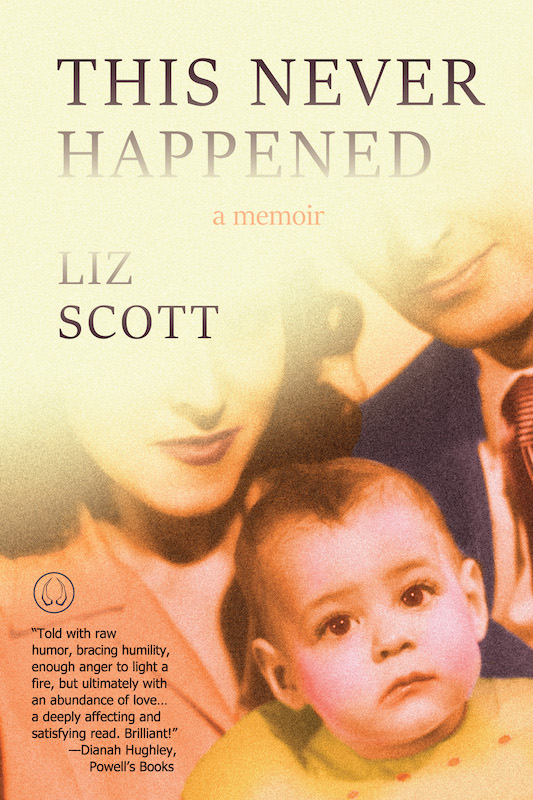 We had woods that never stopped.

We had creeks with tadpoles and garter snakes and painted turtles. We had real Indian arrowheads buried shallow in our backyards. We had freedom. We had mothers who didn’t work. We had lessons: ballet and piano and horseback riding and ice-skating and ballroom dancing and etiquette. We had money. We had fathers who came home drunk on the 7:20 train or who stayed in the city during the week. We had swimming pools and tennis courts. We had no curfews. We had Zenobia and Mammy and Beulah and Miss Fay. We had rope swings over swimming holes. We had real art on the walls and real antiques for furniture. We had mothers who took Miltown and stayed in bed all day. We had freezers packed with ice cream sandwiches and Eskimo Pies.

We had no rules. We had spring vacations in the Caribbean. We had parents who had sex with our friends’ parents.

We had dogs and cats and horses and fish. We had camps we were sent to on the day after school let out that lasted until the day before it started again. We had famous neighbors. We had fathers who never came home. We had fireflies in mayonnaise jars with holes punched in the lid. We had ponies at birthday parties. We had friends’ fathers who groped our small breasts. We had no chores. We had miles of twisty one-lane, stonewall-lined roads almost free of cars where we could ride our shiny bikes till dark. We had sex too early. We had cotillions. We had mountains of presents under the Christmas tree. We had perfect manners and perfect grammar. We had unlocked liquor cabinets and pantries stocked with cartons of Chesterfields. We had keys to the car before we had licenses and our own fancy cars to drive home from high school. We had Madame Alexander dolls and Ginny dolls with full wardrobes, including real fur coats. We had illegal abortions in Park Avenue offices.

We had so much.

You can learn more about Liz Scott and her book on her website.

If you like this article, please share it! Your clicks keep us alive!
Tags
Memoir
families
truth
authors
Books

What We Had: An Excerpt From This Never Happened
Liz Scott