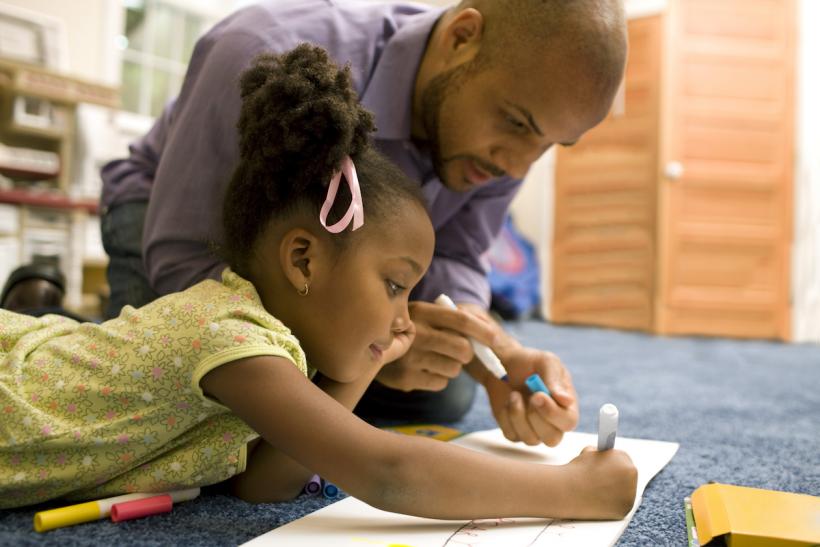 "Unless we take a look at ourselves, raising awareness will only go so far."

My life as an adult, partner, and parent has been shaped by my life as a child who was a victim of sexual abuse for nearly 10 years. It took me much longer to realize I have always been a survivor. I do not speak for all survivors of sexual assault. My experiences may be similar to others, but my thoughts and opinions are my own and formed by my life’s unique path.

I never forget that I was sexually abused. It is as much a part of me as are my limbs or organs; I do not exist without the memories of what was done to me. Those memories are usually shadows, though, and in the background until triggered into vivid images and sensations by something as simple as a smell or a word, or by something as big as a nationwide movement to bring awareness to sexual assault.

In the time it takes you to read this article, another child will have been sexually assaulted.

Raising awareness about sexual abuse every April brings my childhood into full view. It’s also a reminder that right this moment men, women, and children are going through what I went through. According to statistics found on RAINN, an American is assaulted every 98 seconds, and the victim is a child every eight minutes. In the time it takes you to read this article, another child will have been sexually assaulted.

Raising awareness can prevent assault, incest, and abuse by understanding the impacts on victims; it can give support to survivors by validating our feelings; it can get entire communities involved so women and men can speak up for themselves and others. It can compel us to speak up for victims who have yet to find their voices. Still, I find myself demanding more.

As a parent, I know more can be done. As a survivor, I am reminded more hasn’t been done.

Unless we take a look at ourselves, raising awareness will only go so far. This means being honest about everything that makes us uncomfortable. Talking about rape and children being abused is not fun; you can’t sum it up with an emoji or meme. It’s uncomfortable but necessary — because talking about it is a lot easier than actually living through it. Raising awareness does nothing if we are not willing to become better humans, if we are not parents willing to raise decent human beings.

A few years ago, the artist Saint Hoax created a series of paintings called the Princest Diaries to promote the awareness of sexual abuse. On each poster is a beloved Disney princess looking uncomfortable as her father kisses her on the mouth. A line on the bottom of the poster indicates that 46% of minors who are raped are victims of family members—a statistic that does not cover the unreported cases. The artist said using Disney princesses was a way to speak to his targeted audience.

No child should be the target of such a campaign. No child should be coaxed or forced into uncomfortable sex acts and then feel forced to have to speak for themselves if they want the abuse to stop. It’s too much. I was being secretly abused several times a week by my aunt. I didn’t need a poster, I needed protection.

My familial relationships were so tangled in codependence and generations of abuse, that telling someone didn’t do any good. I stopped the abuse on my own, when I chose to feign sleep instead of rolling over to the advance I knew was being made. And when I confessed to the abuse when I was 16, because after years of suspicion my mother finally forced me to tell her what had been done to me, life went on as if nothing had actually happened. My mother turned the situation into how it affected her, my father admitted to having an affair with my abuser, and family members called me a liar. After a brief period of turmoil, I was silent again, and my abuser was still very much a part of our lives. I was expected to act as if nothing had happened, or at least be okay with what had.

The hardest part about healing is knowing I will never fully understand or come to terms with what happened to me as a child.

I was the product of people treating each other poorly out of habit, out of anger, out of confusion, and out of a lack of accountability.

I am one of the fortunate victims to get out. I got out of my hometown. I got an education. I got support. None of it was easy. But something told me I needed to be better than what I saw and experienced as a child. I realize not all survivors are so lucky or confident.

As an adult, I chose to end the cycle of physical and sexual abuse. I knew I had the responsibility to never repeat mistakes done to me. During therapy, I look at my childhood through an adult’s eye, and it’s impossible to unravel it all. The hardest part about healing is knowing I will never fully understand or come to terms with what happened to me as a child. When my mind wanders to what it must have been like to be a trusting, vulnerable, and innocent child — much like my own children are now — I become physically disgusted by what one human can do to another.

As a parent, I am terrified my children will experience the shame and fear of being assaulted by someone who chooses to hurt them, by someone who would rather impose hurt on someone than take responsibility for their actions and the pain that has been inflicted on them. Raping someone because you were once raped is not only unacceptable, it’s a poor excuse.

I am teaching my children about appropriate touch and appropriate secrets. I will teach my daughters that, as young women, they are more vulnerable than their brother. They are not any less smart, capable, or deserving of boys — but, sadly, being female makes them a target.

When my son gets old enough to understand that he is naturally stronger and sometimes more intimidating than women, I will teach him that he has been given a gift to use his strength to make the world a better place. I will encourage him to use any ounce of intimidation he has to stop someone from hurting someone else. The penis between his legs is not a weapon or something that should cloud his better judgment.

As a parent, I have an opportunity to stop the cycle. I have the opportunity to raise kids who turn into adults who would never think to hurt, seduce, or violate anyone into a sexual act. I have an obligation as a parent to do everything I can to raise my kids to be confident, kind, and courageous enough to speak up when something doesn’t feel emotionally or physically right. And I have been given the responsibility to protect my children from all harm, knowing too well I can’t, but knowing I will at all costs if they should ever tell me they were victims of sexual assault.

You have the same responsibility.

It’s our duty as parents to protect our kids. And it’s our obligation to raise kids who will do the same.

If you like this article, please share it! Your clicks keep us alive!
Tags
Sexual Assault
sexual abuse
Rape
childhood abuse
activism
parenting