Did Sesame Street Just Predict The End Of House of Cards? 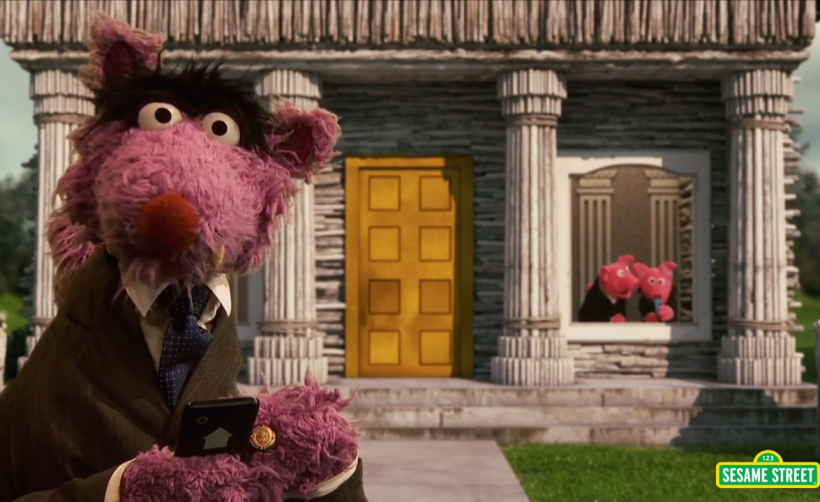 After a torturous year of Frank Underwood silence, HOC is streaming on Netflix this weekend following a leak—and drama and political junkies alike shall briefly bond over the fictional DC mayhem that follows. HOC is based on an older British series with the same name. The American version was tweaked to fit our politics and taste—naturally—but your humble narrator cannot confirm how the British series ends. And I won't look it up, just in case.

Enter Sesame Street and their HOC parody. A purple wolf—obviously called "Frank Underwolf," complete with a Southern drawl—is blowing down piggy houses. Like Underwood, Underwolf is seeking the most powerful house: the white brick house.

Underwolf blows down the first two with little trouble. When he approaches the brick house (made to resemble our White House), the three little piggies skadaddle straight out with no trouble. Underwolf makes himself cozy inside.

Then . . . a twist! The three little piggies blow the brick house down.

It's revealed that it was a "house of cards" all along. Is it possible that the folks Underwood stepped on in his journey to the White House will be the very ones who tear him down? Absolutely. Some people blatantly used by Underwood (Peter Russo, Zoe Barnes) are dead, but they can't do much.

For now, the pigs aren't talking. Check the vid above and see if you can Nancy Drew it up. 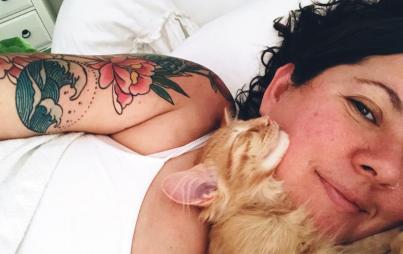