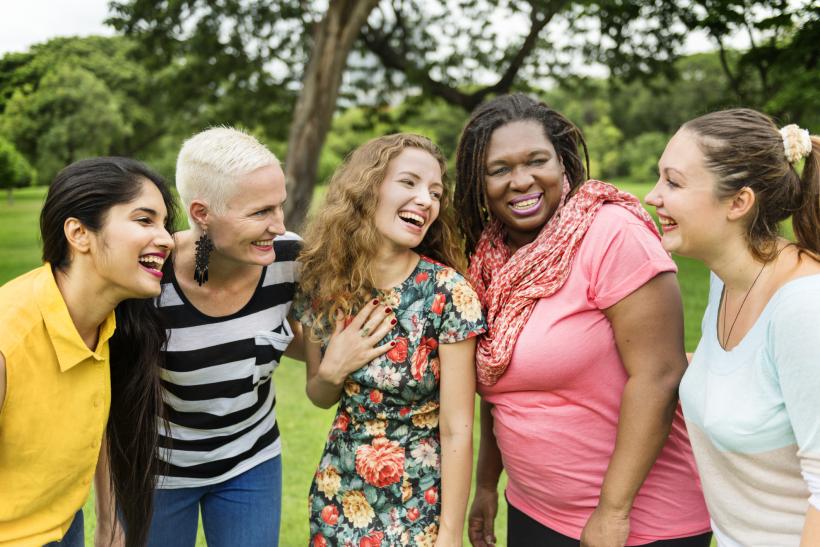 Here's what a few real women had to say about the not so standard turn-ons that really turns them on.

A few weeks ago, I met up with a guy friend of mine whom I also happen to find very attractive. As we sat catching up on the latest happenings in each other's lives, I asked him a question that caused him to think pensively — and scratch his beard in the process. It was a completely normal beard scratch, no different from any other beard scratch that I've witnessed other men do when they're deep in thought about something — or when they're just itchy. But as I sat there watching him, I was turned on by this seemingly innocuous motion.

When you think about it, the so-called laws of attraction aren't that straightforward, especially when it comes to what turns us on. And if you've ever been turned on by something random that your potential partner does or says, trust me — you're not alone.

The experience with my friend got me thinking. What are some other strange, yet relatable things that make women swoon that aren't as expected as romantic gestures or a nice set of abs?

Here's what a few real women had to say about the not so standard turn-ons that really get them going.

"When he doesn't use an umbrella," says Erica, 28. "It's weirdly manly. Seeing him not care about getting all wet gets me all wet."

2. The smell of his armpits.

"For some reason, I love the smell of a guy's armpit — as long as it's not too sweaty," says Andrea, 28. "I'll just bury my face in a guy's armpit. I think it's a turn on because it's a mix of their natural odor, and then probably a bit of distant cologne."

Doing chores around the house does it for Aly, 32. "If a guy comes over to hang some blinds for me or fixes a printer, it's hot," she says.

"I don't know whether it's because it's something that's old school that not everyone knows how to do, or if it's a phallic thing that gets me going," says Cynthia, 29. "But watching my husband drive our old car stick shift absolutely does it for me."

"My boyfriend orders his steak extremely rare, like still moo-ing," says Daphnie, 26. "It's not something that I want to eat — but watching him cut into and a piece of rare meat and eat it is something that I find extremely hot."

You Might Also Like: A Mom’s Guide To Wicked Sex (Or Regular Sex, Take Whatever You Can Get)

"My boyfriend lives in a tiny studio apartment with not much privacy," says Chloe, 27. "He's also not shy about letting me go about my morning routine while he goes about his — which means that occasionally I'm brushing my teeth in the sink next to him while he's taking his morning pee. I get really turned on watching him do this in the morning, so much so that we almost always have sex immediately after we're both finished with what we're doing."

7. Hearing him address his friends.

"I think the way that guys talk to one another is really hot," says Taylor, 32. "When they're on the phone saying things like 'Hey man,' or 'word,' or whatever other guy shorthand they use with their friends. I don't have a good reason for why this gets me turned on, but anytime a guy takes a call from his friend around me I always find myself smirking as I eavesdrop."

8. Helping out with chores.

"Maybe it's because we rarely write anything on actual paper anymore, but watching the guy I'm dating write something down makes me feel some type of way," says Alice, 30. "That goes double if he's signing his name on a check that he's picking up — or a birthday card to his mom."

"Sometimes the worse it is the more turned on I am," says Heather, 28. "I like it when they have really dry mouths, too, and I have to get everything in there working and wet again by making out with him."

"I like when a guy is trying to grow a beard out, but there are just some spots that stay bare," says Laura, 24. "There's something that's really boyish and charming about it to me even though I know a lot of women would be turned off by it."

"When a guy's smile is a little bit off and his teeth aren't exactly straight it turns me on," says Samantha, 23. "I don't think it's so weird since I've read a lot of romance novels where the leading male character's defining characteristic is that his smile is a bit off, so maybe that's why it gets me."

If you like this article, please share it! Your clicks keep us alive!
Tags
turn ons
Sex
women
sexual pleasure
weird turn ons

How To Be A Good Kisser: The Science Of Kissing
Danielle Page

5 Foods That Are Good For Your Vagina
Danielle Page