6 Literary References in Popular Songs You Probably Never Knew About 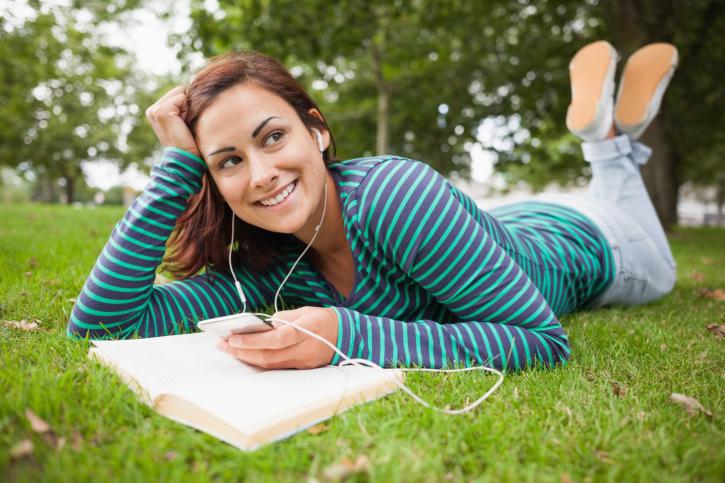 Only literature nerds understand the exquisite joy that comes from hearing a book reference in a popular song. After geeking out over Lolita references in Lana Del Rey songs, we decided to dig deeper into the canon of sublime and surprising literary tropes in music. Here are six that we love.

What can we say? Lana Del Rey has a thing for psychologically effed-up books. Her new album's title, Ultraviolence, comes from a word invented by Anthony Burgess in his most famous work, A Clockwork Orange. The novel's narrator, Alex, uses "ultraviolence" to describe excessive violence conducted by his gang of droogs. The song "Ultraviolence" makes reference to this and violins—a nod to Alex's love of classical music.

Led Zeppelin and Lord of the Rings

Turns out the rock gods have a crush on JRR Tolkien's Lord of the Rings books, including The Hobbit. They allude to the plot and characters in several songs, but "Ramble On" really takes the honey-cake with this stanza so memorably sung by Jimmy Page:

T'was in the darkest depths of Mordor, I met a girl so fair
But Gollum, and the evil one crept up and slipped away with her, her, her, her

Mumford & Sons and Much Ado About Nothing

The earnest brothers are fans of the Bard. The name of their album Sigh No More is a direct quote from Shakespeare's Much Ado About Nothing. Better yet? "Sigh No More, Ladies" is a song in the play. Naturally, Mumford & Sons modernized it. Yet the idea stays the same. And it basically boils down to: "People do messed up things in the name of love. Sorry about it. Kinda."

The Band Perry and The Lady of Shalott

The Band Perry's massive hit "If I Die Young" borrows imagery from Alfred Lord Tennyson's poem "The Lady of Shalott," specifically with the line "sink me in a river at dawn." "The Lady of Shalott" is about, you guessed it, a dead girl floating down a river.

The moody crooners have natural synergy with the dark writings of George Orwell. Their song "Resistance" is about Winston and Julia from 1984 attempting to beat Big Brother through their love. The song is happy, which makes me wonder if Muse finished reading the book. Spoiler alert: Love does not conquer a fear of rats.

The Strokes and Brave New World

The indie darlings also dig dystopian novels. In Aldous Huxley's Brave New World, the masses are easily manipulated when they become blinded by pleasure. You know, kind of like our culture. The main instrument of domination in the book—a recreational drug called Soma—shares its name with a Strokes song. "Soma" is, naturally, about a happy pill that makes everything better. Yay! Not.