Does Orange is the New Black Victimize Women? 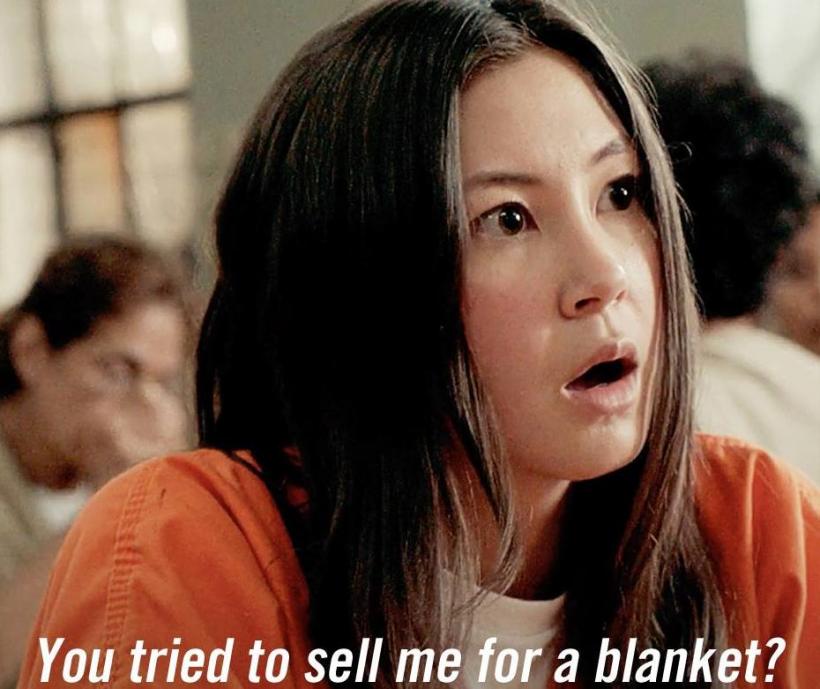 As a progressive woman, I love how Orange is the New Black spotlights female characters of different ethnicities, socioeconomic classes and sexual identities. Plus, lines like "I can't believe it. I fell in with the bad nuns" prove that the writing is pretty stellar. And how could you not be charmed by the bewildered faces of Jared Leto's long-lost twin sister (AKA, Piper Chapman)?

Sadly, it seems not everyone is on board the OITNB love train. Recently, The Atlantic ran a piece with a serious critique of the show:

The problem is that the ways in which OITNB focuses on women rather than men seem to be linked to stereotypically gendered ideas about who can be a victim and who can't.

The writer describes situations where the plot asks us to sympathize with the plight of the female inmates. Yet interactions with male inmates depict them as totally scary rapists/killers/monsters.

Of course, the show portrays perfectly respectable guys, too (like Larry and his lawyer father). But is The Atlantic right that it victimizes women? And why is it easier to sympathize with a woman who has committed heinous crimes?

Take Morello. She is one of the sweetest inmates, yet a flashback reveals that she's a dangerous stalker. In all fairness, OITNB doesn't side with Morello. The camera shows her sobbing and visibly distressed, but they don't make light of the fear she caused her victim. Still, humanizing a violent stalker could allow some audience members to feel sympathy for her.

That said, it's doubtful the show's creators intended to victimize the inmates specifically because they're women. More likely, it's we as viewers who are guilty of making that connection.

Why? For one thing, there's a lingering stereotype that women are simply more delicate and less inherently evil than men. For another, women have been screwed over so much historically that it's natural to assume female inmates have been wronged by the system.

It's not the show's fault we feel this way—it's ours. Let's just remember that when people do bad things, they need to be held accountable for their actions—male or female.

Image: Yeah, she did to a terrible thing. Courtesy of, Facebook