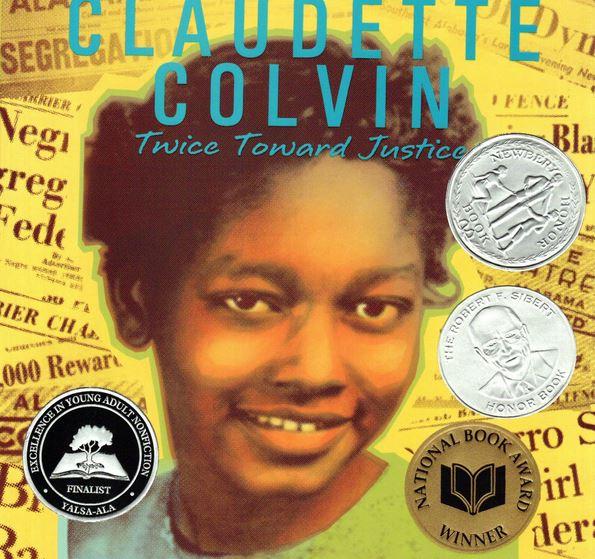 So I was watching Drunk History the other day—my preferred source of historical knowledge—when a much beloved story of the Civil Rights Movement came to the fore: One brave black woman’s decision to buck the apartheid bus system, and hunker down in her seat at the front. But the show revealed a twist in this much-told tale, by revealing this woman wasn’t Rosa Parks. She got involved in the action later, but the one to actually kick the bus protest off was one Claudette Colvin of Montgomery, Alabama.

I looked it up, and sure enough, Colvin refused to give up her bus seat to a white person nine months before Rosa Parks—and at the tender age of 15. Colvin kicked off the Montgomery Bus Boycott that began in 1955. Ultimately, the NAACP, together with prominent white civil rights advocates, worked to challenge the law in court, with Colvin as one of four women plaintiffs in Browder v. Gayle. They won, and the case successfully overturned bus segregation laws in Alabama. Booyah, Claudette.

So how did this momentous sequence of events transpire? For what was then dubbed “Negro History Month,” Colvin’s teachers at her segregated school had been educating her class about abolitionist leaders like Harriet Tubman and Sojourner Truth. The class also discussed the daily injustices black people were suffering under the Jim Crow segregation laws, including insults like not being able to eat at a lunch counter, and being barred from trying on clothes at stores (Colvin said, “You had to take a brown paper bag and draw a diagram of your foot . . . and take it to the store.”)

With these abolitionist forebears and the current prejudiced laws in mind, Colvin refused to move when, on the way home from school, the white bus driver ordered her to let a white woman take her seat. To this driver, and the two police officers who were then called, Colvin stated that she had paid her fare the same as everyone else, and it was her constitutional right to be allowed her seat. Turns out the white police officers didn’t find her plea compelling, and ordered her to stand up for removal.

Instead, Colvin made the police drag her off the bus, though she makes clear she didn’t fight them, as relayed in the book Claudette Colvin: Twice Toward Justice, by Phil Hoose. Even so, she says one of the cops kicked her, and once in the police car on the way to jail, the two ridiculed her relentlessly, calling her “nigger bitch,” cracking jokes about various parts of her body and taking turns guessing her bra size. She said she cried and prayed throughout the ordeal.

She was terrified, in part, envisioning what her punishment might be: “I was thinking, now I’m gonna be picking cotton, since that’s how they punished juveniles—they put you in a school out in the country where they made you do field work during the day.” I wonder if they called that program, “Suck It, You’re Straight-Up a Slave Again.”

Instead, the police took Colvin to the adult city jail. “Someone led me straight to a cell without giving me any chance to make a phone call.” She recalled the sound of the lock falling into place once the policeman shut her in the jail cell: “It was the worst sound I ever heard. It sounded final.”

Meanwhile, some of Colvin’s schoolmates who had been on the bus telephoned her mother at the house where she worked as a maid and nanny. Several girls came over to take care of the household’s three children so Colvin’s mother could leave. She and their pastor sped to the police station, where the pastor was permitted to bail out Colvin—to her great relief. Word had spread in their community, and by the time the three arrived back home, Colvin said “all our neighbors came around, and they were just squeezing me to death.”

I was afraid that night, too. I had stood up to a white bus driver and two white cops. I had challenged the bus law. There had been lynchings and cross burnings for that kind of thing. . . It would have been easy for the Klan to come up the hill in the night. Dad sat up all night long with his shotgun. We all stayed up. The neighbors facing the highway kept watch. Probably nobody on King Hill slept that night.

Yet amid the fear, Colvin still felt proud for standing up for black rights, especially as a teenager. She said:

On the ride home from jail . . . Reverend Johnson had said something to me I'll never forget. He was an adult who everyone respected and his opinion meant a lot to me. ‘Claudette,’ he said, ‘I'm so proud of you. Everyone prays for freedom. We've all been praying and praying. But you're different . . . And I think you just brought the revolution to Montgomery.

Hoose says that despite a few articles about her in various newspapers, and brief mentions in some books about the civil rights movement, most people don't know about Colvin’s role for several reasons.

For one, though Colvin was initially congratulated by many in her community, some took issue with her action, probably largely out of concern about retribution. She also became pregnant while unmarried soon after the incident, which didn’t help her image in conservative Alabama.

Second, Colvin moved to New York City soon after the successful lawsuit against the bus segregation. In New York, the focus of civil rights discussion wasn’t integration; rather, people were agitating on behalf of black enterprise, black power and more aggressive leaders like Malcolm X. Thus, Colvin said she simply rarely discussed her involvement in the bus boycott.

Perhaps most importantly, Colvin didn’t fit the profile black civic leaders wanted as the icon of integration—and this is where Rosa Parks came into play. The NAACP and other leaders had long considered how to challenge Montgomery bus laws. So when Colvin spontaneously kicked off action, these groups quickly moved to position Parks as the movement’s icon. Why Rosa Parks? She was the secretary of the NACCP, she was well-known and respected in the black community, and she had a certain gravitas about her.

She also wasn’t an unwed pregnant teenager. (Colvin also later remarked that Parks had “the right hair” and skin, which seemed more middle class—probably also code for whiter-looking.) So with the blessing of her civil rights compatriots, Parks made her own stand on a bus, the PR machine took effect and we all know the rest.

Hoose says he thinks Colvin—now a 73 year-old retired nurse’s aid still living in New York—recognizes the pragmatism of the decision to hold up Parks as the face of Alabama’s civil rights movement. But she seems to also feel a bit peeved that her sparking action wasn’t better recognized. This is especially understandable since accounts of Parks’ arrest seemed positively polite compared to Colvin’s abusive ordeal.

Of course none of this is to say that Rosa Parks is condemnable in any way. She was clearly determined, hard-working and courageous in her role to progress civil rights. But Hoose says that part of his desire to write his book about Colvin was to bring to light the role of the young, as well as female, in this era. He points out that while pictures of the movement typically depict black men in suits, “the real reality of the movement was often young people and often more than 50 percent women.” Harriet Tubman, Sojourner Truth, Rosa Parks, Claudette Colvin. Pretty good company to keep.