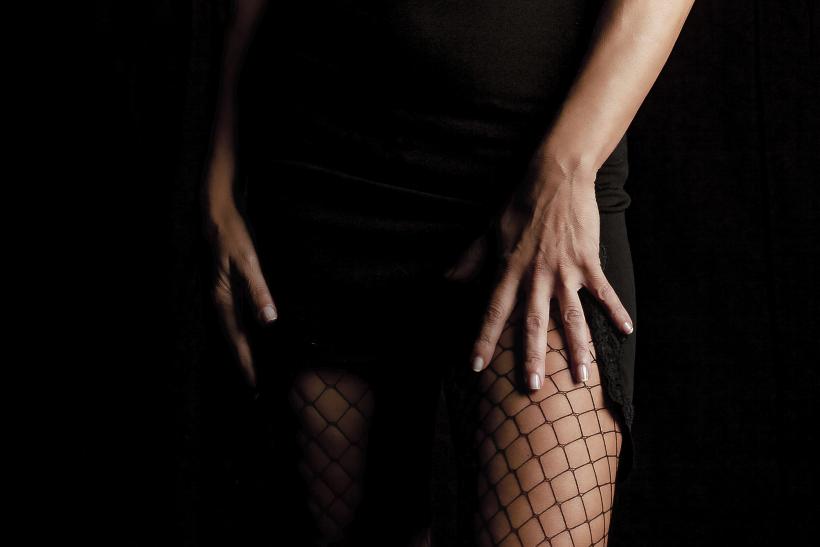 Rhode Island may be the tiniest state in the nation, but the results from a recent, shall-we-say, accidental study boasts gigantic findings.

In 2003, courts found a loophole in Rhode Island law that allowed "indoor prostitution." (No, this does not involve a blond-wigged Julia Roberts popping into an assortment of cozy homes looking for a jolly old time.) Rather, RI specifically forbades sex workers to solicit their goodies outdoors. So, street walking? Banned. Janky "massage" parlors that offer happy endings? Technically legal.

This lascivious loophole was discovered when cops began raiding a few local "spas" in 2009, but couldn't make the charges stick; naturally the general public found out and in the wake of the crackdown, news laws were initiated to ban indoor hank panky as well.

While society's knee-jerk reaction to prostitution loopholes is typically, "close that shit up!" new research published by the National Bureau of Economic Research has proven that rather than endangering women or bodily health, the presence of this dubious prostitution actually helped mitigate it; while the "legislative mistake" was in place (approximately) from 2004-2009, rates in gonorrhea and rape dropped dramatically.

The rate of gonorrhea—which includes painful urination, and yellowish green discharge among other niceties—dropped a staggering 39% amongst women (who are at the most risk for this nasty infection) during that five-year spell RI.

Why did the rates drop you ask? No one is 100% sure, but there are some theories. If prostitution is decriminalized, there's more protection offered; a boss can supply the workers with condoms and healthcare can be obtained—whether through work, or independently. It's similar to the difference between freelancing and a full-time gig.

Now, this one's a moral puzzle. The occurrence of reported rapes fell 31% between 2004 and 2009 which translates to approximately 824 fewer attacks. No other crimes (like robbery or murder) experienced a dramatic drop—just sexual assault. The most monumental decline was found in Providence, which is where much of this legal sex work occurred.

How? Why?! Again, all we can do is speculate. Prostitutes are, however, more susceptible to violent attacks (including rape) so when protected by the walls—and gainful employment—of a skanktastic massage parlor, it's less likely they'll be hurt.  Another theory is that the decriminalization allows companies to invest in measures that protect the sex workers more effectively. You know, like locks and security guards.

Then, there's the rather nightmare-inducing/thought provoking analysis. Rapists may use a sex worker in place of a victim to enact their shadowy desires. Thusly, the inexplicable needs of these otherwise abhorrent individuals are met and no innocent folks are hurt.

It's important to note that there was a decline in reported rapes. Also, correlation does not imply causation. Now that I've gotten that pesky reminder out of the way, I totally agree that sex work should be decriminalized; whether it's better protection for the already vulnerable sex workers or providing an outlet for disturbed individuals, the positive results are difficult to ignore.

Will RI head the unconventional call of "numbers don't lie" and reopen their loophole? Here's hopin'.