Do You Suffer From TMItis, The Social Media Oversharing Disease? 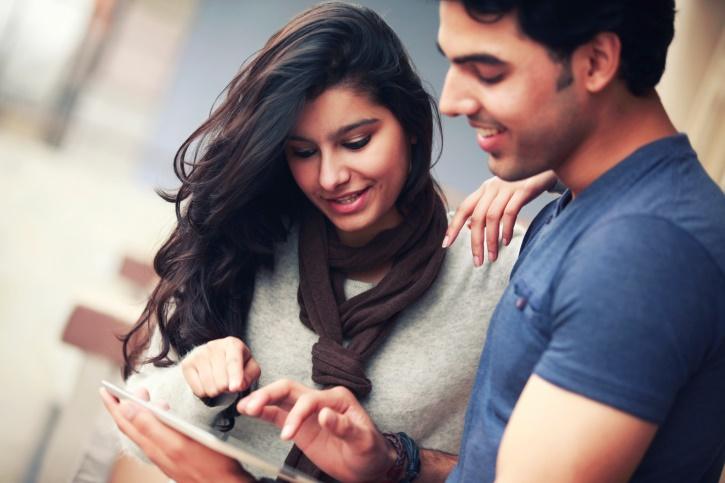 No, obnoxiously happy couple, we don't care about your European vacation (Credit: ThinkStock)

Social media is the cure for a disease I'm pretty sure 99% of us suffer from: TMItis. What are the symptoms of TMitis? Stalking your ex on Facebook, posting 10 pictures of you and your partner in front of monuments like the Lincoln Memorial or the Leaning Tower of Pisa, and posting selfies of you and your partner kissing. (On a side note, did you know a group selfie is actually called a usie? Whoever came up with the term usie is probably a dumie.) Our need to know and share information is way out of control, especially when it comes to love.

It all starts with becoming FBO, or Facebook Official. It's letting the entire universe or at least 5,000 of your closest friends know you're off the market. This is the first sign of TMItis. After you are FBO, the world is just anticipating your oversharing.

All The Single Crazies

If you're single and use Facebook to stalk your ex sometimes, congratulations, you're normal! That said, if you're single and stalking him or her daily, you need a life. But the most damaging kind of stalking is when we don't just snoop, we compare. I'll confess, I'm completely guilty of this myself. The last time I was single, I actually had to stop looking at other women's profiles on Facebook because they made me feel (or rather, I made myself feel) like a complete failure. Remember that girl in college who had the personality of a tree stump? She's now married to Chris Pratt's doppelganger. In 2013, the top three life events members added on Facebook had to do with relationships, so it's hard not to feel the sting of being single when all you see are ring photos and people in bad bridesmaid dresses.

Even when I was single and miserable, I was genuinely happy for most people who had found love. If some of the least appealing people I know found great partners, then I could too—and I did. The oversharers used to drive me crazy. But these days, people who, for example, post 700 pictures of their three-day weekend at a Bed and Breakfast, make me question their sanity. Another example is my Facebook, but not real-life friend, Gina*. Gina cannot stop posting about her boyfriend, Trey*. Trey, however, judging from his profile, doesn't have much to say about Gina. I also don't understand why Gina won't let her friends forget who her wonderful boyfriend is, if they're not even FBO. I wonder who made that decision?

Research paints an interesting picture of people who overshare about their relationships online. They have RCSE, aka "relationship-contingent self-esteem." The lead author of the study noted that:

So, I guess those people who keep us up to date with every kiss and dinner out are just happy and what makes them happy is their relationship. Not all of us think this way, and I'm sure happy I don't. Perhaps Gina has RCSE and Trey doesn't?

What Happens When You Break Up?

Even for people who don't overshare, when a relationship ends, Facebook presents a serious dilemma. What do you do about your Facebook friendships with their family members and friends? I assume if the relationship ends badly, people get just un-friended. But what happens when things just don't work out?

Let's examine the case of Rick. He is married to his second wife and they just had a baby, but he is still friends with some of his first wife's family members on Facebook.

[My ex-mother in law] comments on and likes a lot of pictures of my wife and baby. Things ended amicably though. Not sure how it would be if things hadn't ended on a relatively good note. [I'm also still friends with] her sister and father as well as some cousins. We don't interact much; we're probably mainly still friends because I don't ever trim my Facebook list down.

Facebook should really publish a guide in the Help section about what to do in these senarios. Zuckerberg, you know those privacy policies you keep changing? Can you create a policy about post-relationship Facebook etiquette to avoid extremely uncomfortable awkwardness?

For me, I'm very conscious of what I put on Facebook, especially because I'm in a serious relationship. But sadly, one of my reasons for not putting every detail of my life on Facebook is completely narcissistic—I don't want other people to get the wrong idea about my life and then feel as if they don't measure up. I've been there, so I try to be sensitive about other people's feelings. The truth is that could I check in at every fancy restaurant and post about every time I go to the Hamptons, but that doesn't accurately cover my entire reality. Should I also post the less-than-great things that happen to me too?

"Just cried for an hour to my therapist."

"Had a panic attack when I saw my bank account balance."

"I'm considering throwing out my boyfriend's T-shirt without his knowledge. Shhh! Don't tell him!"

I also write about my love and sex life as my job. Obviously it's my choice to put it out there, and while I am not afraid to overshare about my pubic hair dilemma, there are some memories and times between my boyfriend and I that are made more special because, well—we just keep it our selfies.