If You Think Men Are Funnier Than Women . . . You're A Moron 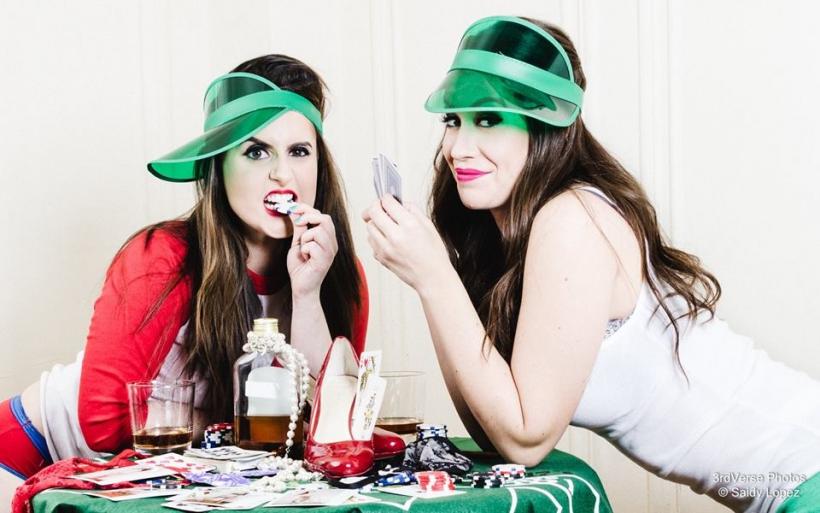 This is a guest post by Corinne Fisher and Krystyna Hutchinson for a special Ravishly series exploring the gender gap in comedy. Read our editorial take on the issue here, and stories from six other female comedians here.

Gritty, sexy, raunchy, silly and opinionated, Fisher and Hutchinson first started gaining local notoriety with their house-party-style live comedy shows at Gotham City Improv. The girls are currently making waves with their wildly popular Guys We Fucked: The Anti Slut-Shaming Podcast, a weekly podcast produced by Stand Up NY Labs during which Corinne and Krystyna interview men they've slept with, discuss sexual taboos and create a sex-positive environment for nearly half a million listeners worldwide. For the most up-to-date news on Sorry About Last Night, follow them on Twitter @SryAboutLastNyt.

Normal people (aka people who aren’t stand-up comedians) have asked me what it’s like to be pursuing a career field that's male-dominated. I’ve always been confused by this question because I don’t see comedy as being male-dominated, I see it as a field where funny, intelligent, forward-thinking individuals thrive.  It just so happens that if you do the math, there are more male comics than there are female comics, all varying levels of insane. So . . .  cool!

I think it’s clear to all sensible people that being funny has nothing to do with your gender. If you’re reading this and you believe that being funny does correlate with your gender, then you are a moron who shouldn’t be allowed to vote or operate a vehicle. I mean, no one is asking if white people are really funnier than black people, because that’s a stupid question. Of course white people are funnier than black people! Arab people are funnier than Puerto Rican people, Chinese people are way funnier than Japanese people (who knew those were even different, amiright?!), and German people will never be a part of any discussion involving humor.

Last week, an audience member came up to me after a show and gave me the whole “You know, I usually don’t think women are funny, but . . . ” spiel. I’ve heard this from men and women and it always makes me laugh. They don’t realize that what was intended as a back-handed compliment is really just a giant red flag letting me know they’re stupid and I should stop talking to them immediately. I used to list off people like Bamford, Leggero, Silverman and Notaro (the usual response being: “who?!”), but it came to my attention that a lot of people are simply content staying in the narrow-minded world they’ve created for themselves in their head and to be in any way affected by that person’s opinions is just . . . silly.

Are men really funnier than women? I feel like for me to answer this question would mean that for even one second I felt insecure enough in my abilities that I felt the need to defend them.

If you like this article, please share it! Your clicks keep us alive!
Tags
Krystyna Hutchinson
Corinne Fisher
Guys We Fucked
conversation
comedy
women
females
gender

If You Think Men Are Funnier Than Women . . . You're A Moron
Corinne Fisher and Krystyna Hutchinson