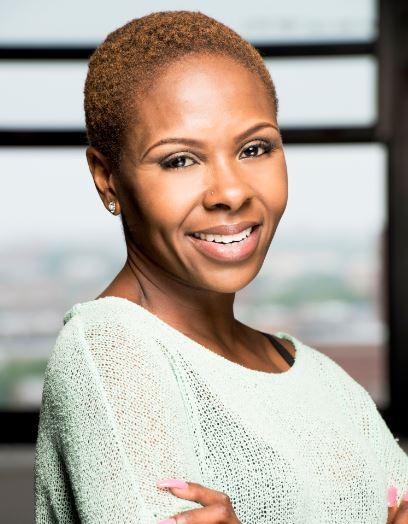 This is a guest post by Kellye Howard for a special Ravishly series exploring the gender gap in comedy. Read our editorial take on the issue here, and stories from six other female comedians here.

Described as Chicago's boldest comedian by the Chicago Sun-Times, Howard has been featured on Comedy Central, season 8 of Last Comic Standing, Wanda Skye’s Herlarious, Nickelodeon's Mom Night Out, and the pilot My Life is a Joke, which aired on the OWN Network. Howard also has jumped on the Vine boat and has been producing Vine videos and short comedy sketches for YouTube.

Are men funnier than women? Well yes, if you take into consideration the limitations and expectations of how a woman should behave based on society. But . . . not necessarily if you equalize women and have no pre-judgments on what we can and cannot do.

Some of my favorite comedians are women, and not because I'm a female comic myself. They are original and fearless in a world that injects fear into women. Lucille Ball, Moms Mabley, Joan Rivers and Tina Fey, to name a few, are some of the funniest people to ever live. Notice I said people and not women. These particular comedians went directly against any rules and regulations of how a woman should carry herself. They challenged the social norms.

Men are powerful, but women are courageous, powerful and have an insane amount of endurance. We don't give up! So in a world that has continued to tell women to slow down and care for the home, the kids and the husband, some of the funniest, most creative people in comedy are women. Most of them did this while caring for children and taking care of the home.

In most industries, women are pitted against men and told we're only good if we adhere to these particular guidelines. In relation to comedy, most women are only considered funny if they're raunchy or vulgar, with an arsenal of sex jokes. Over the last decade, we've proven that theory to be incorrect, thanks to comedians like Ellen DeGeneres, Wanda Sykes, Rebel Wilson, Aisha Tyler, Amy Poehler, Melissa McCarthy and many more. Bridesmaids hands-down is one of the funniest movies in the last 10 years, and was also written by a woman.

Women in comedy are underrated, undervalued and under-appreciated. I think the reason is because soon we won't even need men, so they're trying to hold us down (smile). But no worries, we'll soon rise up; there's an app for everything nowadays.

To sum up my true thoughts on this debate: Men are funny, and so are women; but to say one is funnier than the next would be snubbing the very concept of comedy. Comedy is about taking the woes of life and laughing at them. Everyone has pain; everyone has been hurt, belittled mourned someone, cried sadly, cried laughing, or just cried him or herself to sleep. Emotions are genderless. Why should we categorize who's skilled enough to help us through those moments of sadness? Who's telling the joke and making the funny face or noise or writing the script is ultimately irrelevant.