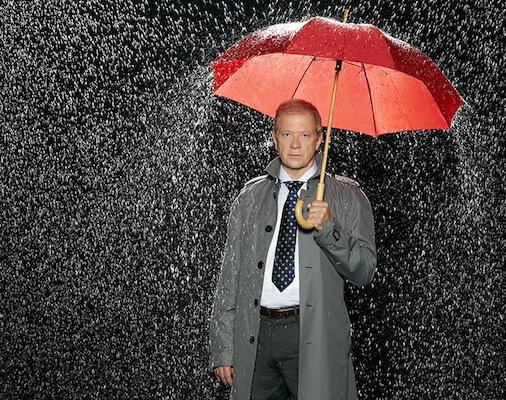 Words of wisdom to homophobes of the world: Don't tweet your hate to Shonda Rhimes.

Last night, the creator of Grey's Anatomy, Scandal, Private Practice and, now, How to Get Away With Murder, laid the smackdown to a fan lamenting gay characters on her shows. The exchange, in brief:

It's astounding to think we live in an age in which a show-runner can educate, lecture and generally school a fan about homophobia in real time, and the Twitter exchange is noteworthy for this reason alone. But it's exceptional for another reason too: it illustrates how Rhimes' Scandal, in particular, may be of the most significant shows for gay rights. Ever.

Of Scandal And Conservatives

Obviously, Scandal isn't the first show with a prominent gay character. But it is the first major network show to include a gay character—chief of staff Cyrus Beene—within a distinctly conservative framework.

Besides Scandal, the two most popular shows with gay characters at the moment are Glee and Modern Family, both of which skew very liberal; indeed, they are among the most beloved shows by "Super Democrats," according to research by Experian Marketing. Scandal, conversely, features a conservative female protagonist, played by Kerry Washington, based off the real-life political operative Judy Smith, who served as deputy press secretary during the first Bush administration. The presidential administration depicted on the show is also Republican, with the moderate Fitz as president, and the Tea Party, hardcore evangelical Sally Langston as veep.

While the show's portraits of these conservative characters aren't particularly flattering (as a general rule, the show casts its characters as morally corrupt), it's still rooted in Republicanism and ostensibly geared toward that audience. Like an alternate-reality West Wing, it even spends long passages serving red meat to the GOP base—like a recent episode in which the Southern belle first lady waxed poetic about gun rights.

Writing for Mic.com, Frank Hagler noted that the show is actually perpetuating the idea of a "GOP of the future"; one in which gays (not to mention ethnic minorities and women) can seamlessly exist within the Republican fray:

"Beyond the suggestion of a new era of post-racial television where characters are ethnically diverse but not defined by their race or ethnicity, Scandals offers a view into the future of the Republican Party. The show highlights three issues that the Republican Party is struggling to address—its lack of minority representation, its anti-gay platform, and the growing rift between social conservatives, the establishment, and the civil libertarians . . .

The notion that a moderate male establishment conservative and a far-right conservative woman can share the presidential ticket while the White House staff includes an African-American woman and a gay man in a same–sex marriage is kind of the vision that the GOP is looking to foster in their blueprint for change. The show holds out hope that sometime in the near future, the Republican Party will figure out how to have its social and establishment conservatives co-exist with its civil libertarians."

Rather than preaching gay rights (and racial and gender progress) to a liberal choir, it's advancing the notion of a more socially progressive future directly to the conservative party, and at a critical juncture for the GOP. Rhimes' tweet shows that not everyone is on board with this vision (at least yet). But when you consider that said homophobic tweeter watches the show, it's clear that progress is being made.

On which note, we'll leave you with Rhimes' parting tweet; let's hope her audience is listening. 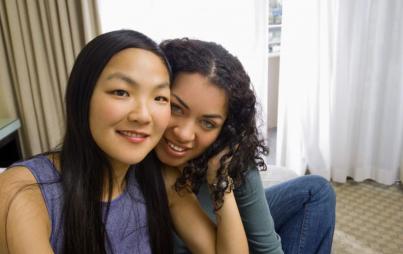