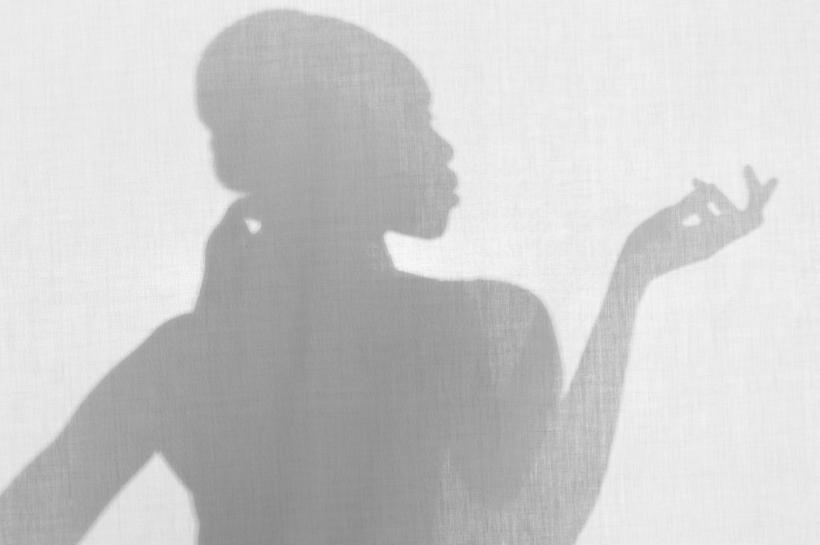 Yet strength becomes an indictment when it is considered a default reaction, instead of one of many responses to turmoil or adversity.

This is especially true for black women, including me. Crying is a forbidden reaction for us. Tears are a sign of weakness, which I quickly learned as a child. While “man up” is used to force inflexible masculine expectations on black, male children, “stop crying” dries tears before they ever reach our chins.

Sensitivity plagued me as a child. A cross word or stare would reduce me, instantaneously, into a puddle of tears. But instead of embracing me, my relatives attempted to toughen me up by stifling my natural emotion: “You’re too sensitive. Be stronger, Evette. Nobody has time for a crying child.” Their responses to my emotions were clearly rooted in their own experiences, but it also taught me that tears were never justifiable. Strength was the default, and anything less was unacceptable.

Referring to black women as "strong" becomes a denial of our vulnerability because we’re expected to remain vigilant, unmoved and unemotional, even as the world violates us time and time again. Calling black women "strong" disregards how this language has historically been used to harm and control us, to relegate us to a sphere where we could "handle" anything thrown our way.

During slavery, black women were considered inconceivably strong. We bore children that were often stripped from us; raised the children of our oppressors; tended to the fields and other plantation responsibilities; and endured inconceivable terrorism at the hands of our enslavers. And still we rose. Our strength was considered inherent because of our marked ability to overcome multiple oppressions.

Being strong and black was essential to our survival, but the idea that strength has been infused in our DNA has also hindered the ability of others to see and respect our humanity. Our pains didn’t, and still don’t, matter. The "Strong Black Woman" trope, coupled with a lack of empathy, has been the result.

Black feminist scholars have been analyzing the Strong Black Woman for decades.

After For Brown Girls founder, Karyn Washington, committed suicide in April, many were puzzled. Her ability to offer encouragement and inspiration to others should’ve shielded her from her own internal pain. However, as psychologists Dr. Anissa Moody and Dr. Wendi S. Williams note in EBONY, black women have few outlets for our emotions, and this is "complicated by their unwillingness to show their symptoms."

Dr. Moody and Dr. Williams conclude that “there is a need for a closer look underneath the veneer of the cool-posed black woman who apparently has everything, and is so well-put together.” Additionally, society must stop seeing black women as the Strong Black Woman trope.

Cultural critic and scholar, Joan Morgan, grappled with the idea in her seminal 1999 text, When Chickenheads Come Home to Roost. As Morgan explains, black women are often told in a multitude of ways that we must “stop bitching and handle it”—no matter how much pain we’re in.

“Always prepared to do what needs to be done for her family and her people. She is sacrificial and smart. She suppresses her emotional needs while anticipating those of others. She has an irrepressible spirit that is unbroken by a legacy of oppression, poverty, and rejection.”

We see the Strong Black Woman in media and in our lives. She’s so omnipresent that black women often internalize and reproduce the stereotype. As scholar Chanequa Walker-Barnes notes in her book, Too Heavy a Yoke: Black Women and the Burden of Strength:

“Black women are expected to be strong. And conversations about them—as individuals or as a collective—routinely invoke the notion of their strength.”

Like other black women, I’ve also fallen victim to the idea that being strong is essential to survival.

I developed a “no days off” maxim as an undergraduate student. Professors told me to strive toward perfection because writers of color are afforded few mistakes. I was encouraged to intern, freelance and participate in as many extracurricular activities as possible so I would have a resume that could compete with journalism students at predominantly white institutions. I often tweeted #NoDaysOff as I joined the tribe of women of color working to exhaustion. There were times I slept fewer than five hours in a week, sneaking in 30-minute naps between classes and other responsibilities.

I would sleep 12 to 16 hours when the semester was over, recuperating in bed for more than a week. The grind never ceased and I had little regard for the impact this constant weariness was having on me physically, emotionally, mentally and spiritually. The sacrifices seemed necessary at the time; I needed to be more-skilled than the competition.

However, what I sacrificed was self-care, and because the grind is supposed to be inherent in black women, nobody noticed the imminent burnout approaching. The lack of empathy afforded to black women is attributed to the fact that we're perceived as not needing the pity. We’re invincible. We have it all together. We’re always well, even when we’re not. Common emotional requirements, like crying and needing space and time to recuperate, are left little space to exist.

The Strong Black Woman keeps us from dwelling in our emotions as we sacrifice for the betterment of others. The SBW never allows us to remove the mask of resolute black womanhood to reveal the vulnerability underneath.

Strength is a virtue in a world where racism, sexism and other oppressions collide to harm us—but strength is not a requirement for black women to survive. I am a black woman who's strong, but I am no Strong Black Woman, and neither are you.

If you like this article, please share it! Your clicks keep us alive!
Tags
Strong Black Woman
Tropes
racism
Melissa Harris-Perry
When Chickenheads Come Home to Roost
Chanequa Walker-Barnes
#NoDaysOff
self-care
Too Heavy a Yoke: Black Women and the Burden of Strength
Joan Morgan
stereotypes