I've Never Had A One Night Stand, But Maybe I Should 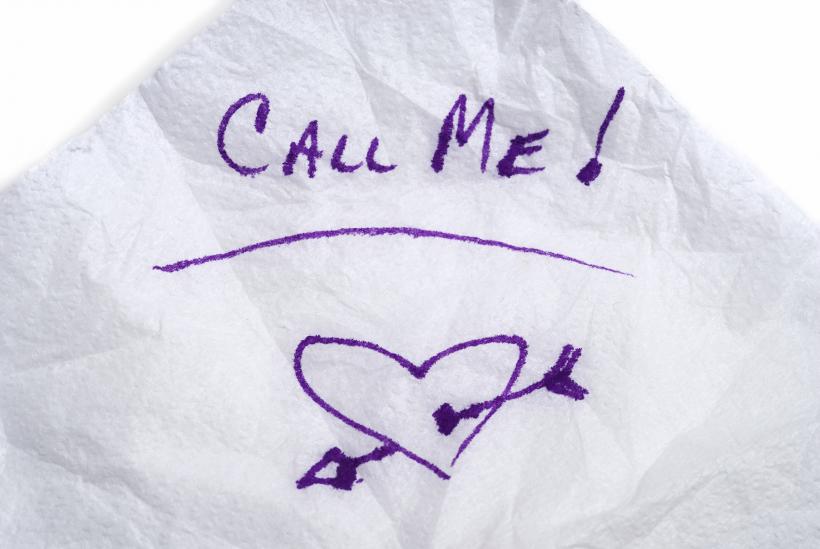 I’ve been thinking about one-night stands a lot lately because I almost had two of them this past summer.

But when I say “almost” I actually mean “not really” because I've never had a one-night stand. Ever. Each one-night stand I thought I was having ended up turning into a relationship. Or, my “one-nighters” were actually with friends and we all know that doesn’t count but such is my sexual M.O. and such is my problem with not locking down anonymous, impulsive sex.

As a teenager, I was surrounded by a close-knit group of friends who were all virgins, so, through osmosis or something (and because dry humping my pillow and imagining it was David Duchovny was a much hotter alternative than doing the real thing with any of my pimply-faced peers), I remained that way too until my first (seemingly) one-night stand. I was in my early 20s, and I was mad about him. We were co-workers, and prior to the “big night” we had hooked up a couple of times before (all above the belt). We shared a contemptuous relationship (meaning, we bickered a lot because we didn’t have one) but I was young and not equipped enough to ask or know for much better, so I went along with it.

The night it happened was one of those unexpected nights that happen a lot in your 20s: one minute you’re on the couch, bundled up, shoving pizza in your mouth, calling it a night; the next minute you’re in a subterranean bar, shoving your tongue down your crush’s throat.

As we were making out—and our way—from the bar, into a cab, and back to his place, I didn’t suspect that “it” was going to happen that night. I mean, I wanted it to (I was a virgin, not a nun) and so when it did, it happened in a very pleasantly surprising way (as far as first times go).

Afterwards, I didn’t call him. I didn’t ask, “What are we?” I liked him, yes. I would have liked for us to go out on a proper clothes-only date, but I left him alone. I soon ended up quitting the restaurant where we both worked (for a better job opportunity) and lost contact with him. I thought that our night together was the end of our story, and that was fine by me. I figured I had lost my virginity and bagged a one-night stand; two beautiful birds, one big stone. It felt liberating and grownup. I thought, “I could do this again, no prob!” and pictured myself unbridling my raging hormones by sleeping with anonymous strangers and leaving them with a, “Don’t call me, I’ll call you,” bravado.

Six months later, my first “one-night stand” and I were dating and in love. I found myself in a similar situation a few years ago. I was working with a guy who made me laugh a lot. One summer day, we went from hanging at the park, debating the merits of John Mayer to knocking boots in his bed, debating the merits of anal. It had been a fun and spontaneous way to spend a lazy Sunday afternoon, but, when I left to go home later that day, I didn’t expect that it would go further than its (give or take) twenty-minute expiration.

The first guy who I “almost, not really” had a one-night stand with this summer—let’s call him, “Channing”—had been a friend of mine for almost a decade. I chose Channing because he had always been that friend to help me out in a jam, like moving boxes and dialing “911,” so I thought he’d be more than willing to assist a friend in need.

It was a Saturday night. I texted Channing and we made plans to meet up at a bar. I wore my sophisticated Lord & Taylor dress and new Frye boots. I spritzed myself with my favorite perfume. I donned sexy underwear. Hell, I even put on make-up. I was ready for S-E-X.

Conveniently, Channing wanted to show me his newly renovated apartment, so I simply used that as an excuse to, quite literally, invite myself into his bedroom. No sooner did I comment on his “cool track lighting” when we were naked and fucking on his Egyptian cotton bedspread.

I ended up sleeping over, and I didn’t feel great about it—both the sleeping over part and the sleeping together part. I was worried I had veered our friendship into a no safety zone, and thereby had, effectively, run it off the road. And besides that…well, the sex had been disappointing. Maybe it was because of the premeditation of the act or the high anticipation of it that left me with such mixed results. Whatever it was, “it” didn’t live up to my expectations, and I felt horrible about the whole thing.

Channing and I attempted to come to some sort of an understanding; an arrangement that looked like our friendship, but which, inevitably didn’t feel like it and our ten-year friendship ultimately crashed and burned. The second guy who I “almost, not really” had a one-night stand with—let’s call him “Benedict” —was also a friend.

During the summer, we chatted a lot more than our usual “Hey, can you check out my latest script?” or “Hey, I heard you quit your job! Congrats!” We chatted about our day, about the places we’ve been and about the places we wanted to go. Soon our daily texting turned into full-blown sexting. Benedict was away in Europe, but upon his return, we knew we were most definitely going to have sex. It was not implied or inferred, it was straight-up “I am going to fuck you so hard, you won’t be able to walk.”

I was so caught up with the excitement of our sexts that I sent him pics of my lingerie, a move I usually pull only for boyfriends—that’s how much I wanted to ensure our sexting happened IRL. The night he landed, he wanted to see fuck me. I was freshly waxed and ready to go. And yes I even donned the lingerie I had sexted him. But, once we started getting into it, something was …off. I think with all the heavy petting descriptions and pictures being exchanged weeks before, there was an incredible build-up to our evening together, which was both to our detriment. Remember Public Enemy’s “Don’t Believe the Hype”? I think that pretty much sums it up. After a couple of awkward messages later, he soon moved across country and we haven’t talked since.

Though the aforementioned sex sessions were intended for one-night (whether or not they stayed that way), I know they’re not examples of authentic one-night stands. For one thing, I knew the men—some better than others, but knew them just the same—before they saw my bathing suit parts. And in the cases of both my first “one-night stand” and “Benedict,” we experienced versions of foreplay and fondling before officially dropping trou. What differentiates my “one-night stands” from this summer and the past is the spontaneity of them, or lack thereof.

This summer I prepped, I planned, I preened, I basically pulled a Machiavelli, and all I got was a stupid “I tried to have a one-night stand and failed miserably” t-shirt. What worked before was my allowance of things to develop rather than forcing them; the resulting relationships may not have lasted, but I knew they were real because they sprouted from something organic (and orgasmic). Sex didn’t turn out to be the end result of our relationship—it actually served as the catalyst.

The only reason I can come up with to explain why it happened the way it did—besides my obviously possessing a magical vagina, of course—is the simple face that I was living in the moment. I didn’t pre-plan or strategize. I let life happen to me. I allowed myself to be pleasantly surprised. (And, yeah, I picked up the phone when they called.)

I had good intentions for the “almost, but not really” one-night stands of this summer, but I think that was the problem. One-night stands don’t have intentions they just happen. Urban Dictionary (a reliable source in this instance) defines a one-night stand as: “Hooking up with someone for one night of sex with no strings attached and hoping to never see them again. It is important not to exchange any personal info with them so they can't track you down and stalk you later.” Truthfully, this is probably what I’m afraid of because I like knowing who I sleep with. I like having some sort of foundation, or at least a phone number and last known address (email will do, too). Sleeping with someone comes down to comfort, safety and vulnerability for me. The idea of sleeping with someone I don’t know has always seemed unpleasant and awkward.

And then, we’ll probably end up dating.

If you like this article, please share it! Your clicks keep us alive!
Tags
one night stands
virginity
Sex
Relationships
the dating scene
Memoir
true story
personal essay
friends with benefits