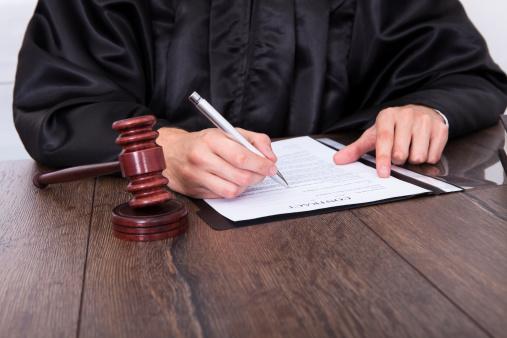 Most of the Harry Potter series stresses the value of standing up for your beliefs; especially against your own friends. I'm guessing that the justices on the Supreme Court haven't read these books, because they've been so dodgy on this whole same sex marriage issue.

Last month, SCOTUS refused to review challenges on gay marriage rulings. This, in turn, legalized the lovely practice in the respective states within the circuits. Problem? SCOTUS didn't take a firm stance on the issue.

Their move was spineless. And this is coming from a woman who's afraid of snails.

One of circuits, whose challenges were so denied, was the 10th. This circuit includes Kansas. Now, officials had placed a "stay" on the ruling. This means that the law change (in this case, legalizing same sex marriage) did not go into effect immediately. Remember the game Freeze Tag? It's as if someone tagged Kansas, and Kansas had to stay frozen. They were not technically out of the game, but couldn't do anything until someone "unfroze" them.

Stays don't last forever. The one (granted by Justice Sotomayor) in Kansas would end shortly. Kansas asked SCOTUS to extend their stay. SCOTUS denied their request, thus making gay knot-tying legal in Kansas. The document is vague, and dry. Below are its entire contents:

What?! Come on! As much as I abhor Scalia and Thomas, I'm satisfied they at least presented an opinion. I mean, sort of.

Soon, SCOTUS will have to face this issue head on. Prepare for a bloodbath.