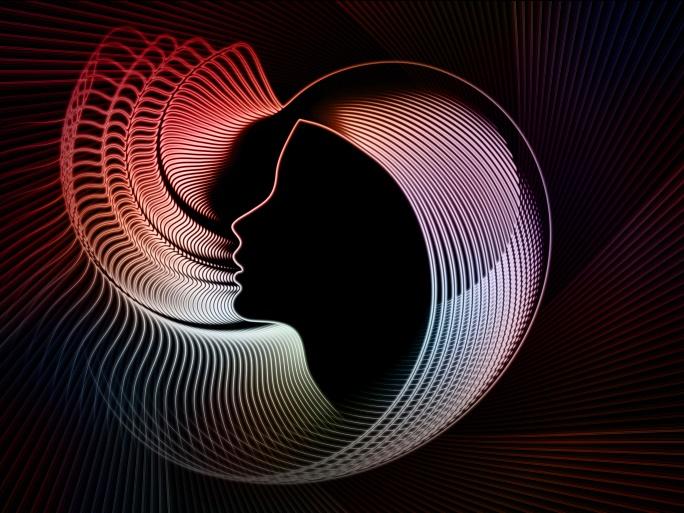 This is part one of a three-part series on diagnosing, treating and living with bipolar disorder. You can read part two here and part three here.

When I was nine years old I had a sleepover with my friend Jenny. It wasn't uncommon for sleepovers to occur at my house. Mine was the "cool" house. Most of the time my mother was either intoxicated or, preferably, gone. In the event that she was home and sober she was usually one of two things: A. Asleep. Soundly (aka passed out). or B. Awake. Very awake and usually rearranging furniture, or indulging my teenage friends in wine coolers and dress-up parties. As you can imagine my house was The Place To Be.

At the aforementioned sleepover, my friend Jenny came after school to stay on a Friday night. My mom was dating Steve* at the time (*not even bothering to change his name). Steve was a construction guy. Rugged. Red-faced. Sort of mean. He looked pretty much exactly like Ryan O'Neal from the 1971 movie Love Story. I know this because my mom made me watch that movie whenever she was particularly depressed and needed a real good cry. Anyway, at some point in the night my mother and Steve snuck away to Vegas and got married. I don't actually remember this occurring. My parents were divorced when I was four, and Steve was something like number five in a string of men we had shared housing with. It was only years later that my friend Jenny reminded me that when we woke up the next morning, I had a new stepfather and three stepsiblings.

This is an extreme example of my mother's behavior, but not completely unheard of. One day my mom picked me up from school in the middle of the day. I was in the fourth grade. And that was it. We moved in with Steve and I never went back to that school. She made me leave all of my Hello Kitty pencils in my desk and wouldn't let me go back for them. I didn’t really like Steve (despite the whole Ryan O’Neal thing) because A. the mean spirit and B. his favorite method of “discipline” involved a 2x4 across my backside. Incidentally, I didn’t much care for his two rowdy boys, either, who were promptly moved into my bedroom and liked to busy themselves by setting things on fire, or his 13-year-old daughter who convinced me to let her stab a safety pin through not one but both of my ears. But I was mostly just angry about the Hello Kitty pencils. Fourth grade was not a great year for me.

Someone referred me to the school psychologist, Dr. Banis-Jones. I still remember her face. Her long blonde hair. The way she used puppets to help me act out the dramatic scenes of my childhood. Most of my report cards from that time say things like, "Joni is so brilliant. But she is clearly troubled." "Joni is one of my brightest students. She can't seem to stay in her desk though. She is always wanting to help other students by doing their homework." There were a lot of questions about what might be "going on" at home, and a lot of assumptions about my parents' divorce causing me distress.

I knew from an early age that something wasn't quite right about my mother. But I couldn't name the "not quite right" feeling until years later. To me, weekly (daily?) rearranging of the furniture, alphabetized soup cans, perfectly ordered spice canisters (all the same size and dimension), being harshly punished for folding a shirt inside out, and having my toys donated for not being put away properly were all normal. Weekend parties dragging late into Sunday night, and men and women I didn't know or recognize passed out on our furniture or the floor? Normal. The stages of my mother's intoxication (giddy, lovey, crying, angry, passed out) were as predictable as the Sunday comics. The swings of her mood less so, but definitely following a recognizable pattern. Up. Down. Way way up. Way way down.

My mom wasn't the only one. She would talk to me about my great-grandmother medicating with alcohol, and then my grandmother medicating with alcohol. She told me about my great aunt committing suicide in a shabby hotel in a nearby town, and how she identified her body, then mourned with the family who all felt they should have done something, anything, to prevent the tragedy.

My family had, in short, a tortured history of mental illness. And I very much belonged to that family myself.

I began to experience my own swings as early as junior high. But my junior year of high school was a breaking point. I was working as an assistant manager of a clothing store, almost full time, 35 hours a week. I was taking a full honors and AP class load: English. Chemistry. Calculus. U.S. History. German. Psychology. Zoology. Most nights of the week I would be up until three in the morning or later doing homework, sleeping a couple of hours and then getting up at 5:30 to do it again. I was president of the German Club and acting in two plays a year. I was pushing, hard, and being praised for my intelligence, hard work and responsibility.

Eventually, illness ravaged my body. One Wednesday I passed out in my chemistry class, falling from the bunsen burner to the floor before I knew what was happening. I wonder now if the two boys who carried me to the office remember. I wonder if they realized what was going on.

These patterns followed me into adulthood. But they were just integrated parts of me, of who I was. Often you'd find me managing multiple jobs, college, raising kids. At one time I had my real estate license. I was an office manager in the same office. I was an apartment manager where I lived. I was an executive assistant to my broker. I was selling commercial real estate. I was pregnant. And I was helping to raise my sister. This was all happening when I was 20, aka the age when most kids are trying to procure alcohol illegally, stay awake in class and keep their pot hidden. But I was already grown up. My boss would regularly praise me for my organizational skills and my ability to remember anything, from the location of an obscure post-it to his mother's birthday, for my exceptional multitasking, my ability to relate to clients, my tireless efforts. I picked up his dry cleaning. I bought gifts for his wife.

I wonder if he realized what was going on.

I've been told many times in my life by various people, "I wish I had your energy." "I wish I could accomplish all that you accomplish." "How do you do it all?" People have envied me. Claimed awe. Disliked me. Hated me, even. I have lost friendships. I have lost relationships.

I wonder if they realized.

After the birth of my third child I suffered a severe bout of postpartum depression. It was my third bout, but this one was different, debilitating. I went to my family practitioner and we went through an arsenal of medications, carefully balancing doses, side effects and benefits until we found something that would take the edge off.

It was then that I first heard the term "bipolar disorder" used to describe me. I was half relieved, half devastated. We’ll talk more about that in the next piece.

I had unofficially applied the Bipolar Type II diagnosis to my mother. Accepted the probability that my great aunt was also bipolar. Entertained the possibility that my great-grandmother and my grandmother both suffered some sort of psychiatric abnormality. Admitted to the reality that it did not skip me. And realized that this put me in company with my mother, the person I’d least like to be compared to.

Five years later on a Wednesday in April 2005 I found my mom on her living room floor, passed out in her vomit. There were people I didn’t know living in her apartment. I carried her to the car, and drove her to the ER. Her blood alcohol level was .39. She had tossed back a handful of Xanax in a half-hearted attempt at . . . suicide? Sleep? Or just to silence the beast inside her. Ironically she was too sick for inpatient admission to the psych facility, but hardly well enough to be alone. When she was sober I took her to see my physician, the same one who told me I was bipolar. He told her what we both already knew. She is bipolar.

Sadly I can’t tell much more of her story because I don’t know it. We worked to find a cocktail of meds to level her moods, and she did OK. For a while. Then she missed her mania and refused to take them, instead choosing substance to medicate her moods. I don’t see her anymore. She doesn’t know my children. She’s never even seen my baby. That is what bipolar disorder did to her.

You won't usually hear me call myself bipolar. In nursing school I saw people who were really bipolar. What most people think of as bipolar is really know by DSM criteria as Bipolar Type I. This is the type that Sally Fields' character had on ER. It involves delusions of grandeur. Manic episodes. People who think things are owed to them. People who think they're Jesus.

These were the characteristics of bipolar disorder to me, and to the rest of the world.

But that's not the only type there is. The other kind of bipolar disorder, Bipolar Type II, doesn't usually require hospitalization. It's the sort that takes you from the highest highs to the lowest lows, but just right under the edge of thinking you're Jesus, or could become Jesus. It's the kind that allows you, in the throes of hypomania, to make questionable decisions which you may later look back on and regret. The sort that keeps you up all night cleaning out your dresser or organizing your closet. The sort that makes getting out of bed seem unbearable. The type that is sometimes combined with obsessive compulsive disorder, making cat hair on the furniture unbearable, and fuzz on the carpet a visceral experience. It causes you to walk on a broken ankle or run on a broken leg because the drive is so strong that the pain is irrelevant.

This is the disorder that can be (and often is) associated with people who are exceptionally smart or talented. People with "lots of energy." Artists. Musicians. Writers. Vincent VanGogh. Sinead O'Conner. Carrie Fisher. Ernest Hemingway.

That is also a face of bipolar disorder. And that is my face. It is real. It is seizing. It is shameful at times. And it is my life.

If you like this article, please share it! Your clicks keep us alive!
Tags
bipolar disorder
type 1
type 2
personal essay
advice
support 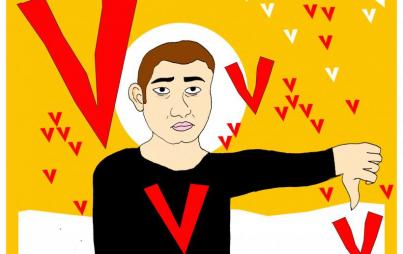