Idris Elba As A Post-Racial James Bond? Not So Fast 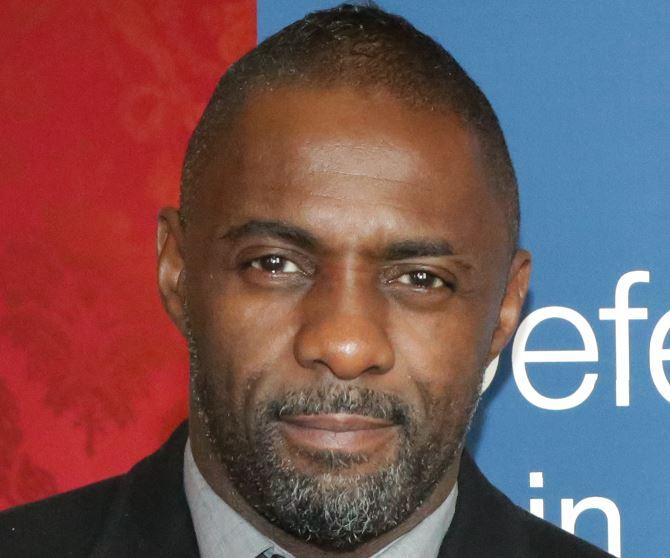 Over the holiday season, while most of you were exchanging gifts and overeating, Rush Limbaugh was spending his time thinking about James Bond. Leaked documents from the Sony hack indicate that the studio was mulling the idea of casting Idris Elba as Bond following Daniel Craig's departure from the role. Idris Elba is black. Bond, you may have noticed, has traditionally been white. And Limbaugh feels that this is wrong, wrong, wrong. Upon hearing the news, the radio host fulminated:

"James Bond is a total concept put together by Ian Fleming. He was white and Scottish. Period. That is who James Bond is, was."

The outrage at a black James Bond is (as Limbaugh himself acknowledged) racist. But it's also, in its way, perceptive. James Bond, as conceived by Ian Fleming, was in fact white. Moreover, whiteness was important to his character.

Or, to put it more clearly, James Bond is not merely white. He was, originally, white supremacist.

As Cynthia Baron has argued, Bond has always been a British imperial fantasy; he's an avatar of suave, sophisticated Britishness, swooping sophisticatedly about the barbaric former colonies, dispensing order and death to bad, swarthy men and sex to exotic women in about equal proportions.

The novels could be shockingly explicit in their racism. In Goldfinger, for example, there's this lovely passage:

"Bond intended to stay alive on his own terms. Those terms included putting Odd-Job or any other Korean firmly in place, which in Bond's estimation was lower than apes in the mammalian hierarchy."

The films are generally a little more subtle—but only a little. Baron writes that the first Bond movie, Dr. No (1962), opens with three black men in Jamaica murdering a rich white dude; the natives are restless, and James Bond will pacify them. Foreign, non-white villains are a staple of the series, as Samantha Petersen of California State University points out—from General Chang of Tomorrow Never Dies and Emilio Largo of Never Say Never Again to Dr. Kananga of Live and Let Die and General Medrano of Quantum of Solace. 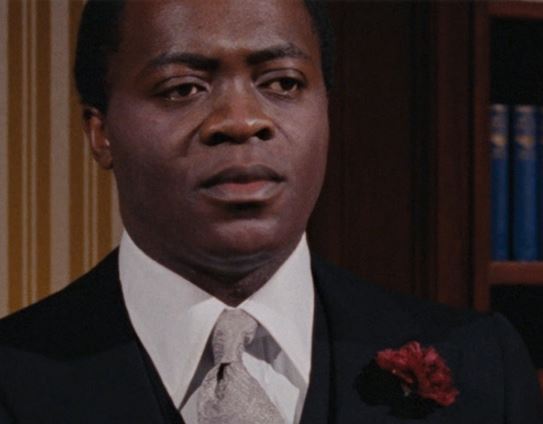 Of all of those, Live and Let Die (1973) is perhaps the one that most enthusiastically plays up Bond's whiteness in the face of dangerous black people. At some moments, it even verges on self-parody; Roger Moore trails a suspect into Harlem, where his whiteness makes him stick out like a "cueball," as one amused African-American pursuer puts it. If the film pauses to make fun of Bond's honky cluelessness, though, the joke is ultimately not on the white guy, as Bond casually murders his way through drifts of incompetent black people to save the petite white virgin (played by Jane Seymour). The idealistic leader of the fictional Caribbean island San Monique, Dr. Kananga (Yaphet Kotto), turns out to secretly be the Harlem heroin dealer Mr. Big, neatly suggesting that these new, non-white colonial leaders are not to be trusted, while cynically blaming black people for the heroin trade that devastated African-American communities.

The low point, though, is the treatment of black religious expression. Both a New Orleans funeral and a voodoo ceremony are presented as barely concealed excuses for ritual murder, as black people (hired by Kananga? Just naturally vicious?) ecstatically dance and shimmy at the prospect of someone, anyone, getting a knife in their ribs or being bitten by a poisonous snake. Bond's smooth, necessary violence in the name of imperial order is contrasted with the seemingly unmotivated, largely unexplained savagery of black people, who are presented as a dangerous, writhing mass, the better to be dispersed and disciplined by our white hero.

A big part of the point of Live and Let Die, and of the James Bond films in general, then, is that Bond is an avatar of white imperial Britain. The films are racist—which means that racist Rush Limbaugh is correct when he says that casting Idris Elba would be a real, meaningful alteration of the character.

"I Just Don't Want To Be The Black James Bond"

Idris Elba responded to rumors about his casting as Bond by saying:

That's an understandable sentiment—but it's also, I think, inaccurate. Sean Connery and Daniel Craig were, in fact, both white James Bonds. Certainly, Roger Moore's whiteness in Live and Let Die is essential to the character; it's both commented upon and thematized. Elba appears to be hoping for a post-racial James Bond where race isn't important to the character. But that would be a real change, because white supremacy, in the past, has in fact been important to, and even essential to, the character.

Does that mean that a black James Bond would be a non-racist James Bond? Maybe . . . but not necessarily. American foreign policy is currently directed by a black man, but it continues in a tradition of racist imperialism in which an iconically white America bombs iconically non-white people in the name of our supposedly better, whiter values and order. Along the same lines, Arun Kundnani, in his book The Muslims Are Coming!, notes that post 9/11, some white supremacist groups in Britain have started including black members, creating a multi-racial British coalition united against Muslim immigrants. Casting a black man as James Bond could be a way to investigate and question the series' imperialist and racist assumptions. But it could also be a way to shore them up for the 21st century—to erase a too obviously racist past and substitute in a supposedly post-racial vision . . . while still reveling in images of evil and dead foreigners.

Limbaugh is right that whiteness has been essential to Bond, but he's too quick to assume that the formula will change that much just because a black man is in the role. Whiteness and imperialism are resilient. Say what you will about that white supremacist asshole James Bond, but he remains hard to kill.