Relax, Ladies: Woman-On-Top Sex Is Not The "Most Dangerous" Position 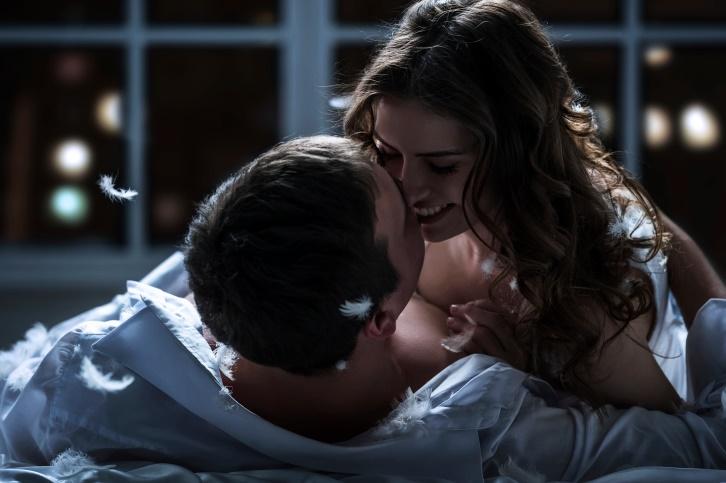 So you know how we always tell you to question the results of scientific studies? New research sending shock waves through the intrawebs is the latest proof of just how true this is.

Though the study in question (conducted by a team of universities in Brazil) was published last spring, the Internet is exploding with new "knowledge" that (duh-duh-duh) the woman-on-top sexual position is the most dangerous ever for heterosexual couples!

Allow us to walk you through.

Small sample size, much? Given these parameters, only 14 men in the group experienced a penile fracture when savoring lady-on-top sexytime. Eight claimed they were doing it doggy-style. Six went missionary-traditional and were on top at the time. Of the four men injured during sex with another man, it was split evenly: Two injured men took their partners doggy-style, and the other two were on top.

Though the 14 patients comprised 50% of the sample, let's repeat: It's just not significant enough to draw such lofty conclusions. So many other factors—like kink play, speed, location, role play, sex toy mishaps, loss of erection, allergies to sex products, unexpected natural disaster—could have led to the penile fractures. Had this study included more exploration and subjects, we may have been able to draw better conclusions.

Furthermore, giving your partner feedback ("too much," "slower," "WHY IS YOUR FINGER THERE??" etc.) can prevent many injuries. So can some basic common sense.

Obviously, Cosmopolitan just loves the woman-on-top position, since apparently, it makes the man last longer (more of that, please!) It also advises that women exercise some very common-sense caution: Basically, be aware of where his penis is at all times, and behave accordingly. If he slips half out, stop and wait until he's all the way back in. When turning around to rock some reverse cowgirl, move slowly and make sure he stays inside the whole time. Etc.