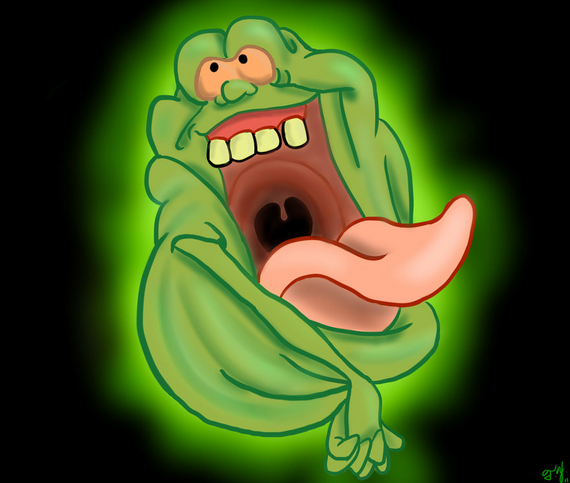 Ghostbusters is "a guy movie for guys" . . . apparently. Critics have been eager to assert this in the wake of announcing an all new, all women Ghostbusters reboot starring none other than Melissa McCarthy, Kristen Wiig, Kate McKinnon and Leslie Jones. Donald Trump harumphed, "now they're making Ghostbusters with only women. What's going on?!" Ernie Hudson, who played an original Ghostbuster, commented uneasily, "all-female I think would be a bad idea. I don't think the fans want to see that."

Hudson quickly reversed himself smelling his own blood in the wind . . . but the fact is, he and Trump have a point. The original Ghostbusters was a guy movie for guys—which is to say the film was, in many ways, both sexist and misogynist. The Ghostbusters in the original were all men not because women couldn't lift the proton packs or some such nonsense, but because the film treated women with not-especially-veiled contempt and distaste.

The contempt and distaste are mostly expressed through the character of Peter Venckman, played by Bill Murray. Venckman is presented as a disreputable but utterly charming charlatan; a raffish fraud. But in practice, his character is "winning" because he crudely and constantly harasses women—and harassing women is funny, get it? In his first scene, he rigs an experiment in order to better hit on a female student volunteer. It's not clear whether she's a graduate student or an undergraduate, but either way, she's significantly younger than him, and he's flagrantly misusing a position of authority—which again is supposed to somehow be a joke in itself. Shortly thereafter, he asks a librarian who's seen a ghost if she is mentally ill, and then follows that up by asking if she's having her period. The implication appears to be that menstruation and insanity are equivalent—and, of course, it's additionally amusing when guys ask women embarrassing personal questions.

The main target of Venckman's smarmy ickiness however is Dana (Sigourney Weaver), the putative love interest. Dana discovers an extradimensional portal in her fridge and seeks out the Ghostbusters for help. Venckman starts hitting on her immediately, and never stops through the entire movie; at one point she has to shove him out the door physically while he mumbles about how he loves her (they've talked to each other maybe a total of ten minutes.) He uses the fact that she needs his professional help to continue to bully and nag her, and finally she agrees to a date because the plot says she has to. It's the usual Hollywood formula, assuring guys that if they're obnoxious and repeatedly refuse to take "no" for an answer, the woman of their dreams will eventually come around, because women secretly find obnoxious harassment charming.

And more than charming. Before her date with Venckman, Dana is possessed by the evil spirit of Zuul, which conveniently has her dress in a slinky off-the-shoulder-number, wear heavy eye-makeup, and spout double entendres ("I am the Gatekeeper!") and not-even-double-entendres ("I want you inside me.")

On the one hand, this is a pretty obvious a continuation of Venckman's (and the film's) male wish fulfillment. Dana goes from utterly uninterested to (magically) somewhat interested to (scarcely more magically) demanding sex. But her transformation also comes across as a function of a kind of adolescent fear of cooties. The film's giggling sexist interest in women is balanced by a giggling misogynist fear of them. Bodily fluids are viewed as ectoplasmic ick; the films' most famous line is "He slimed me!" Murray is constantly verbally demanding sex, but actual intimate encounters (whether with ghosts or demons) disgust and frighten him. Thus a pleasant dinner for two with an attractive woman is, for the film, presented as the literal end of the world. When Dana/Zuul expresses sexual desire, Venckman spurns her. It's only when he pumps her full of tranquilizers till she's unconscious that he feels it's safe to nibble on her collarbone— an intimacy which might seem affectionate if Dana was actually already his girlfriend. But she isn't, so it just comes across as a fairly gross violation.

That's not the end of Dana's indignities either. Since—again—men hitting on women who aren't interested is innately funny, the film throws another suitor at her in the form of her neighbor Louis Tully (Rick Moranis.) Louis is eventually possessed as well, and he and Dana/Zuul end up passionately kissing, and possibly more than kissing. Thus loosened up, Dana cheerily kisses Venckman once Zuul is banished, as the film scurries to make sure that she ends up with every guy who's pursued her, not matter how much (or especially if?) she's said she doesn't want them.

The final defeat of the evil female demigod Gozer (Slavitza Joven) is accomplished when the Ghostbusters cross the streams of their nuclear weapons. It's a triumph of male-male (quasi-sexual) intimacy. The guys join together to defeat the monster matriarch and her giant evil Staypuff Marshmallow Man in a victorious money shot of spewing stickiness. Once the guys establish that they love each other, Dana can be handed off as a trophy, and the film can mercifully come to a celebratory end. Sigourney Weaver, at least, in that final street scene, looks genuinely relieved to be moving on to something else. Who can blame her?

The original Ghostbusters, then, nervously denigrated and (literally) demonized women. Misogyny and sexism were what held the plot together; without them, the film would be emotionally and narratively incoherent. A Ghostbusters with a female cast is a thorough violation of the spirit of the original. And that's a good thing.