Dear H&M: Don't Tell Me To Hide My Curvy Body 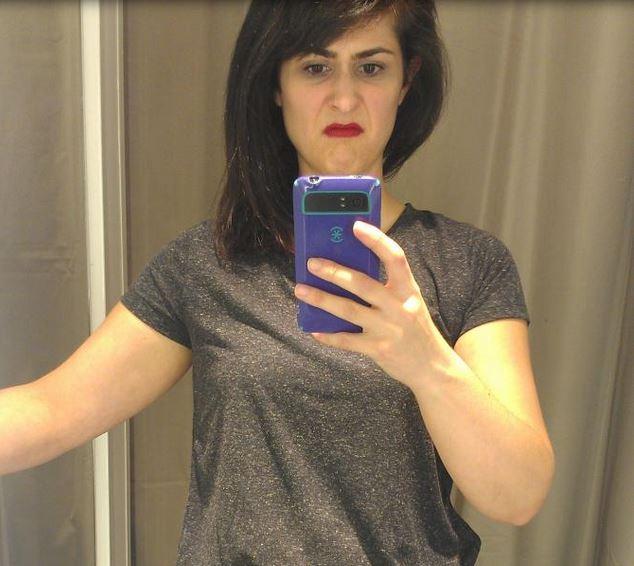 The picture above is me in the dressing room at H&M over the weekend.

I'm making that face because I am sick to death of all this oversized garbage that's taken over clothing stores.

I run hot, so my wardrobe falls largely into two distinct categories: long sleeves for when it's actually cold out, and tanks for every other day. A spate of 70-degree California days in February has been too cool for tanks, but too warm for long sleeves, and thus I could no longer ignore that I needed a few short-sleeved tops in my rotation. I had some free time on President's Day, so I decided to make a trip to my favorite fortress of BOGO tops and $10 jeans, H&M.

It looked pretty much the same as it did the last time I was in: a sea of loose, flowing fabrics fashioned into shapeless smocks.

I ask you this honestly: Is there anyone at all out there that this kind of shirt is truly flattering on? I mean, sure, there are people out there that it doesn't look as bad on. But I, for one, won't settle for clothes that "don't look that bad" on me. I want to look amazing, damnit, and the current trend toward baggy, boxy shirts is making that real hard for me.

Remember, if you will, a time before these frumpy frocks took over chain clothing retailers. A time when Obama had just been sworn in, and the recession was just beginning to ramp up. The threat of swine flu had everyone on public transit wearing ridiculous masks, and the passing of pop star Michael Jackson provoked an outpouring of worldwide grief—as well as a strange, selective amnesia regarding how poorly we treated the obviously troubled man while he was alive.

This, my friends, was the year 2009, and it was a great time to be me. I was 23, first of all; still in college and therefore not yet obligated to have my shit together. I was still living a romantic city life, miserably poor but surrounded by a city that energized me—even if I was too broke to truly enjoy it.

A show called Mad Men was also on the air, and I was an ardent viewer (still am). Mad Men is critically lauded for its authenticity in set and costume design—no poofy poodle skirts and cartoonish cat-eye glasses here—and the show’s popularity eventually trickled down to clothing. Pencil skirts came roaring back. Shirts for women were cut with a generous curve, and skinny ties started showing up in men’s departments. We even started wearing shapewear again.

In 2009, I had just lost about 30 pounds (I would slowly drop about 20 more over the course of the next year and a half) and all the seam-ridden, curve-accommodating, shape-accentuating pieces out there were a revelation to me. I had always liked shopping for clothes, but up until then I hid my figure in T-shirts and jeans. Finally brave enough to buy clothing that fit my frame, I was pleasantly surprised to find that almost everything I tried on looked good on me. You know why? Because clothes that are cut to fit look good on everyone.

This lasted for a blissful few years, until, around 2012, the pendulum swung the other way. Now fashion retailers in my price range are overrun with baggy, shapeless junk. Clothes that in no way need to be baggy are made baggy, so that if I'm looking for, say, a casual tank, my only options are tops that look like pillowcases with a few holes cut in them.

I've watched enough What Not To Wear to know that everyone thinks their body type is the hardest to shop for, but at this time, having a curvy body—a curvy body that you are proud of and that you work hard every day to make sure you don’t backslide into hating again—really is hard to shop for. I search endlessly for anything with a little bit of Lycra and with seams that don't form a right angle, and I cling to the pieces I still have from the halcyon days of curve-hugging clothing (I still have one single stretch-fabric tunic top that I bought at Forever 21 around 2010, which I think makes it immortal in Forever 21 years).

Call me nuts, but this new trend and the ferocity with which it has hit the market seems to send a subliminal message: You, as a woman, should want to hide your body. Obscure those curves. Cover up. Don't be too proud.

I’m not saying we should get rid of this style entirely—if it makes you feel good, wear it and tell me I'm wrong in the comments. I'm just saying I wish there were more options out there. I know a lot of people say fashion is frivolous, but this new body of mine (I’ve had it for about six years now, but it will forever feel “new” to me) has made me doubly aware of the power of feeling good in your clothes.

I also bought this, because I heard one girl say to another that it was "too little-kiddie for an almost-college-freshman to wear," and this 28-year-old says fuck that shit. 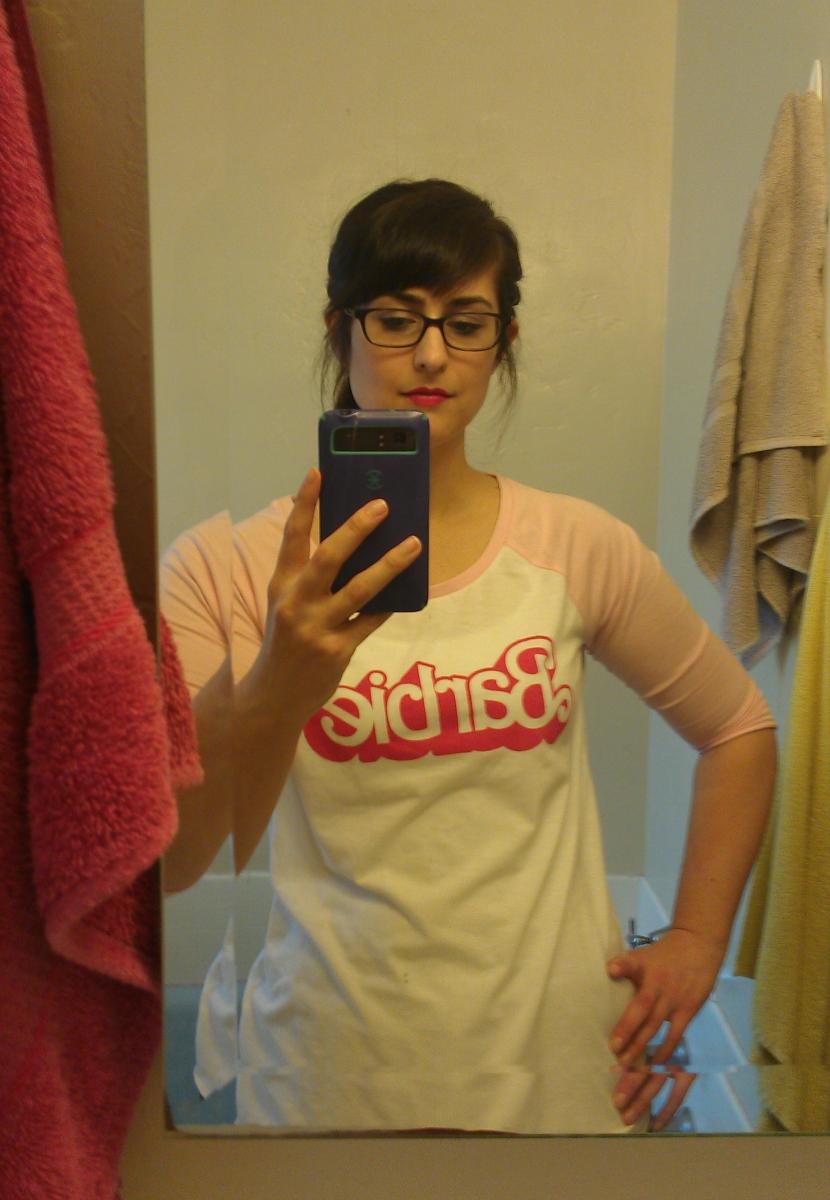 I'll probably take it in a little on the sides, though.