5 Things You Should Know About Boobs, Breastfeeding, And Biology 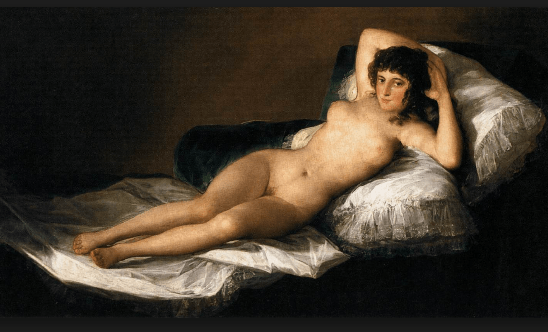 "I see you looking at my breasts and my vast scientific knowledge tells me that you must want to procreate. Yes?"

1. On size and shape: Breasts (and areola) come in a variety of sizes. From teeny to GIANT (on both counts). Pointy to round. Up high to down low. This seems like it should be common knowledge, but hold on. Do not assume behemoth tatas are some sort of gift, for as the purveyor of some seriously behemoth tatas, I can most assuredly tell you, they are not. Likewise teeny tatas aren't really anything super special.

The point here is all boobs are good boobs. And all areola too! Why are some areola huge and others teeny? Well biology mostly. The areola is actually differently colored for a very practical purpose. So that a baby can see it. I know. It's crazy! In fact, areola often darken during pregnancy. The nipple is basically a milk-target. Way to go nature. Nicely done.

2. Speaking of babies . . . Breasts are functional in design. I know, but they're fun-bags. Yes, yes, they are fun, but they're also functional as hell, designed to feed another human being. If you pause to carefully consider this, it's sort of, well, weird. The glands in the breasts that make milk bear a striking resemblance to sweat glands. So, when breastfeeding, you're essentially sweating milk. Mind. Blown. (Interestingly enough, only about 1% of women have supply issues or are otherwise unable to nurse).

Also. Nursing changes boobs. Usually. And that's ok. That should happen. If they didn't change some they probably wouldn't be working very well. Don't panic. They are still awesome even if they change size/shape/gravitational relationship with the earth.

3. A word on lumps. You (and by you, I mean everyone) should be feeling yourself up on the regular (once a month at least, pick a day). Some lumps are normal. Don't panic. Not every bump means cancer. But check it out on the regular so you can identify which lumps are the usual lumps and which are not. Most cancers occur at the top outer quadrant, near your armpit, so 12-2 and 10-12 on a clock, so make sure and go up and out. And whatever you do, don't leave your nipples lonely and out of the loop. Men, you too.

4. Oh the nipples. Nipples are sensitive. Duh. What you might not know (GUYS, talking to you) is that sometimes they are so sensitive that it doesn't incite sexy feelings when they are fondled. In fact, sometimes it incites 'I want to kick you in your face' feelings. Make sure and ask at what point your partner shifts from "I love you!" to "kung fu death match." Nipple fondling (from orgasm-inducing fore-play to breastfeeding) releases oxytocin (as long as it's not kung fu fondling). Oxytocin is the hormone of love. It's nature's way of guaranteeing a mother's warm fuzzy feelings toward her baby. And her partner too! It's nature's love guarantee. Aw.

5. Boobs are sort of a calling card, in a way. They are often the first thing people see. And women have long been objectified with respect to the hooters and that's rude. But at the same time that it's rude, it's also nature. See, here's the thing, because of the aforementioned oxytocin, there is a sort of biological response to boobs. You don't have to take my word for it either. There are studies on why people just l.o.v.e breasts. Actual scientific studies by scientists. So while it's really pretty rude for men to be checking out your melons, it is for reproductive purposes. Breasts=babies=love  . . . or some combination therein. Here's my suggestion. The next time you catch stranger gawking at your boobs, just hit him with a solid, "I see you looking at my breasts and my vast scientific knowledge tells me that you must want to procreate. Yes?"

If you like this article, please share it! Your clicks keep us alive!
Tags
breastfeeding
why do men love breasts
big nipples
little nipples
aerolas
motherhood
Sex
Relationships
attraction