Why I Stopped Weighing Myself 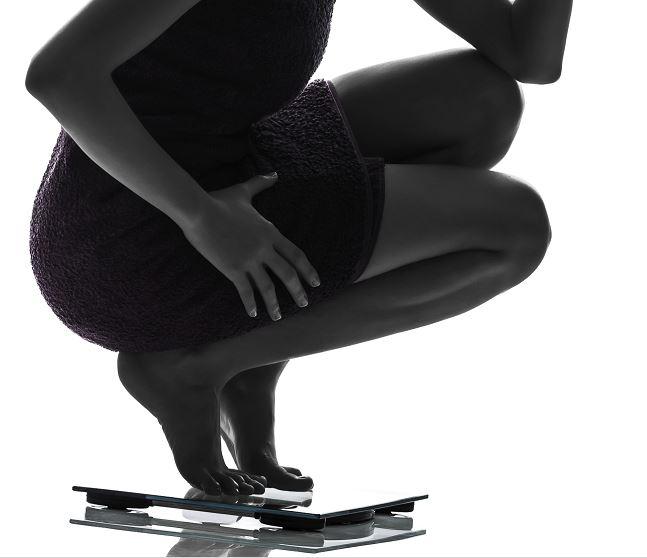 The scale was standing in the way of me leading a happy, healthy life.

I remember the first time I became aware of my weight. It was the summer after seventh grade, and my mom was getting married. I was wearing a strappy flowered dress and a big hat, and I was finally allowed to wear real pantyhose. These days, I avoid pantyhose at all costs, but at the time they were a symbol of my growing up. It felt like the beginning of an exciting new phase of my life.

In order to figure out what size I'd need, we used the little height and weight chart on the back of the pantyhose package. I remember locating my weight, finding my height, and pulling my two fingers down and across to meet in the middle, where I landed on my size.

I was a totally average-sized kid with a body so typical that nobody ever remarked on it. Not skinny, not fat. Unlike many girls, I never faced body shaming or had anyone police my food. My size was a thing I never thought about. But watching those two measurements come together to define me as a size, I realized the incredible importance of my weight—and the power I believed I held in determining what size I could be.

By eighth grade, I was dieting. One of the teen magazines I subscribed to featured an article about a girl who'd recovered from Anorexia Nervosa, listing the extreme tactics she'd used. They probably intended this to be shocking, but for me, it served as a guide on how to be anorexic. This started a nearly life-long cycle of obsessing over calories and exercise.

I'm fortunate that I never became very sick from this behavior, as people would intervene or I would seek help on my own. Not everyone is so lucky. But the cycle of weighing myself daily and trying to reach an ever-lower number loomed over me for another 20 years.

After my second baby was born, having left my career and feeling directionless and unmoored, I became dangerously focused upon returning to my pre-motherhood weight. I never stopped to consider whether this was healthy, or even possible. Cue compulsive exercise, food deprivation, and a few years of feeling truly awful about myself.

When I finally did drop to the weight I considered "not fat," I started getting sick all the time, and became depressed. When a trusted friend pulled me aside and firmly suggested that I not lose any more weight, and that I talk to my therapist about what was going on, I realized it was time to end this cycle of deprivation for good.

It took a while for me to stop hating my body after that. I wanted to be healthy, and that meant eating more and exercising in moderation. But this was a challenging balance to strike. I didn't have the skills to eat just one cupcake, or just a couple of cookies for dessert. It was all or nothing with me. My therapist helped, as did my amazing husband, and my friends were on call to give me reality checks when I needed them. I also banned negative body-talk from my vocabulary, and asked my friends to do the same around me.

Through all of this, I continued to weigh myself. Even though I wasn't doing it every day, I was sliding that scale out from under the bathroom vanity a few times a week, and I never liked what I saw. The number on the scale never felt like it represented the strong, healthy body I felt to my core. It only made me feel like a failure.

And so, I decided to abandon the scale. One day, I simply tucked it under the vanity and committed to at least a year without knowing what I weighed. When I was weighed at the doctor's office for the first time after breaking the numbers-on-the-scale habit, I turned my head away and asked the nurse not to tell me my weight.

I thought she'd fight me on it, or that she'd laugh and reassure me that my weight was fine. Instead, like a pro, she just wrote down the number and told me to step down. My doctor was equally respectful about my request, and he agreed without any fanfare or cajoling not to talk about it. He said I was healthy, that my tests were good, and that I was strong.

A year later, at my next physical, he turned the monitor with all the test results and stats toward me, and I saw my weight. I had a few minutes of feeling weird and confused about it, but then I realized something amazing: I knew the number, and I was fine. After he left the room, I stood up and ran my hands over my belly, my thighs, my hips. His words, "You're healthy in every way" echoed in my mind and I realized that even though I no longer wanted to weigh myself regularly, I didn't need to be afraid of that number.

It was the place I'd wanted to be my whole life: comfortable and happy. And I just happened to weigh more than I ever had, other than when I was pregnant. I knew that this was the beginning of a new phase of my life, the one where I'm okay with who I am, proud to be nearing 40 and the mom of two kids. It's a slow process, but I'm not ashamed of the marks and changes life has left on my body.

I'm realistic about the fact that I'm still slender, and all of the privileges that affords women in our society. I have never had to face discrimination because of my size like many women do, but I'm also respectful of the road I've walked to get to the place where the scale doesn't rule my life. Many women face much more severe eating disorders than I ever did, and their journey may look very different from mine, and that's okay. There are many different ways to recover.

I asked Dr. Kashif N. Chaudhry, a Cardiovascular Medicine Fellow at Lahey Hospital & Medical Center in Burlington, Massachusetts, if giving up the scale was a choice others could make, too. He explained that for healthy people, there's no proof that daily or weekly weighing is of any benefit to our health. He cites studies that have shown how regular weigh-ins can be helpful for patients who are losing weight, but for the rest of us, it's probably not necessary.

"Weight loss and weight gain might be signs of other medical disease, even as dreadful as cancer," Dr. Chaudhry explains. "But significant weight loss or gain will rarely go unnoticed, even in the absence of frequent weighing." Dr. Chaudhry notes that signs like your clothing becoming significantly tighter or more loose, feeling a sense of "heaviness" in your legs, or noticing you're bloated or short of breath are good indicators that it's time to check in on your weight or talk to your physician.

But what if you're trying to be more physically fit? Will watching the scale help you stay on track with fitness goals, such as strength and cardiovascular health? Meredith Shirk, fitness trainer and owner of Svelte Fitness, explains how relying upon a number on a scale as an indication of health can be a big mistake. "Weight and fitness do not always coincide," she warns. "You can be extremely skinny and not able to get up a flight of stairs without huffing, which would not make you very fit . . . You could also be 30 pounds overweight and not be able to make it up those same stairs." In that case, you have the same outcome (being unhealthy) at two very different weights.

"The thing you have to be careful of is obsessing over a number," she continues. For people who've lost weight and are also gaining strength and fitness, it can be easy to be tricked by that number on the scale. "What they don't realize is that the more they train and become stronger, the more muscle they're going to gain." She points out that muscle weighs more than fat, so that little needle can trick you.

Ultimately, that was the realization I had to come to on my own. I wanted to feel capable of running down the beach with my kids, to work up a sweat and have a good time of it, and to have a long life. For me, weighing myself regularly was actually standing in the way of achieving those goals. So I'm going to keep an eye on my health and happiness—and let the scale stay under the bathroom vanity.

If you like this article, please share it! Your clicks keep us alive!
Tags
weight loss
scale
weighing myself
weighing yourself
health
wellness
essay