16 States Have More People In Prison Cells Than College Dorms 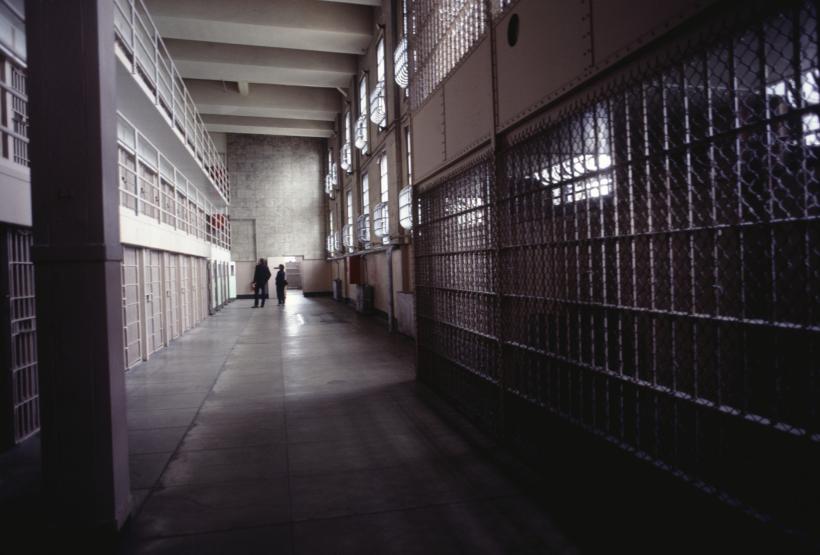 College or prison: which is more important? In 16 states in the land of the free, the answer is prison.

As was reported in MetricMaps, there are 16 states where there are more bodies filling up the prisons than there are students living in college dormitories. What is truly fascinating, maybe even disturbing, is that nearly all of these 16 states are located in the South, the bottom portion of the country. You must view the map in order to appreciate the gravity of the situation.

Let than sink in for a minute. More people behind bars than in the dorms. What could it be about the South that would explain this? Could it be a tradition of slavery, racial violence and Jim Crow segregation, a legacy of criminalizing and dehumanizing people and of just not treating folks very well?

Keep in mind that the United States has the largest prison population in the entire world, at more than 2 million, and an incarceration of 500 prisoners per 100,000 residents (and over 700 when local jails are factored in the equation). The devil is in the details, and apparently, much of story is in the South, which locks up a larger percentage of its population (552 per 100,000) than the Northeast (296), Midwest (389), or West (418).

Unpacking that just a little more, even within the South, some states are worse than others. For example, Louisiana is the state with the highest incarceration rate in the nation (867), followed by Mississippi (686), Oklahoma (654), Alabama and Texas (648 each).

Wherever you find mass incarceration, you find racism and abuse. As the state with the largest incarceration rate in the world’s foremost prison nation, Louisiana can boast that it locks up a greater percentage of its people than anywhere in the world. Louisiana is home to good food and good musicand a rich culture. But the Bayou State locks up 1 out of every 86 people. And in Louisiana, a unanimous jury is not needed to convict someone of a crime, even sending them to prison for life.

Louisiana is home to Louisiana State Penitentiary at Angola, the former slave plantation that actually operates as a slave plantation, with mostly black prisoners who engage in hard labor in the fields and white guards traditionally known as “freemen.” Meanwhile, 1 in 14 black men in New Orleans is incarcerated, and 1 in 7 is under some sort of governmental supervision, whether in prison or on parole or probation.

In Alabama, one of the prison leaders in the U.S., the prison population has swelled from 6,000 in 1979 to over 28,000 today, according to the Equal Justice Initiative. The state boasts some of the country’s longest sentences for violent and nonviolent offenders alike and is guilty of the most felony disenfranchisement in America. Meanwhile, while prison spending increased 45% from 2000-2004 in Alabama, spending on education increased a mere 7.5%, giving credence to the idea that education suffers when more and more prisons are built.

Further, judges in Alabama—who are elected—can override jury verdicts, even in death penalty cases. Alabama is also the only state in the country that does not provide state funding to provide legal assistance to death row prisoners. And while 65% of crimes in the state involve black murder victims, 80% of people sentenced to death were convicted of killing a white victim.

Meanwhile, while blacks are 27% of the population of Alabama, they are 63% of the prison population. And none of the appellate judges and only one of the elected prosecutors is black.

It is no accident that the states which imprison the most–including the Deep South—are among the poorest and find themselves at the bottom of the barrel in terms of life expectancy, health standards and education. After all, Dixie has a great deal of experience with depriving people of educational opportunity when it forbade blacks to read and write, in favor of imprisoning them against their will on slave plantations. In addition, the Slave Codes created a police state that criminalized black people and singled them out for punishment. And the era of Jim Crow segregation only continued the racial oppression and the forced labor and imprisonment, even up until the present day.

So you see, the South has a long history of prioritizing prisons over education, which could become its downfall. And investments in schools are cut as more prisons are built, even though crime has dropped for decades. The more money you have for one, the less you have for the other. Some habits are just too hard to break.

Why Rand Paul's presidential bid should matter to black America