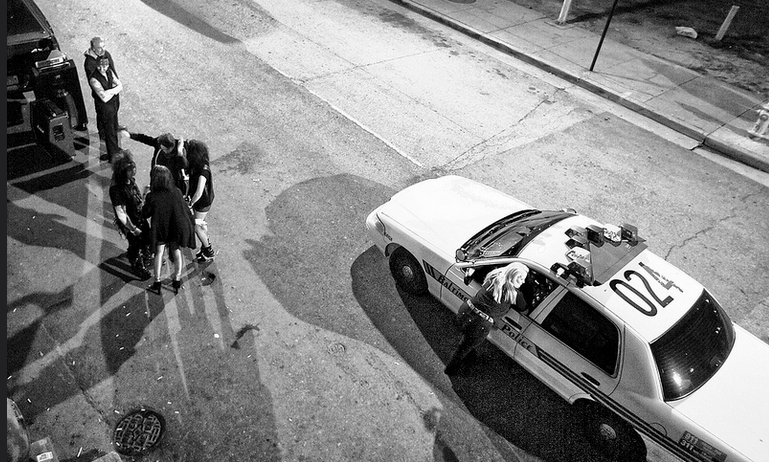 Their intention is peace.

Baltimore, the Bloods and the Crips street gangs are putting down their weapons and are marching together against police brutality. That sounds like a good plan, but the police see it another way.

As was reported in The Daily Beast, the gangs, responding to the death of Freddie Gray by the police, have decided to declare a truce and join the protesters, focusing their attention on, hopefully, fighting a corrupt system and becoming a positive force in the neighborhood.

Society always tells the wrongdoers among us that they need to change their ways and contribute to their communities rather than tear them down and kill one another over dumb stuff. So now, they are taking a step in the right direction. That’s how deep things are right now in Baltimore.

Meanwhile, the Baltimore PD does not think this is a good idea. The police department recently tweeted about what it views as a “credible threat to law enforcement,” along with a link to a press release on Baltimore Police Department stationery. The memo reads:

the “Baltimore Police Department / Criminal Intelligence Unit has received credible information that members of various gangs including the Black Guerilla Family, Bloods, and Crips have entered into a partnership to “take-out” law enforcement officers. This is a credible threat.  Law enforcement agencies should take appropriate precautions to ensure the safety of the officers.”

But wait a minute, something does not pass the smell test. How did news of a gang truce in The Daily Beast morph into a police press release about a gang plot to kill cops? This sounds a lot like NYPD reports that the Black Guerilla Family — a Baltimore-based prison gang with a presence in New York — was targeting two Brooklyn precincts following the execution-style shooting of Wenjian Liu and Rafael Ramos, two of New York’s finest, in December of last year.

Late Monday night, gang members in Baltimore told WBAL reporter Deborah Weiner there was no truce made to “harm cops.” One of the men said plainly to Weiner: “We’re not about to allow ya’ll to paint that picture of us […] We want justice for Freddie Gray. We believe in that.” (full interview here)

Their intention is peace.

One way to undermine these efforts is to vilify and criminalize them. As Malcolm X said, “Once the police have convinced the white public that the so-called Negro community is a criminal element, they can go in and question, brutalize, murder unarmed, innocent Negroes and the white public is gullible enough to back them up.”

This reminds me of the recent statement by Gene Ryan, the Baltimore police union chief, comparing the anti-police brutality protesters in the city to a “lynch mob.”

In his column in the New York Times, Charles Blow called out Ryan. “So, there have been protests. But protests are not the same as a lynch mob, and to conflate the two diminishes the painful history of this country and unfairly slanders the citizens who have taken to the streets,” Blow said. “Maybe Mr. Ryan is unaware not only of the history of lynching and lynch mobs in America overall, but also in Maryland itself.”

Ryan’s statement was in league with the equally malicious words of Patrick Lynch, head of the Patrolemen’s Benevolent Association — the union representing NYPD officers — when he declared a war on New York City protesters following the tragic slaying of those two NYPD officers. Lynch seemingly blamed the demonstrators for the cop killings. And then NYPD commissioner Bill Bratton, as if to team up with Lynch in a quiet police riot, urged the New York Senate to make resisting arrest a felony. Political protesters are routinely arrested for the offense of resisting arrest. Now you understand where this is headed.

The idea of gangs coming together may scare some people. And certainly, police would use the recentclashes between police and angry black teens on the day of Gray’s funeral to stoke the fires of fear and promote the image of dangerous black boogeymen, a tactic which is never used in the case of white rioters.

But then again, the idea of any black people coming together is a threat to someone. The Black Panther Party was a threat to the police, as were the Southern Christian Leadership Conference and the Student Nonviolent Coordinating Committee. Under Jim Crow, it was a crime for black people to assemble without a white person present. But if black men who are trapped in the cycle of violence and death seek to free themselves — from killing others and being killed by police and gangs alike — should we not applaud them?

And speaking of gangs, many people regard the police as a gang. Certainly, the severing of Freddie Gray’s spine qualifies as the handiwork of gang bangers and thugs.

Gangs are part of the community, however negative, and are actually a social structure organized upon the failures of our dysfunctional communities, the failure of the village to raise the children. It stands to reason that many gang members are poorly educated, functionally illiterate, and never had a positive role model to show them the way. Some are also natural born leaders who could have been shining starswith the proper training, opportunity and nurturing environment. Many of their fathers are dead or in the penitentiary, casualties of a war on drugs that has destroyed black families and eaten black communities whole. After all, with black women outnumbering men by 19,000, Baltimore has the sixth highest number of missing black men in the nation.

And now, in light of the #BlackLivesMatter movement, there is palpable anger out there, but also a passion for justice and the need for people to channel their energy into positive change. Perhaps the gangs pose a greater threat to the police if they are not killing each other. The threat of gang violence is necessary in order to justify all that money pouring into drug, gang and anti-terrorism task forces.

Keeping the public scared of the big black monster keeps some other folks in a job and shifts attention away from why there are protests and now apparent unrest in Baltimore in the first place — years of deprivation and disrespect, culminating in the murder of another black man by the police.