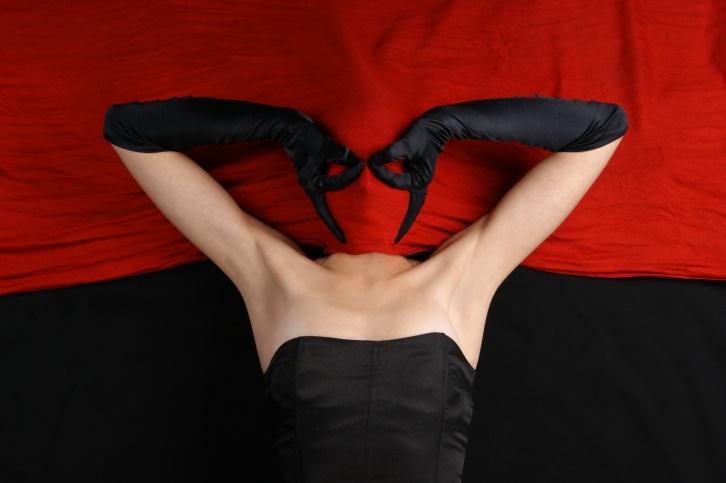 I instructed Todd to identify every aspect of his fetish. What about his fetish did he absolutely need? What aspects could he live without?

If President Obama ran for office again, he'd get my vote without question. Not only has he saved me a bundle each month with health care reform, but now he is weighing in on something near and dear to my heart.

Last week the New York Times reported that President Obama is calling for an end to conversion therapies that aim at "fixing" gay, lesbian, and transgender youth. While the therapies are marketed toward all ages, young people are particularly vulnerable because they are at the mercy of parents who are misinformed, uneducated, or rigid in their beliefs.

The proposed federal law was motivated by a 17-year-old transgender female named Leela Alcorn who posted a harrowing suicide note prior to her death last December. Her writings brought world wide attention to a therapy practice proven to be dangerous and ineffective for countless numbers of people. The idea that one has control over their sexual identity or predilections is simply incorrect. Scientific evidence is leaning more and more—and has been for decades—toward the belief that our sexual make-up is genetic and something that can't be changed. Education and management are now the recommended treatment plans for anyone who is part of the LGBTQ community.

The same is true for people who have sexual fetishes and fantasies out of the norm. As a therapist who specializes in treating sexual fetishes, I have long been aware that the field of psychology is not knowledgeable about how to deal with fetishes. Professionals, life coaches, and ministers profess to use behavioral conditioning, much like conversion therapy, as a means to get someone "back to normal." I jokingly refer to this as perversion therapy. Years of experience has shown this approach to be ineffective.

Todd is an example of someone who tried the conventional treatment approach to "cure" his fetish for feet encased in sandals. This fetish was a part of his sexual make up his entire life. However, when his wife discovered his interests, she gave him an ultimatum. "Get rid of the fetish or our marriage is over." Todd loved his wife dearly and wanted to comply with her wishes. He tried to get help wherever he could.

Luckily, Todd found an article I wrote about fetish and contacted me. He walked into my office sad and hopeless. He was still hoping that I could cure his fetish. He wanted a form of perversion/conversion therapy. He wished I could give him a pill that would take away his fetish desires. Instead I gave him so much more. I taught him how to embrace and enjoy his fetish.

I used my Five Point Fetish Plan that I've outlined in my book, Fetish and You. It's very simple and helps fetishists understand the powerful nature of fetish. It also encourages readers to challenge old beliefs and develop more rational thoughts about fetish.

I instructed Todd to identify every aspect of his fetish. What about his fetish did he absolutely need? What aspects could he live without? Todd decided that he didn't need to have a physical collection of shoes in his closet. He would be content seeing his wife dress in sandals and he'd also like to be able to think about his fetish while masturbating. We also worked on self-acceptance and management. Since Todd is married, his wife is an integral part of the treatment. She needed to change her own belief system about fetish sexuality. This happened through education and re-evaluating her values about sex.

Just like no one chooses to be gay, lesbian or transgender, nobody chooses to have a sexual fetish. The key is education and re-evaluating one's attitude about sexuality. While many fetishists seek out therapy as a means to 'rid' them of their sexual predilections, this approach is simply incorrect. I have worked with fetish for years and I know that sexual triggers are deeply ingrained. They won't go away. But they can be embraced, managed and enjoyed

Our society needs to wake up and become aware of sexual variations and gender identity. We have to stop oppressing young people by instilling old, antiquated rules about sex into their mindset. Therapies that offer cures by changing one's sexual make up or identity are dangerous and ineffective. I'd like to personally thank President Obama for starting a dialogue to end conversion therapy nationwide. To date, it's all ready been banned in California as well as New Jersey and Washington DC.

People who have a sexual fetish unfortunately remain silent. That's because they can easily blend. But inside, they struggle unnecessarily from tormenting feelings of shame and guilt. It's my hope that we can accept individuality when it comes to sexual arousal.

Fetishists are good people that come from all walks of life. Is it fair to judge them as freaks or perverts on the basis of their internal sexual fantasies and points of arousal? I hope that this proposed new legislation will open up a much needed dialogue. Emotional suffering based on genetic make up is absurd and must be changed.

As a society we need to open our hearts and our minds. Our sexuality and sexual orientations do not define us as human beings. We are defined by our behavior and the way we treat our fellow human beings.

If you like this article, please share it! Your clicks keep us alive!
Tags
obama to ban conversion therapy
LGBTQ rights
homosexuality is genetic
fetish
sexual fetish acceptance
marriage
theraoy

MORE FROM Jackie A. Castro

7 Lies Your Mother Told You
Jackie A. Castro

He Cheated On Me– Now What? A Psychotherapist Shares 5 Ways To Cope With Infidelity
Jackie A. Castro

On Conversion Therapy And Fetishes: You Can't Fix What Isn't Broken
Jackie A. Castro

Not So Smart After All: 5 Mistakes Couples Make With Their Phones
Jackie A. Castro