Kinksters, Creepers, And Shame, Oh My! On Kink Shaming And Personal Responsibility 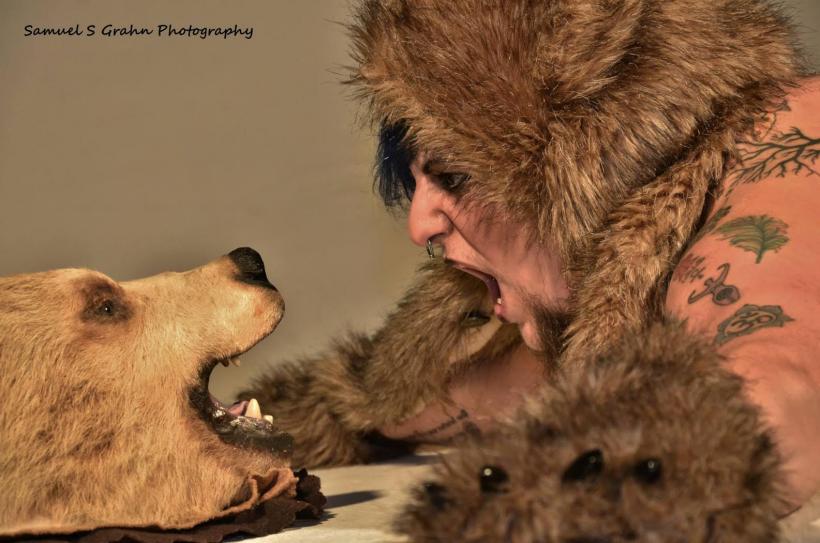 Loving something does not give you license to dump it into the laps of unsuspecting (and un-consenting!) subjects.

I recently made a Tumblr to cross-post everything on my fan page, and of course, bring some exposure to the fact that Men Don’t Own Beards. But it occurred to me that tagging my posts with things like #BodyHair, #BeardedLady, or #NaturalWomen may drag in more than just solidarity.

While most of us know Tumblr for its blogging and copious re-blogging of social justice rants and geeky fandom memes, another contingent claims a corner: fetishists. Particularly, fetish blogs that find appealing pictures via hashtags, and repost them. And because I didn’t want them sniffing me out for my beard or body hair, and adding me to their fap-fodder collection (or messaging me, asking for more pics), I did some grunt work: I found as many relevant fetish blogs as I could, and ignored the fuck out of them.

“But Bear,” you ask. “Aren’t they entitled to their fetishes? Can’t people like what they like? Who are you to judge them? Isn’t that . . .—DUN DUN DUN!!!—Kink-shaming?”

Ah, yes. Kink-shaming. That magical stop-sign of an accusation reminding us all that people can collect, stalk, message, and fap to whatever or whoever they want with not a drop of consequence, scrutiny, or critique.

Here is the truth: you can like whatever you want. Technically, I can’t stop you. But loving something does not give you license to dump it into the laps of unsuspecting (and un-consenting!) subjects. You are still an adult (I assume). You still have a personal responsibility to accept “no” when someone wants nothing to do with it (or you).

Your fetish is not a shield. It is not an excuse. But I—as the subject—have EVERY right to shield myself from you if I find you threatening or invasive. Therefore: you like hairy chicks? Congratulations. I happen to NOT like guys who are specifically into hairy chicks, because I am more than my individual “quirks.” (Though, for what it’s worth, I owe you no explanation at all.) Sorry (read: not sorry) for my lack of gratitude.

And if you think you can sway me with some needling messages explaining that you can’t help it? Don’t bother. You can help it. You just don’t want to.

I would say a good five or six times now, I’ve joined and then deleted within 48 hours. You see, without getting into it (sorry, you can’t all be privy), I’m kinky as fuck. But nary an hour will go by before I receive my first message.

That’s a thing. Specifically, it’s a thing I don’t want. Same goes for when guys want to poke their baloney pony in my pudgy belly. Same goes for when guys want me to make a video for them of me shaving my head. It’s not just because these requests are made before there’s even a, “Hello, my name is _____.  How are you this fine evening?” It’s because they assume my being on a fetish site means everything is up for auction.

In response, I politely (but very VERY firmly) explain that I am not comfortable being objectified that way. The trump card is then laid on the table: “Then you shouldn’t be on Fetlife.”

So, I leave. I don’t leave because he’s right. I leave because I don’t know how to refute that. Even if I block him, how long until the next one steps up? That’s the conundrum of being a fetishist who doesn’t like to be fetishized. The only way to avoid the sharks is to stay on land—dry, safe, vanilla land. And every time someone asks if I’m on Fetlife, I have to conjure up the Cliff Notes version of this story.

However, this is a fairly small change. It’s not unsolvable, and I live in the fairly kink-friendly AND socially progressive microcosm of Seattle. A much bigger issue arises in the world of Fetish-ology 101: what happens when your fetish is grossly problematic?

In a perfect world, we want to believe that all kinks are created equal, and there is no dark psychology behind what gets our jollies. After all, seemingly violent inclinations such as consensual non–consent, choking, and degradation don’t imply that people want to be hurt physically and emotionally out of the context of the bedroom (or whatever room in which said jollies are gotten).

But, sad as it may be, some fetishes are based in antiquated and even offensive mindsets.

I’m going to give it to you straight (said the queer):

You like Asian women because they’re “docile” and “subservient?”

I’m going to call you out on it.

You like fat women because “they’re less picky” and “give good head because they eat a lot?”

I’m going to call you out on it.

You like disabled women because “they can’t get away as fast?” (Yes, I have heard this!)

I’m going to fucking call you out on it.

Because when it comes to generalizing and demeaning people who are already marginalized and oppressed outside of sex? You need to look inward and ask yourself why you feel this way. Ask yourself what is a fetish, and what is an inability to see marginalized people as dimensional, respectable people with a right to say, “No?”

Would you still want her? Or will you put that unsolicited dick pic away in disappointment, and go cry about it?

Kinksters, I am not here to shame you. I am not telling you not to get your rocks off. I am simply advocating introspection. Got a fetish? Before you go messaging someone asking to put your dick on or in various parts of her, ask yourself: are THEY interested? Are you pushing the issue after they said no? Are you honing in on an aspect that maybe they are insecure about or not interested in flaunting? And are you interested in them based on a tired stereotype?

It is not shameful to analyze yourself, and to respect another person’s boundaries. That is, regardless of what you’re into, a matter of decency and responsibility.

If you like this article, please share it! Your clicks keep us alive!
Tags
kinks
fetishes
fetlife
kink shaming
shame
consent
social justice