From Queer To Cis: My Story Of Privilege And Guilt 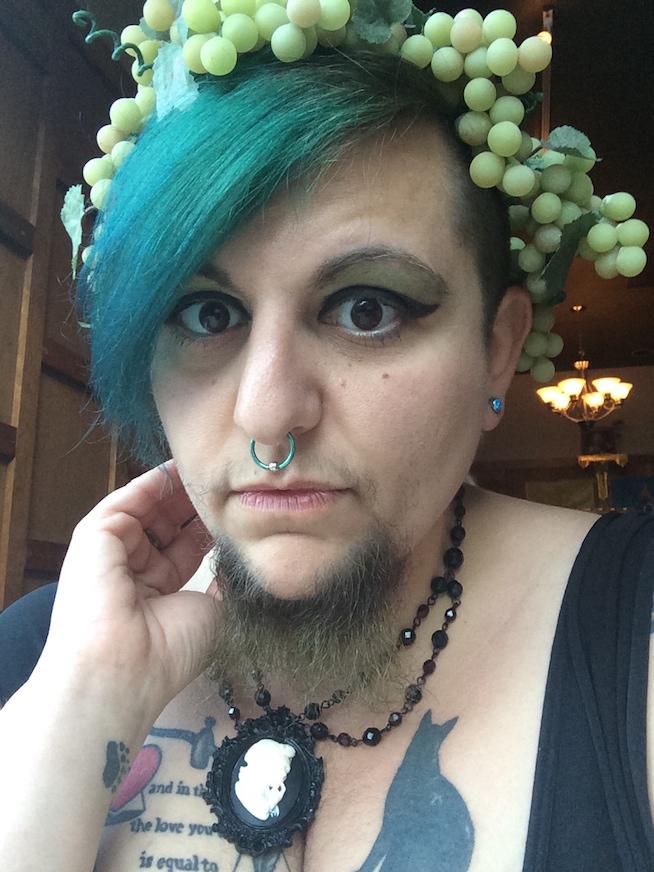 I was genderqueer. That was real. That was honest. That was genuine. And now I’m not. That’s genuine, too.

We say this (hopefully) all the time in LGBTQ-inclusive feminist circles: gender is a spectrum, gender can be fluid, your identity is not a “phase,” and coming out as queer can be hard (and, in some scenarios, even dangerous).

So in 2013, at 30, when I came out as genderqueer, I had the cis world breathing down my neck with words like “attention-seeking,” “delusional,” and “a cry for help.” But to counter that, I had the loving support of friends, communities, and online forums full of people going through the same thing. With marginalization comes the inevitable communion of its victims, bonding while licking their wounds — the art that emerges from pain. And I was honored to be part of it.

So what happens when, two years later, the pendulum swings in the opposite direction? What happens when, after months of silently wrestling with it, waiting for it to pass (it didn’t), agonizing sweaty-palmed over the nomenclature of a coming-out speech, “genderqueer” no longer fits? What happens when it is a phase? I’m going to say what’s been lodged in my heart like a splinter:

After two years of publicly identifying as nonbinary, I now identify as, feel like, and am a cis woman.

Is this a thing that happens? Do people come out — or come back out — as cis?  How do you celebrate that? Unbake a cake? Re-wrap the gifts? Or do you mourn it? Do you shake your head at the person you thought you knew before shuffling back to your respective safe spaces, crestfallen?

You may be thinking, “Oh, poor you. You’re cis. Yes, you have such a hard road ahead of you, what with the entire world being catered to the visibility of your identity.”  And you’d be right. I now have an identity that people recognize, reference, and default to.  I have cis privilege (boyfriend argues that my being a bearded lady negates that privilege, but I don’t feel so emboldened to assume so).  I have the privilege of having a body, a chromosomal makeup, and identity that, as society deems it, “match.” Poor me.

“Reverse discrimination fallacy” is a real thing. Does anyone feel bad for the white guy who claims “racism” when a person of color bests him? NO. Nor should we. So why should you or anyone have any sympathy for what’s happening to me? You shouldn’t.

But that is part of the guilt. It’s the guilt that made me jump ship for less choppy seas. It’s the guilt of abandoning that family, which included several teen & 20-something queers who told me they looked up to me; that they saw me as proof that things will be OK. What am I telling them now? “LOL, just kidding!  Bye!” I’m the wrestler that turned heel, mid-match, unearthing my shiny new (or old) gender identity like a metal chair hidden under the ring.

I looked up from my computer, jogged loose from creating all the aforementioned metaphors in my brain. “How do I know what?”

“How do you know you’re cis?” my boyfriend asked, patiently anticipating another long night of deep conversation.

I shrugged. “How do you know you are?"

I mean, that’s it really. I knew I was cis in the same way I knew I was queer two years ago: lying in bed, after weeks of walking through a fog of uneasiness, letting my mind wander without any “should” or “ought to.” I knew by letting down my guard and just asking myself, “What do you feel?”

That “cis” was the result of long mental hikes, rather than the default, is the bizarre part I have to learn to live with. I can’t help but feel like I’m co-opting the term “coming out” from people who really deserve it. Did I come out as cis, or did I just settle into it?

It doesn’t matter. The point is this: Regardless of whether it’s “good” or “bad” or “right” or “wrong” “treacherous” or “liberating,” cis is what I identify as, what I feel, what I intuit, what I think, and what I am.

And now I’m not. That’s genuine, too.

Will this disappoint some? Yes. Part of being an empathic and sensitive person is learning that for all the storytelling, rationalizing, and even the apologizing that I do, forgiveness lies in the hands of the wounded, not the wielder. I can’t alter, quicken, or manipulate their emotional response. If my coming out (if we’re going to call it that) is divisive? Well, join the club. Many coming-outs are.

To continue wearing sheep’s clothing long after the seams have ripped and the wool is threadbare is by far the greater sin.

So now what happens? Do I ride off on a white horse into the sunset, and celebrate my cis-ness in world that celebrates it with me?

No. And that is the promise I will make. My label may have changed, but my content remains the same.

I will not be an “ally,” that totes how much they love “the community” and pats itself on the back without doing a damn thing about it.

I will be an advocate, and remember not just how the queer community was there for me in my times of need, but how they are people deserving of respect, regardless.

When people misgender someone, I will still correct them.

When people say, “both genders,” I will say, “which two?"

When people mistake me for trans (I get taken for both trans woman, and trans man, interestingly), I will make sure my “no” is never, “UGH, NO!”

I will never claim “cis pride” when the world is proud enough of it for me.

When people insist that a joke isn’t transphobic, I will remind them that unless they’re the target, they don’t get to decide that.

When people use slurs, or make “trap” jokes, or say, “But what are they really?” I will get into some Fuckin’ Real Talk with them.

If my gender identity allows me the privilege of a wider platform to stand on, I’m going to use that platform for good.

Maybe I jumped ship. But I still hope to swim in the right direction.

If you like this article, please share it! Your clicks keep us alive!
Tags
cis-gender
genderqueer
Transgender
little bear
pride