Dear Sexy Film Librarian: What Should I Binge-Watch Through A Breakup? 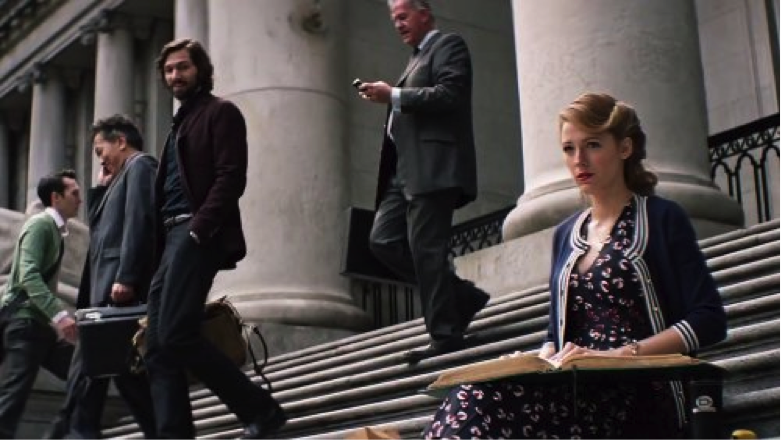 Lots of people can tell you whether or not to see a movie, or how many crude approximations of celestial bodies a given film's merits have earned—but what after? How do we find a film through the ether? So many lost hours spent numbly thumbing through Netflix's queue. There has got to be a better way!

To combat this cultural deprivation, we have enlisted our resident cinephile and discerning critic Clare Eriko to take questions from you, the humble viewer, and help match you up with a good flick.

I just went through a breakup recently, and I feel horrible. I don’t want to get out of bed, I’m depressed, and I have trouble staying motivated. What are some movies that would be a really good escape from these feelings?

First of all, I am so, so sorry you’re feeling this way. Ending a relationship is really tough and emotionally difficult, and there’s absolutely nothing wrong with wanting to lose yourself in a movie for a few hours. Lucky for you, I’ve got a few suggestions.

If you’re looking to go to an actual movie theater (maybe with a family member or close friend) and see something, I’d recommend The Age of Adaline. Adaline Bowman (Blake Lively) meets a philanthropist at a New Year’s Eve party, he takes her home to visit his family and she meets his Dad (Harrison Ford) again for the first time in, like, 40 years. Except she looks like she hasn’t aged a single day. The costumes are stunning, Michiel Huisman is gorgeous, and if you enjoy romantic fantasy films, well, here are some beautiful dreams to get lost in for a few hours.

However, if you’re feeling more “oversized sweatpants, vodka and discount Easter candy at home alone,” I’ve got that covered, too. Just make sure you take a shower every few days.

If you’re in the mood for some amazing late 80s high school movie trash, there’s always Teen Witch. Robyn Lively plays Louise, an unpopular misfit with the most gorgeous big 1989 hair ever. Right before her 16th birthday, she learns that she has . . . magical powers. She uses those powers to become the most popular girl at school, get revenge on everyone, etc. This is an incredibly gratifying Cinderella story.

To be fair, Teen Witch has also become a cult film favorite in its own right. The film is peppered with strange musical numbers, a scene where a teacher is controlled by voodoo and strips in front of his students, and the costumes are insane. But there’s something to be said for living vicariously through other people when you feel shitty, and Teen Witch is a great trip.

If you’re in the mood for something a little stranger, there’s Tabloid, a documentary by Errol Morris. The film follows Joyce McKinney, a former beauty queen who was charged in the 1970s with kidnapping and raping an American Mormon Missionary, famously known as the “Mormon Sex In Chains” case. Morris interviews McKinney throughout the film, paired with accounts from journalists from The Daily Mirror and The Daily Express who covered the case. Joyce McKinney is both charismatic and terrifying in her delusions, but the real, objective “truth” of the story may not even exist. You’re just along for the ride.

Look, I know how you feel. This is awful. Everything is bad, and not good, but I have some excellent news for you and here it is: there is one person in your life who will always cheer you up and make you happy, and that person is Leslie Knope.  Specifically, Amy Poehler as Leslie Knope, in Parks and Recreation. She’s kind, loving, and just wants to do everything she can with the 24 hours in a day to help make her friends’ lives better. Everything.

If you’ve never watched the show before, there are seven seasons of this to lose yourself in as you fall madly in love with Pawnee and everyone who lives there. Sometimes you just need an escape, and that escape should be the kind of Netflix marathon you will tell your grandchildren about.

I will, however, give you the advice that an ex-­boyfriend gave me: Love yourself, start with episode one of Season Two, and never look back.

I just want to remind you again that you’re great, this is going to pass, and I hope that you can use this time to love yourself even more than you did before. Because you’re wonderful, and worth being loved.

If you like this article, please share it! Your clicks keep us alive!
Tags
sexy film librarian
breakups
sadness
Parks and Recreation
Relationships
leslie knope