"Q" Is For Questioning 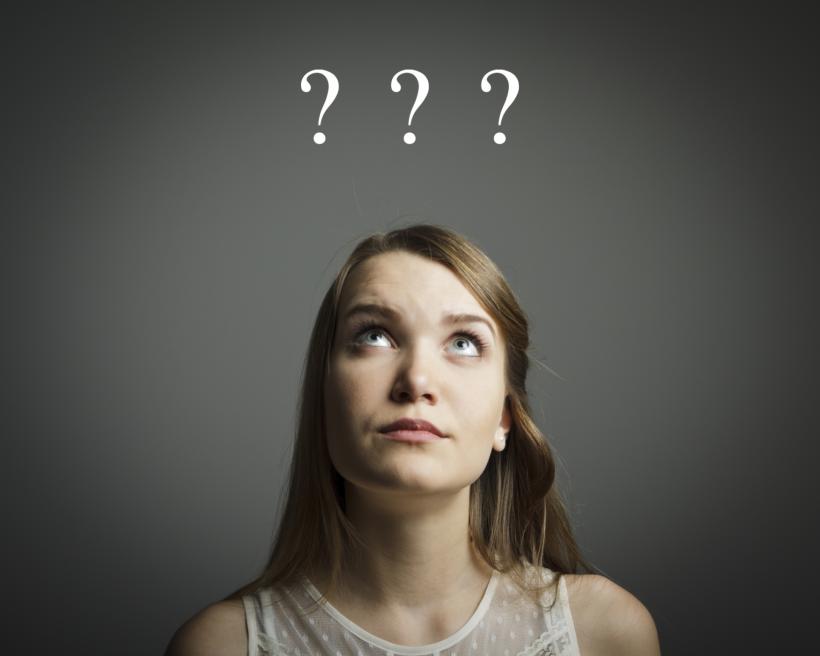 I took the Kinsey Scale test the other day.

A strange choice on the surface for a woman happily married to a man, but sexuality is never a surface element. The clothes you put on your body, the way you style your hair, the way you speak, whose hand you hold—none of these are evidence of who you want to kiss, touch, or sleep with, though they can certainly seem that way.

Unless someone is completely transparent—and who is ever that honest?—it's impossible to determine from a glance, a conversation, even a friendship who someone wants to fall in love or into bed with.

In many ways, that's how it ought to be. Does everyone in your life need to know your proclivities, your kinks (or lack thereof), your every sexual adventure? Probably—definitely —not. But that's easy to say when you're married to someone of the opposite sex; in a court of law, you're innocent until you're proven guilty, but in the day-to-day, you're straight until proven anything else.

And, according to my test results and my intuition, I fall into the category of "anything else."

Mr. Kinsey has labeled me a 2, or, in plain-speak, "predominately heterosexual, but more than incidentally homosexual," only one notch above "equally heterosexual and homosexual." The test, only composed of thirteen questions, comes with the disclaimer that if you feel the results are wrong, then they're wrong. But for me, it rings true.

It may be relatively easy for me to discuss my sexual life, but it doesn’t seem to be for the majority of others. Unless you’re out and proud, there are few pieces to read about what your sex life consists of, what you’re into. And, as I fall into this middle of ground between heterosexual and bisexual, I wish there was someone–preferably many someones—in the same strange camp. Instead, I wander around this metaphorical place, looking for comrades who are either hiding or absent.

In the hope that there are other women like me, other women who fall in this space between, I’ll speak frankly.

I don’t know how long I’ve looked at women as more than compatriots in gender, but being with a woman has been something I’ve wondered about, even yearned for, for many years. I’ll see a woman on the street, some cute girl with tattoos and piercings, or a curvy girl with soft breasts and hips, and been fascinated by the thought of bringing her to bed. Even more intriguing is the fact that my "type" of woman seems completely detached from what men seem to want in a bedmate. I don’t lust after traditional femininity, but find myself drawn down alternative paths. My "gaydar" might not be optimally calibrated, but I don’t feel like I want straight women, or the majority of them, anyway. What I want is harder to pin down or define

I’ve done the college drunken make-out thing, mainly after I broke up with my first serious boyfriend, and, interestingly enough, both girls identify as strictly gay. Why they chose me is a mysterious question. Could they sense my pull toward female sexuality, or was it strictly for fun? A game to play in front of gawking boys? Looking back, I’m not sure, but there are three instances that stand out, and strongly.

The first was my first—the first girl I ever kissed. I was drunk, I was newly single, and I was 20-years-old. She was an adorable red-headed tomboy with a lithe body and open, freckled face. I don’t remember how we began to kiss, but I do remember being into it, curious about it, and certainly not done with it when it ended. Unfortunately, she was still coming into her own as a lesbian, or perhaps she’s on the other side of the scale as me—mostly homosexual, but more than incidentally heterosexual—because she ended up in a spare room with a guy friend of mine, and that was the end of that. She’s now married to an equally attractive girl, and I’d be lying if I said I wasn’t disappointed.

The second was a bit of conversation with a good friend in college. I was dating my second serious boyfriend at the time, and it had already gotten serious—we were living together in an apartment slightly outside of town. Somehow, though, as I sat with my friend in her dorm room, she began to talk about women’s bodies, how they were objectively more attractive than men’s, and as she went into detail I began to wonder where the conversation would lead.

It ended up going nowhere. She was a virgin, I was dating someone I loved, it was the middle of the day, and I was stone-sober, too scared to ask a leading question or even to shift my position on her bed, lest it be taken the wrong way. But I thought about the conversation many times, wondering what if?

The third and final time was closest brush up against an actual exploration of being with a woman, though we never kissed, never touched. I was at a party with my best friend, and neither of our boyfriends were present. It was late, we were giggly drunk, and she asked if I wanted to go upstairs to her boyfriend’s room and “see what would happen.” The answer was yes, I absolutely wanted to, but when I texted my boyfriend to tell him what she had suggested, he (understandably) replied that if I were to fool around with someone else, regardless of their gender, I would be cheating if he wasn’t involved.

Disappointed as I was, he was absolutely right. One of the damning bits about dating a sex-positive man. Then again, I’m certain that if we had gone upstairs that night, our friendship would have collapsed, and the trade-off never would have been worth it. So one, two, three instances have come and gone, and I have never done more than kiss drunk queer girls, some six years ago.

Now I’m married to that same sex-positive man, and anything involving a woman and me would also involve sharing my husband. For the record, I don’t regret any aspect of my marriage. While I’ve been consistently attracted to women, I’ve never wanted to date one, and he is my match in every conceivable light. We’ve talked about my sexuality on many occasions, and have entertained the fantasy of bringing another girl into our bed, but the problem there is typical: jealousy.

I couldn’t imagine exploring that part of myself without my husband—apart from the cheating factor, I would be too nervous on my own, and it would just feel wrong—but I also couldn’t imagine him fucking another girl, even if she were fucking me, too. It seems that while I may be a Kinsey 2, I can only act on it in the realm of fantasy. At least for now.

Maybe one day I'll change my mind, formulate a plan with Mr. Furl, and find our "unicorn," to quote Dan Savage. In the depths of my sexual truth, I hope I can face my fears—of jealousy, of being inexperienced, of getting personal with a vag that isn't my own. Because I'm a Kinsey 2, a girl who loves and lusts after her husband, but wonders not so aimlessly about girls, too, and that side of myself deserves to be nurtured.

Even if, for today, it's just in my writing.