Paranoia Is Killing Our Kids' Independence 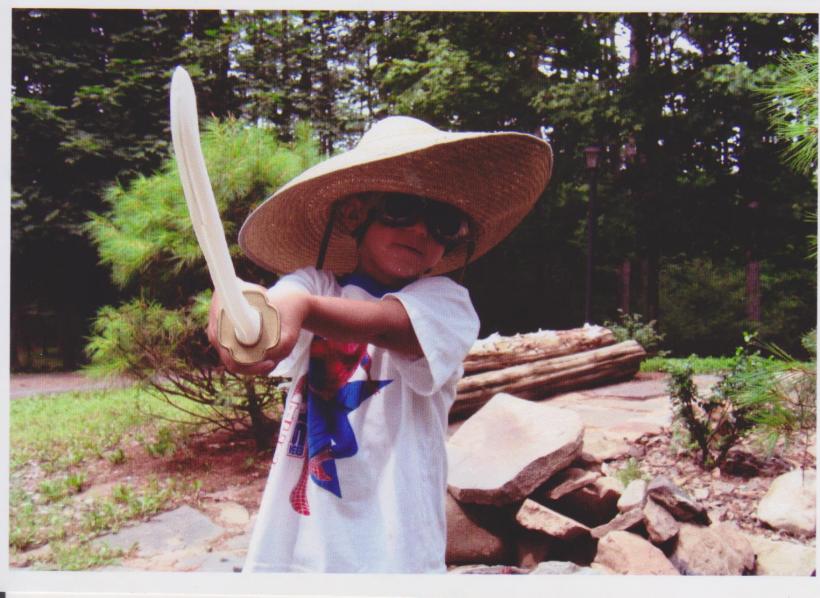 My husband and I agreed: raising a child with an independent spirit who made decisions for himself was a good thing. Unfortunately, society doesn’t seem to share the same opinion. All too often, parents get into trouble for “free-range” childrearing techniques.

A Maryland couple recently was in hot water—twice—for letting their ten and six-year-olds play in the park unsupervised. A “well-meaning” neighbor alerted authorities when the Meitiv kids were spotted walking home alone. A South Carolina woman was arrested for “unlawful conduct toward a child” for allowing her nine-year-old to play in the park while Mom worked a shift at McDonalds. The child was put into protective services.

Once upon a time, neighbors looked out for each other’s kids; now they call the authorities.

I was never one of those parents who chased their kid around the jungle gym. If David fell and skinned his knee, so be it—that was part of growing up, learning to modulate your play and pace yourself. Besides, how was he going to strike up friendships on his own with me constantly hovering on the periphery? I kept an eye on him for sure, but I let my son make his own way, especially on the playground.

Likewise, on the street. When David was a toddler, he loved to ride his Big Wheel everywhere, giving people a “Queen of England” wave as he went. Instead of forcing him to ride at my walking speed, we established boundaries. David knew he could zip ahead of me and wait at the corner. Never once did he venture into the street. But it freaked people out. I’d watch as they’d come up to him and frantically ask, “Where’s your mom?” He’d point to me, usually coming right up behind him.

In the early 1960s, my mother-in-law tells of leaving my then-infant husband asleep in his carriage outside of their apartment building. Keep in mind prams were built like Sherman tanks in those days and couldn’t easily be carried up the stairs. Leaving an unattended baby outside today is unimaginable but it was commonplace back then. When Baby Peter did wake, one of the neighbors would alert her with, “Lydia…the baby’s up!”

As Jody Allard pointed out in her post on free-range parenting, stranger-child abduction is rare. It’s more common for harm to befall kids at the hands of parents or close family members than it is via strangers.

Children need the freedom to play on their own, make up fantasy games and be unencumbered without anyone up their behinds. It builds character and personality. All too often, their every waking moment is orchestrated. Sports are organized and even play dates are pre-planned. Whatever happened to “calling for” your friends on a whim, stopping by their house unannounced, and choosing up an impromptu game of stickball?

A few years ago, we were visiting my sister-in-law in an affluent Virginia suburb. After a day of hiking we were bushed, yet David was still full of energy. While we lazed around on the deck out back, he joyfully played in the front yard, climbing trees and swinging sticks like they were Star Wars light sabers. David’s cousin Rebecca sat in a comfy chair at the living room window, reading. Every so often, she glanced up to check on him.

Suddenly, the doorbell rang frenetically. It was the neighbor across the street. With the bug-eyed zeal of a religious fanatic, she asked about the child playing outside alone. “Is he yours?” she wondered. I thanked her for her concern but assured her that David was fine. He liked his “me time,” and besides, his cousin was keeping an eye on him.

I moved to close the door but CrazyLady wouldn’t budge. “I work with abused children, so I’m concerned when I see a child unattended,” she pressed.

“It’s perfectly normal for children to play outdoors alone,” I told her. “I did it all the time.” And indeed, when I was growing up, we stayed out in the summer until the streetlights came on—our signal to go home.

Finally, the overly-concerned neighbor left, but David, having heard our conversation, was spooked. Self-conscious about his game, he no longer wanted to play outside, and on a gorgeous July day, banished himself to Xbox in the basement.

The next day, when we piled in my sister-in-law’s car for another adventure, there was fevered pounding on the driver’s side window. CrazyLady again, thinking she’d catch Susan alone. She was shocked to find the very same neglectful parent she’d confronted the day before in the car with Sue. Me.

“David’s well loved and well cared for,” my husband assured CrazyLady when she repeated about watching David play outside unattended the day before. This time, she took the hint. Luckily, that’s the last we saw of her during our visit.

Parenting is filled with all sorts of difficult decisions, many of them involving independence. When my small-for-his-age middle schooler began lobbying to ride the subway to school alone, it was a tough call. David was tired of spending an hour on the bus, stuck in traffic, to go a few miles when he could just take the train in four quick stops.

With trepidation, I let him. And do you know what? My 11-year-old was fine. Little did I realize that he had a whole team looking out for him. People along the route kept an eye on him. One day, the crossing guard near our local subway stop asked me, “Are you David’s mom?” (Oh no! What did he do now?) She continued, “He’s such a sweet kid.”

Traveling with me to a school event, David fist-bumped a security guard outside a nearby school. He was establishing relationships on his own without me even knowing it. You see? It takes a neighborhood. You’ve got to trust your kid and your community. I do.