What Rachel Dolezal Teaches Us About Mental Illness 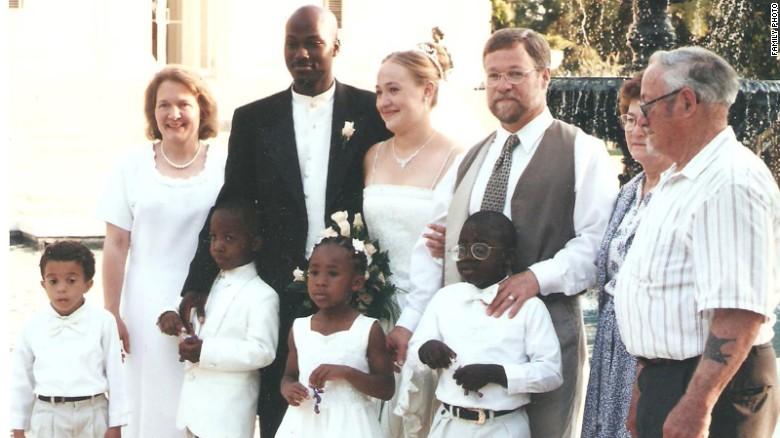 Rachel and her family

It can be challenging to extend compassion to Dolezal when, if she was really black, few people would be trying to explain or understand her actions. Black men, after all, are "thugs" when they maybe steal a pack of cigarettes (or even trash talk on a football field!) but white men are "mentally ill" when they shoot up a school.

By now, the strange story of Rachel Dolezal, the former president of the Spokane chapter of the NAACP who was unmasked as a white woman pretending to be black, has made its way to every corner of the Internet.

At the heart of the Dolezal controversy has been the question of race and what it means to be black. Can a white woman simply choose to identify as black, as Dolezal claims to have done? Does it matter how she identifies herself if she has done good work in the name of civil rights? And, if it is possible for a person to be transgender, is there such a thing as being "transracial," too?

Many writers have already strongly and compellingly explained why it is problematic for Dolezal to co-opt the struggles of another race, and why there is no such thing as being born into the "wrong" race.  But in and amongst these examples of responsible journalism, a pattern has emerged that has nothing to do with journalism and everything to do with sensationalism.

I've never met Dolezal, but I have followed her story. I know that she was born to white parents, who later adopted four black children when she was a teenager. Her biological brother is currently facing trial for accusations of the sexual assault of her adopted brother and another child. Dolezal was voluntarily granted custody of the boy her brother is accused (by her parents) of molesting. That brother has now legally become her son. It is these parents (from whom Dolezal is estranged) who went to the media and unmasked her as white, and she claims that their actions were related to her brother's case (her parents deny that he engaged in any wrongdoing).

Now, I'm not a psychologist, but there seems to be a whole lot of dysfunction and possible trauma in that family history. When you then add in the fact that Dolezal sued Howard University for racial discrimination against her as a white woman, the plot thickens even further. It seems clear that Dolezal assumed the role of protector of her black siblings at a young age, and viewed herself (and them) as victims of her white parents. Presumably, the discrimination she faced by the university (whether real or imagined), led her to believe that she simply couldn't compete in a black advocacy role as a white woman. And, thus, she became a "black" woman who worked tirelessly for civil rights yet also felt personally persecuted (hence the false reports of hate crimes against her family).

Why do these intricacies of Dolezal's story matter? Certainly, they shed light on why she may have made the choices that she did, but they also make it clear that she did not simply don blackface and con her way into a gig with the NAACP for shits and giggles. What initially broke as a story of possibly fraudulent misrepresentation by a public figure quickly morphed into the downfall of a highly disturbed and probably mentally ill woman. Where once there was a compelling public interest in following her story, now there is only schadenfreude.

As the story spiraled into tabloid fodder, you might have expected the media coverage to die down. Instead, the opposite was true, and the story has been covered from every possible angle except one — compassion.

The thing about compassion is that it does not excuse wrongdoing. Offering Dolezal compassion in no way excuses her from the consequences of her actions, and she remains responsible for her choices. But compassion and accountability aren't mutually exclusive.

Now, I am not suggesting that she didn't engage in cultural appropriation. In fact, Dolezal's stunt shifted the focus away from actual black people and created a flurry of negative publicity for the civil rights movement. Each time she spoke about her experience as a "black" woman, she stole that opportunity from an actual person of color. Her actions directly harmed the very people she dedicated herself to protect and the negative impact of her actions on the community cannot be overstated.

But, each new bit of information or interview that comes out solidifies the highly dysfunctional and traumatic relationships in Dolezal's life. It is by no means unlikely that she suffers from at least some degree of mental illness. And while that doesn't excuse her actions by any stretch, it provides a valuable context for understanding them.

The media is well-acquainted with mental illness. Every week, it seems, there is another flurry of articles about how we need to end the stigma of mental illness in America. Yet, the second that a public figure demonstrates even an inkling of mental illness, the media loses its collective mind trying to "out" them. At best, their struggles are chronicled in painstaking detail and at worst they are publicly ridiculed and humiliated. See Amanda Bynes.

The spectacularly lurid details of Dolezal's break from reality have been no different. She has been torn to shreds by every major news outlet, with little attention paid to her humanity. I'm not even sure that anyone still remembers that she is a living, feeling, loving human.

If we are black or allies for civil rights, we should recognize that Dolezal no longer represents that movement. Her highly-publicized downfall achieves nothing for the cause except continuing to distract us from black lives. Instead of devoting our time and energy to endlessly analyzing the actions of one presumably mentally ill white woman, we should return our focus to the black people who were probably murdered by the police in the meantime. I would tell you about them but all I can find are articles about one white woman who pretended to be black.

Meanwhile, as part of the greater cultural conversation, every one of us has to learn to recognize the signs of mental illness and to approach the topic with compassion. The stigma surrounding mental illness will not end until each of us learns to embrace its sufferers with the same amount of compassion that we extend to those with physical illnesses (or even more, since god knows we don't always get that right). Mental illness is common, sometimes devastating, and always life-altering. Ignoring it is bad enough, but ridiculing those who are mentally ill is even worse.

It can be challenging to extend compassion to Dolezal when, if she was really black, few people would be trying to explain or understand her actions. Black men, after all, are "thugs" when they maybe steal a pack of cigarettes (or even trash talk on a football field!), but white men are "mentally ill" when they shoot up a school.

However, the fact that America is racist from here to next Tuesday doesn't mean that we should start treating white people as poorly as we treat black people. It's a good thing that people are beginning to understand how mental illness can influence criminal behavior. The problem is that this understanding, like many other things, is being preferentially applied to whites. The solution is to equalize our understanding, not eliminate it. We need more compassion, not less.

The tragedy of the Dolezal case is that, while we have plenty of resources available to demonize or even arrest her, there are few equipped to help her. That may be the closest she ever gets to experiencing what it's like to be black.

If you like this article, please share it! Your clicks keep us alive!
Tags
Rachel Dolezal
race
racism
NAACP