Why I Didn’t Get Sober Until My Second DUI 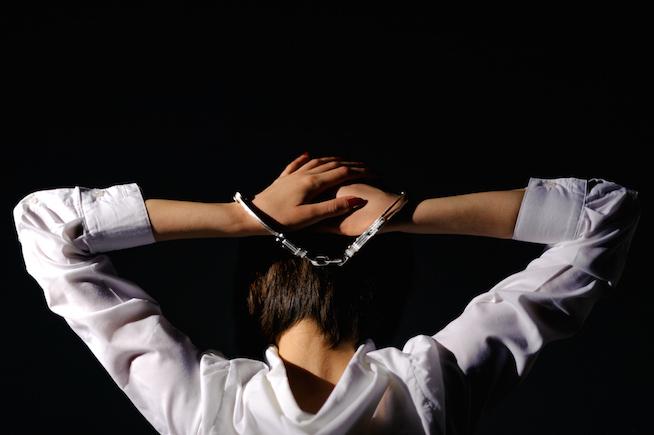 The stark realization came to me; everything bad that had ever happened to me in my life was from drinking and drugging.

I can’t tell you how many people have said to me, “Why didn’t you get sober after your first DUI?” These people were not alcoholics, mind you. They were normal drinkers who didn’t understand why anyone would get a DUI in the first place, let alone — GASP — a second one! It’s pretty normal to hear people at an AA meeting that have had numerous DUIs — commonplace, really. It’s also pretty normal to hear people that didn’t have any DUIs, and they still got sober. I always assumed those people lived in New York City.

I didn’t get sober because I thought I had a problem. I mean, let me explain: I knew I had a problem, I just didn’t give a crap. I was fine living my life like I was still 19. I was 37 years old and I was so not cool.

So here I was, sitting on my second DUI, and I was a bit of a hot mess and befuddled with how I ended up here. How did this happen? It happened because I let it happen. Feeling very defeated and worn out, my solution was to start drinking box wine at home. I had no intention of getting sober — that was never even a thought.

The first DUI wasn’t that bad, really. It was five years prior, and I was visiting family and friends back East over Christmas. I was out at my local watering hole, where everyone knew my name — my own personal Cheers. Driving home, I swerved and hit a couple trash cans on the side of the road. BUSTED! I scurried my butt back to California and had my Dad manage this inconvenience for me. I attended six alcohol education classes and forged a certificate saying I did 20 hours of community service in San Diego. Easy peasey.

Fast forward to five years later, where that fateful night had me out drinking in downtown Carlsbad. I chose my apartment because of the location, as it was close to the downtown bar scene — this way I could drink about town and not worry about driving. Unfortunately for me, that evening it was a balmy 60 degrees and I decided to drive (too chilly for this Philly gal). At 11:30 p.m., I pulled hurriedly into the parking lot of Texas Liquor, just after bumping over a central median. Whew, that was close! Minutes later, sirens and flashing lights screeched behind me and barricaded my vehicle. Struck sober, I soon realized this wasn’t going to be the highlight of my weekend.

Upon instructions from my lawyer, I was given the task of getting a court card signed by attending an Alcoholics Anonymous meeting. He commented to me that since it was my second DUI, they could really throw the book at me. OK, sure, I will go to a meeting. But not tonight — I really needed a drink.

It took over six weeks for me to finally muster enough courage to walk into that AA meeting. What I heard at that meeting was hope. Hope that maybe I could quit drinking, and hope that maybe there is another way to live. Sober.

I ran out of that first meeting before the closing prayer ended and guzzled down two bottles of wine that evening. I drank every day for the next week, where I had my moment of clarity. BAM! The stark realization came to me: Everything bad that had ever happened to me in my life was from drinking and drugging. Everything. I had nothing to show for my life. The realization that I could have killed someone while driving drunk never really hit me until I got sober. As pathetic as that sounds, that’s the truth and I’m sure most alcoholics will agree. It isn’t until the light bulb goes off that we finally get it.

On that seventh day, I ended up at a large speaker meeting where I purchased a Big Book and heard a woman share my story. I figured I should give this sobriety thing a shot. I had no other options.

I haven’t looked back since, and today my life is better than I ever could have imagined. I’m grateful I never lived in NYC, as it was my second DUI that saved me.

If you like this article, please share it! Your clicks keep us alive!
Tags
aa
alcoholism
addiction
recovery
DUI
alcoholics anonymous