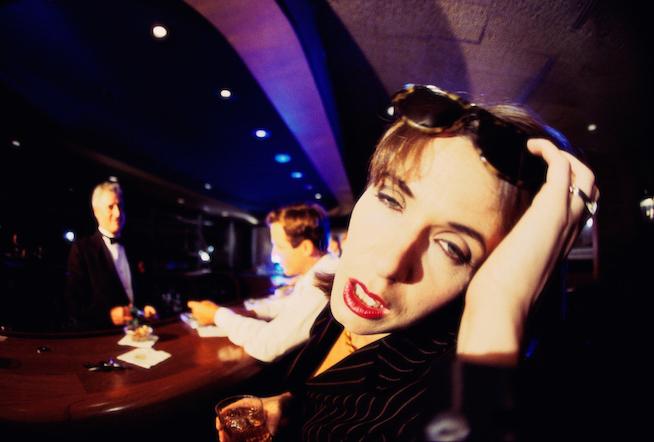 "Getting sober wasn’t that much fun, but the benefits of being sober and living a life with freedom and unlimited possibilities are so amazing."

A few years ago I wanted to drink. I was having a very bad time in my life and just said, “F*&K this noise - I wanna drink.”

I’m lucky because I got sober at my second AA meeting. After my first meeting, I ran home and drank for five days straight. I came back and decided to give the sobriety thing a shot. I’m one of the lucky ones, in that I haven’t had a desire to go back out and test my disease. However, I’ve been around the program of AA for a while and sadly, I’ve seen a lot of relapse and even worse, I’ve seen a lot of suicide and death due to the disease of alcoholism and drug addiction. Through my journey of sobriety I’ve had a pretty good ride, but let's face it, life gets lifey — whether or not I’m in recovery. The most challenging things are the things that have strengthened my recovery. I’ve gone through a couple breakups before meeting my now husband and I thought going through that was the worst thing possible. I had nothing to numb the pain, and what they don’t tell you in early sobriety is that you get to feel every emotion and live through life each day. The icing on the cake, and there is a lot of cake (literally) when you get sober, is that you get to come out the other side a better version of yourself. When I lost my mom a few years ago, that was very challenging — but again, life happens and I did what I needed to do to maintain my sobriety. Time and time again, I fall back on these five things — they have without a doubt sustained my recovery, and I’m so grateful that I just keeping putting one foot in front of the other.

One of the things that was imperative in me getting and staying sober was getting a sponsor. In early recovery, I often heard “did you get a sponsor yet?” So when I was a couple weeks sober, I got one and she was amazing. She was exactly what I needed at that time. She was there for me, took me through the steps and she got me I could tell her anything and not feel judged or ridiculed. I’ve switched sponsors a few times, as I’ve moved around a bit, but I’ve always had one and each one of those women have been lifelines for me. I don’t know where I’d be without them.

I came to my first AA meeting to get my court card signed for my second DUI. I didn’t go there because I wanted to. However, I kept coming back, and very early on in my recovery, I liked going to meetings. They spoke my language and understood me. I found my tribe in AA. My closest friends and confidantes are all from AA. I met my husband at an AA meeting (not sure I would recommend that, but that’s a whole other conversation). In moving around a lot in sobriety, I’ve been able to walk into any meeting in any part of the country and feel “at home,” as we like to say. It’s an integral and sustaining part of my recovery, and I’m forever grateful to the rooms of Alcoholics Anonymous.

Early on in recovery, a lot of women would give me their phone numbers and tell me to call them. I thought to myself, “Why on earth am I calling you? What is in it for me?” That’s how I thought about most things before I got sober: what do I get out of this? I soon realized picking up that 100-pound phone was the best way to get out and share what was going on with me. It was a mini-meeting. Today I talk to at least two women per day about what’s going on with me and vice versa, and it's been a lifesaver for me. A few years ago I wanted to drink. I was having a very bad time in my life and just said, “F*&K this noise — I wanna drink.” I called my sober bestie and she came right over and picked me up and took me out for coffee. I didn’t drink that day. The colossal problem I had at the time took care of itself, and I didn’t need to drink over it — because I called someone.

An important part of my daily serenity comes from prayer and meditation. Besides the fact that it’s part of the Twelve Steps, it’s now just a normal part of my daily life and routine. Every morning (or most), I read from a couple spiritual books, pray, and then take about 5-7 minutes to meditate. Each evening I say a quick prayer and thank God for keeping me sober. That’s it. The simpler I keep it, the easier it is for me to maintain.

I admit getting sober wasn’t that much fun, but the benefits of being sober and living a life with freedom and unlimited possibilities are so amazing it's almost too difficult to put into words. During my first year of sobriety, I was asked to go see one of my favorite bands — however, now I was sober. How was this experience going to be? I was apprehensive and scared, and hoping I’d have as much fun as I’d had pre-sober days. I went and it was amazing — I didn’t have to worry about making sure I had enough to drink, how much money I was going to spend or losing my friends at the show, or worse yet, driving home wasted after the concert. I was able to be present and participate in the concert and enjoy the moment.

Getting sober and staying sober are two different animals. I truly believe sobriety is a gift, because when I’ve had a shitty day, I wanna go drink. I’d be lying if I said I don’t think about drinking, because I do. I don’t know why I haven’t had a relapse. I can’t explain that, but what I can explain is that if I keep doing the daily things listed above, I am pretty sure I will have a decent chance of staying sober that day.

If you like this article, please share it! Your clicks keep us alive!
Tags
alcoholism
aa
relapsing
addiction
tips about relapsing
sobriety