Why I Don't Want To "Get Over" My Grief 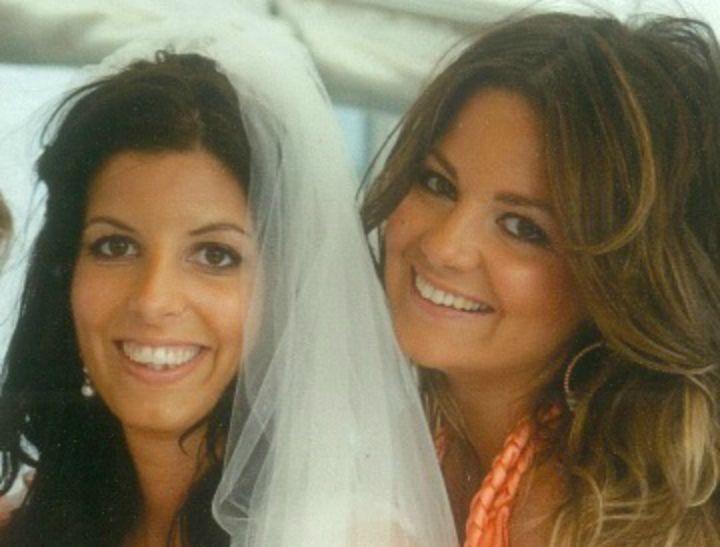 The author (right) and her sister. Image: Mamamia.

My sister died last August of metastatic breast cancer. When she first found the lump she was 32 and three days into her honeymoon. Treatments proved only temporary.

It’s said that one of the simplest and saddest stories is Ernest Hemingway’s “For sale: Baby shoes, never worn.” I thought about those six words as I sorted through my sister’s clothes. There were exquisite summer wedges and graceful high heels — never worn — and recently delivered parcels containing floral dresses, bikinis in brilliant tropical colours, ordered in the grey days of June and still wrapped in pink tissue; never to be worn. I didn’t make it halfway through the wardrobe before grief arrived, uncontrollable.

My sister died last August of metastatic breast cancer. When she first found the lump she was 32 and three days into her honeymoon. Treatments proved only temporary. Soon it returned in her lungs, liver and bones. Still, she remained full of hope, with an irrepressible will to live until she could dress up for spring parties again and lay down at the beach with a pile of magazines.

I’ve read that grief is like an earthquake. The first wave cracks your world open. Then there are aftershocks and you never know exactly when they’ll strike. It’s true. I know there’ll be days when I’ll miss my sister as intensely and overwhelmingly as I did on the day she died, forever. I wouldn’t want to change that, for those are the hardest times, but they are also the moments I feel closest to her. Anything can cause a tremor. Over the past 12 months I’ve found myself inconsolable over notes with her handwriting, slid into books, a strand of her hair caught in a scarf, the scent of her perfume still lingering on a collar, or just a beautiful, clear blue sky. I never thought that looking at the Bureau of Meteorology website would make me cry, but grief tinges everything.

We both adored the summer and sunshine, and we both would wait for that day in September when the season turned. I stumbled through the weather forecast when she asked me to read it out to her in hospital three days before she died; the warmth we loved was coming and I knew she wouldn’t be here to feel it. Tears filled my eyes — but she never let us talk about her dying. She painted her toenails a bright coral before she was admitted to hospital for the last time, and packed her toiletry bag full of new make-up, just like she was heading off on a holiday. Sometimes it does feel as if she’s just gone away for a while, to live for a year in another country, and I find myself making mental notes of all the things I’ll have to update her on when we next speak. It’s one way to deal with her absence, day-to-day, but eventually reality intrudes. She’s not coming back. I will never speak to her again.

One of the last conversations we shared before she lost consciousness was a joking chat about bikini waxes, just like (being sisters so close in age) we always had. It’s a tender memory. Grief makes you hold on to surprising things. Without the significant deathbed moments that Hollywood teaches us to expect, the mundane becomes precious. I was not prepared for the dreams either. Dreaming that we are together again, laughing and joking and closing our secrets from the world, is both one of the most joyful and most cruel aspects of grief. Then there are the nightmares where I am back in the hospital room, desperate to keep her here with me. And I can’t, no matter how tightly I hold her hand.

I’ve found that people want you to say your grief is lessening after a year, but I won’t. Perhaps, eventually, it will change shape and no longer be as sharp and stabbing, but it will always be the same size — the size of the love I had for her. In a society where most support services are designed to help you ‘recover’ from your loss, this may be hard to understand, but I wouldn’t have it any other way.

I was her little sister, so I’ve never known a world without her. When I looked out of the hospital window on the morning she died, the world had changed irrevocably. Most things still looked the same, but to me it was as different as if every building had crumbled to the ground. It’s still a world that I don’t know, or want to learn, how to live in, but slipping on one of her colourful dresses, a pair of her dazzling high heels, I remember her strength, her optimism, her incredible endurance, and I try to walk a little stronger into the sunlight.

If you or someone close to you are dealing with grief or feelings of loss, they may find support at http://www.grief.org.au and http://www.compassionatefriendsvictoria.org.au/.

Ryan ‘Fitzy’ Fitzgerald talks about his grief at the loss of his baby daughter.

If you like this article, please share it! Your clicks keep us alive!
Tags
grief
loss
death
death of a sister

Why I Don't Want To "Get Over" My Grief
Maya Linden