Why My Divorce Was The Best Thing I Ever Did 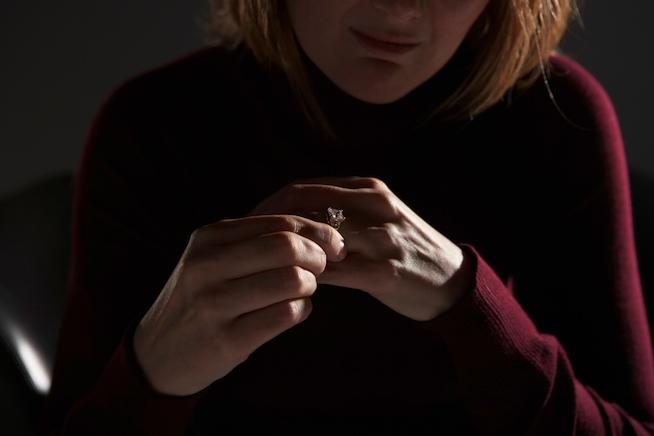 Sometimes it has to happen.

Slowly but surely, I figured it out. I learned to juggle in ways I couldn't have while I was married. Every decision was mine alone. Sure, in the beginning, I got it wrong, but eventually, I started getting it right.

I don't exactly advocate divorce for anyone with a gripe about his or her spouse. Whatever I think of my own divorce, it's not something to take lightly. Divorce is serious. It's the death of a relationship, the end of something that was supposed to last forever. It must be grieved.

But damnit, sometimes it's the best thing we can do for ourselves.

I stayed married much longer than I should have for a million and one reasons:

Not one reason had a thing to do with the man I was married to. I didn't tell myself I loved him. I couldn't convince myself that he would change. By the time I seriously contemplated divorce, I'd resigned myself to the idea that he would always be who he was, and I would have to deal with it, regardless of how much I hated it.

I don't know how I would have felt if I still loved him when we parted ways. I can't imagine how much harder it would have been.

The reality was that by the time we figured out the terms, filed the paperwork, and received word that we were no longer legally tied to one another (not counting the ties we'll have forever because of our children), I was more than ready to move on. Life needed to change and fast.

Let's be clear here. The place I'm in today looks nothing like the post-divorce aftermath.

I spent plenty of time crying, wondering if it was better to be in a bad marriage than so freaking alone. I paced the floor most nights, trying to figure out how I could stretch one dollar into two. I sent desperate text messages to family, dying on the inside while I admitted I couldn't afford groceries that week — could they spare $50?

No, at that point, the single mom life seemed like a bad nightmare.

Slowly but surely, I figured it out. I learned to juggle in ways I couldn't have while I was married. Every decision was mine alone. Sure, in the beginning, I got it wrong, but eventually, I started getting it right.

I gained confidence in myself as a mother and a woman. I stopped needing to bum money from anyone — and I stopped expecting child support (since it never arrived). I learned to do it on my own, and I realized I could make good decisions.

Those darkest, hardest moments after the divorce taught me so much about myself. Things I should have realized but had never taken the time to think about:

Did my divorce magically reduce the anxiety, stress, and loneliness I'd felt in the last few years of my marriage? Uh, no. It actually amplified those feelings by about 1,000%.

But instead of pretending I had a partner and waiting around for help, my new single status forced me to figure out my life on my own. All these years later, my ex wouldn't recognize the woman I've become. I am nothing like the woman who screamed, yelled, slammed doors, cried in the bathroom, and finally gave up on myself, him, and us.

Should every marriage end in divorce? God, I hope not. I need to believe happily ever after exists. But can those of us who survive divorce come out on the other side better than before? Definitely — as long as you're willing to kick a bunch of proverbial ass (including your own) to get there.

If you like this article, please share it! Your clicks keep us alive!
Tags
divorce
marriage
getting a divorce
happily divorced