The Body Acceptance Movement Is Ignoring Some Really Important Bodies 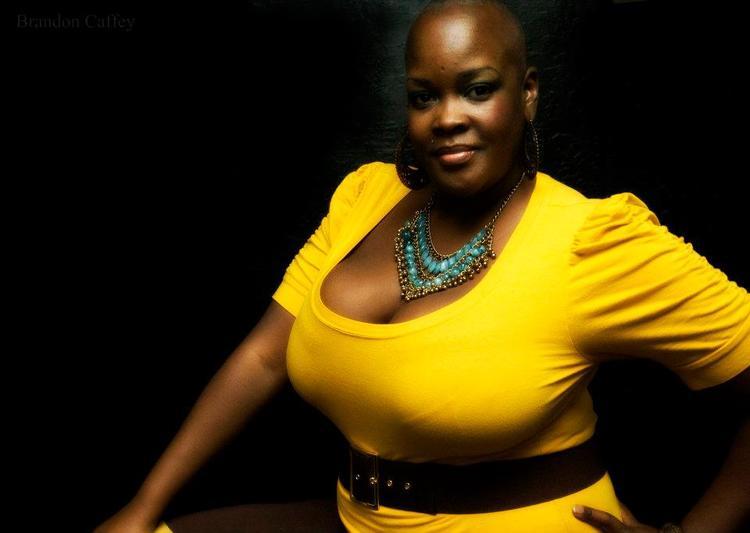 And any time that a “feminist” movement shrugs its shoulders — or rolls its eyes — at intersectionality, it’s failing big time.

Uh, in case you haven’t noticed, the body acceptance movement has a bit of a body rejection problem.

Namely, anyone who isn’t a thin, white, able-bodied, straight, middle class, cisgender woman gets left out of the movement altogether — which, in my opinion, isn’t very accepting.

Essentially, the movement is made for people like me (well, except that I’m not straight) and is kind of like, “Good luck, everyone else!”

And any time that a “feminist” movement shrugs its shoulders — or rolls its eyes — at intersectionality, it’s failing big time.

So if you’re scrolling through your Tumblr dashboard or your Twitter feed, realizing that, yes, actually, most of the “body-posi” people you follow fall into the categories I listed above, it might be time to diversify your go-to social media badasses.

1. This Is Thin Privilege

Anyone who knows the first thing about fat acceptance is probably already following the likes of Tess Holliday. She’s gotten a ton of amazing press lately for all of the incredible things she’s doing, including her hashtag #EffYourBeautyStandrds. But as much as I appreciate the waves she’s making, her politics usually aren’t too hot (she’s no Jes Baker). I need a more heaping side of radicalism with my fat acceptance, please.

And if you’re like me, then look no further than This Is Thin Privilege, a Tumblr blog that “showcases examples of thin privilege in order to illustrate fatphobia and fat discrimination.”

But also if you’re like me (as in thin), recognize when it’s time to hush up and learn. This is a space for pointing out examples of thin privilege — from families, friends, professionals, doctors, and in media — not questioning it.

And if you’re the kind of person who thinks that, automatically, your feelings and opinions are necessary to insert into every conversation — well, then, this is just the blog for you, because it’ll teach you how that’s so not true.

This blog is not for the weak of heart, as they serve their cultural critiques from a place of sass. But learning to sit in your discomfort when a privilege that you hold is being examined is a necessary step toward being, well, a better human being.

I also recommend following badass babe Cathy Bouris on Twitter, who is always stunning me with her on-point analyses (and makeup). Also, Chronicles of a Mixed Fat Chick and See Body, Love Self are blogs run by two amazing women (Pia Schiavo-Campo and Ivy La Artista, respectively) who represent multiple marginalized identities.

2. The Body Is Not an Apology

Finding a spot on the Internet that honestly, compassionately, and intentionally is like, “Hey — let’s talk about all the body issues” isn’t easy. But The Body Is Not an Apology — run by the ever-amazing thinker and poet, Sonya Renee Taylor — isn’t here to talk about body image from a singular place.

Audre Lorde wrote, “There is no such thing as a single-issue struggle because we do not live single-issue lives.” And The Body Is Not an Apology lives by that rule.

Hell, even the About TBINAA section on their website includes answers to the questions of “Why are we radical?” and “What is body terrorism?” And those are necessary concepts to understand because, according to them, “Your body needs you to love it today, just as it is, however it is, unapologetically.”

How can you not like the intersection of body image and, oh, everything? That’s why Adios Barbie, run by Pia Guerrero, exists. Adios Barbie was the first intersectional body image site to pop up on the world wide web — all the way back in 1998 — and believes in “creating a world where everyone is safe and at home with who they are.”

Meanwhile, Wear Your Voice Magazine is an Oakland-based organization dedicated to “representing women” and “redefining media,” all with an intersectional spin.

If you don’t already know the word “decolonization,” poke around Nalgona Positivity Pride for enough time, and you’re sure to walk away with an idea.

Run by Gloria — a self-described “chubby warrior,” “Xicanista,” and “cat lover” — Nalgona Positivity Pride is centered in Los Angeles and is “one of the first Xicana/Brown*/Indigenous body-positive sites to emerge in recent years.” (Note: “Brown,” in this context, “refers to the mixed descendants of the indigenous from [what is known today as] the Americas.”)

Nalgona Positivity Pride hosts, among other things, an Etsy shop and an eating disorders support group committed to ending the racism, colonialism, ableism, homophobia, and other oppressions that “are all factors that lead to violence relationships with food and the phenomenon of destitute body image in communities of color.”

In other words, Nalgona Positivity Pride recognizes the ways in which systems of oppression come together to create and exacerbate stress on marginalized bodies, leading to the development of self-destructive eating behaviors in pursuit of a white supremacist, capitalist, cisheteropatriarchal ideal. And they’re on a quest to make sure that those most affected by these intersections of oppression find healing through community and education.

If you’re interested in body acceptance activism with a strong focus on race politics and decolonization, I highly recommend checking out the work of Virgie Tovar, who also specializes in the intersection of sexuality (and comes up with the best hashtags). Further, two of my best friends — Raquel Reichard and Sonalee Rashatwar — do similar work. Raquel is an expert in the intersection of race, gender, and media and has written on how race complicates eating disorders.  And Sonalee offers workshops in both fat positivity and the decolonization of sex positivity.

Further, Thick Dumpling Skin is an online community founded by Lynn Chen and Lisa Lee “for Asian Americans to share and discuss [their] unhealthy quest, past and present, for the ‘perfect’ body.” And if you’re into poetry, I highly recommend the work of Nayyirah Waheed.

In my quest to do eating disorder research that doesn’t focus solely on the most privileged demographic, I’m coming across a lot of interesting research on the intersection of trans identity and eating disorders — and by “interesting,” I mostly mean “frustrating.”

And that’s because all of the research wants to focus on is how eating disorders might be used to suppress secondary sex characteristics, as though the only reason why a trans or gender non-conforming person might develop and eating disorder is because they’re trans. And I think that’s way too narrow of a way to look at it.

Luckily, there are brilliant organizations like Trans Folx Fighting Eating Disorders out there who are simultaneously fighting cis-centric standards of care. And that’s because they believe strongly that eating disorders are social justice issues — which, hell yeah, they are.

And they’re at the head of this movement, offering both community healing and professional training.

Both queer and trans issues need to be prioritized in body acceptance movements, and luckily, there are plenty of people who are making sure that that happens. One of my favorite people, Sam Dylan Finch, for instance, who runs the blog Let’s Queer Things Up!, offers amazing insight and compassion into the ways in which queer, feminist politics intersect with people’s lived experiences. And he even has a guest essay in Jes Baker’s new book, Things No One Will Tell Fat Girls.

Also, if you’ve never checked out the spoken-word performances by South Asian trans duo Dark Matter, prepare to be both blown away and schooled. And one-half of Dark Matter, Janani Balasubramanian, has written some brilliant essays on who gets left behind in eating disorder discourse, including these two.

And I would be remiss not to also mention Queer Fat Femme and No Lose as amazing sources of body acceptance information of the queer persuasion.

Because, really, body acceptance needs to include all bodies — and I don’t just mean fat, skinny, athletic, and everywhere in between. I really mean all bodies — especially those that are most often the targets of oppression.

So who are your favorite folks in the movement to follow? I’m constantly working to broaden my horizons, too, so if you could tweet them to me, I’d really appreciate it.