Kesha Saved My Life — And Is Still Saving It 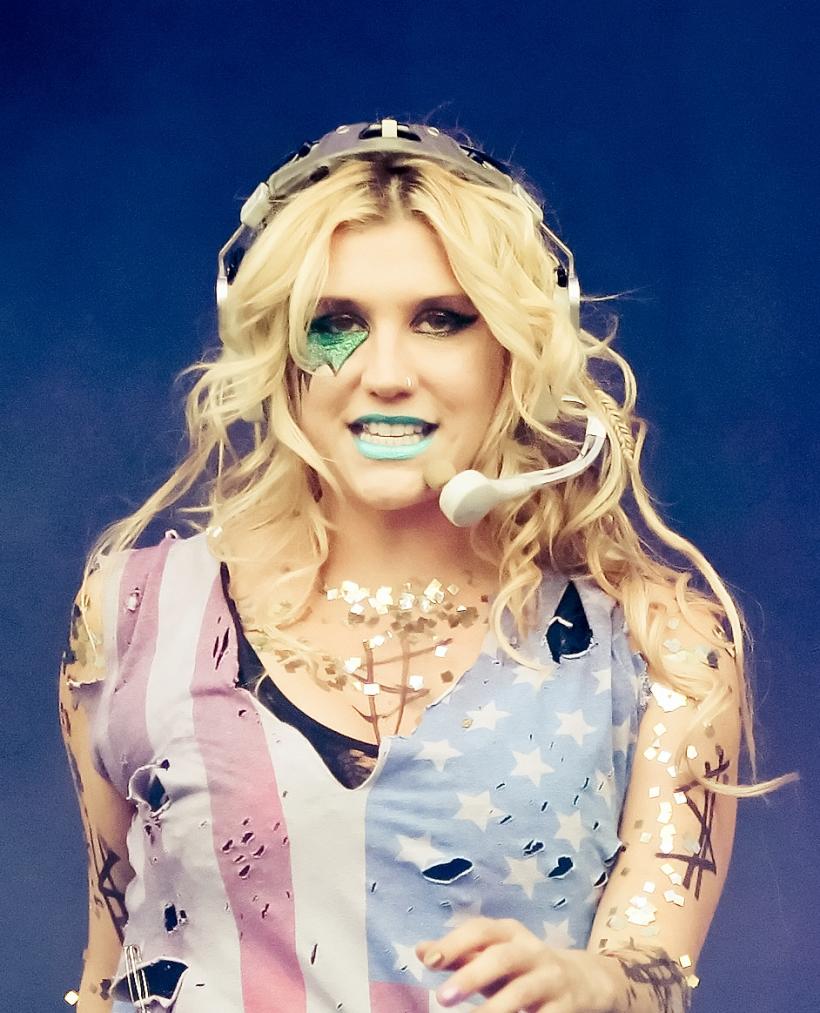 She’s more than mindless, fluffy pop music and she always has been. She’s an incredible vocalist and a great songwriter. She gave me hope when I needed it most, and I wish I could do the same for her. Image: Wikimedia.

I often feel weak and vulnerable. I find myself wondering if the trauma of a lifetime of sexual violations will ever go away, if my body will ever feel like it truly belongs to me.

Many, many people are outraged over last week’s court ruling that determined that Kesha would not be able to leave her contract with Dr. Luke — the man she alleges drugged, raped, and sexually abused her for years.

I stared at the picture of her sitting in the courtroom sobbing; I read the news stories, and I cried, too.

But in order to truly understand the depth of my feeling about this particular issue, you need to understand my feelings about Kesha herself.

I truly believe that Kesha saved my life.

Kesha gave me that hope. It was the first bit of light to shine into the very dark place I was in at the time.

Well, her music did, anyway. In 2011, I entered rehab for alcohol and cocaine addiction. My very first night there, a group of us were set to drive to a Narcotics Anonymous meeting in town. The large van — known as the “Druggie Buggie” — was full, so five us squeezed into a white compact car.

The radio turned on and the first song of Kesha’s album “Cannibal” (the album’s namesake) blared over the speakers.

I have a heart, I swear I do

But just not baby when it comes to you

The windows were down and it was a brisk November evening in New Hampshire. By the time the second song — her megahit “We R Who We R” began — all five of us were singing at the top of our lungs.

We are who we are

I listened to her music on repeat for the four months I was in treatment. Her song “Crazy Beautiful Life” was my saving grace. The lyrics made me feel like everything was going to be OK, that there was a reason I was going through this, that my life was beautiful. That song still moves me to tears because it brings me back to that moment in my life — a time when that song gave me so much when I had so very little.

Three years after my own stint in rehab, Kesha announced that she was entering treatment for an eating disorder. Instead of just having her publicist give a vague statement about exhaustion, she courageously admitted where she was really going and why. We know now that this eating disorder was brought on by the verbal and sexual abuse she suffered at the hands of Dr. Luke.

But at the time, I saw someone owning her shit, and I saw someone whom I viewed as a kindred spirit in so many ways walking a path I had walked, too. In her announcement, she said, “I’m a crusader for being yourself and loving yourself, but I’ve found it hard to practice. I’ll be unavailable for the next 30 days, seeking treatment for my eating disorder... to learn to love myself again, exactly as I am.”

And I cried, because I know that place so well. I have been there and it is so hard, particularly for someone like Kesha, who lives her life in the public eye.

I cheered her on even more when she announced that she would be staying longer than 30 days, because she needed more help. It’s the same decision I had made for myself — I entered rehab intending to stay for a month and ended up staying four.

What I found while I was there was myself. For years, I had been hiding behind a persona. I’d been blogging anonymously behind a carefully-constructed image — strong, empowered, brash, someone who didn’t give a fuck.

But the truth was that I gave so many fucks.

When I finally left treatment, I decided I was going to allow the domain for my blog to expire and I was going to change my Twitter handle to my actual name for the first time in my life. I was done hiding.

I watched in awe as Kesha emerged from rehab and announced she would be dropping the $ from her name and would just go by Kesha — her given name. She also changed her Twitter handle from @keshasuxxx to @kesharose. Her journey to authenticity mirrored mine in many ways, but she was doing it on a much larger scale. I was inspired by her strength. I am not someone who cares much about celebrities, but I cared a lot about Kesha — someone I’ve never met, nor ever likely will.

I don’t know if Kesha ever set out to be anyone’s hero or role model, but that’s what she is to me.

And then she sued Dr. Luke, sharing details of the sexual abuse that she’d suffered over the course of her career, and I cried. I cried because it is so powerful to see yourself reflected so fully in a celebrity, in someone who is supposed to be infallible and larger-than-life.

I cried because I realized that no woman is immune from the reality that we live in a world in which men think they own our bodies, in which men take what they want from us because they feel entitled to it.

After her lawsuit was filed, Kesha arrived at New York Fashion Week 2015 in a dress with the words “You Will Never Own Me” emblazoned across the front in sequins. It was such a bold, brave message, such an unapologetic owning of her body, that I audibly screamed when I saw the image. I often feel weak and vulnerable. I find myself wondering if the trauma of a lifetime of sexual violations will ever go away, if my body will ever feel like it truly belongs to me.

And then she reminded me that it does belong to me and it will always belong to me. It is this image, Kesha standing strong and unashamed, that I wish was plastered all over the news instead of the image of her crying in a courtroom.

I don’t know if Kesha ever set out to be anyone’s hero or role model, but that’s what she is to me. She is a woman who has shared herself and her struggles with the world, even when it would be easier not to. She is someone who has never apologized for who she is and what she is going through, because she has nothing to be sorry about.

She is who she is, after all.

What no one did for me in the aftermath of my assault was to stand up to my rapist and tell him that they wouldn’t be his friend, that what he did was not OK. I hope that it’s different for Kesha.

I hope that, finally, a woman receives something more than punishment for daring to speak up about the abuse that she’s endured. I hope that what Kesha is given is an industry that stands behind her and lifts her up, and a career that flourishes when she’s finally able to make music again — her music.

Kesha’s case matters for a lot of reasons that are bigger than her or me. It matters on a systemic level, as it’s such a clear demonstration of how women are treated in our society. Her recent Facebook post shows that she does not plan to shy away from that either. In it, she says:

“...But at this point, this issue is bigger than just about me. I think about young girls today – I don’t want my future daughter – or your daughter – or any person to be afraid that they will be punished if they speak out about being abused, especially if their abuser is in a position of power… We're all in this together. You are not alone.”

But on a purely selfish and personal level, it matters to me because Kesha matters to me. She’s more than mindless, fluffy pop music and she always has been. She’s an incredible vocalist and a great songwriter. She gave me hope when I needed it most, and I wish I could do the same for her.

Thank you, Kesha, for everything you do. You have made a difference in my life, and I hope you know that you matter a whole lot.

If you like this article, please share it! Your clicks keep us alive!
Tags
kesha
Dr. Luke
addiction
recovery
abuse
Rape